This time we'll experiment with a quick way to architecture a Rails
application to use Pub/Sub instead of model callbacks.

Rails active record models easily become bloated, that's where most of
the business logic tends to live after all. One of the most common sources of
technical debt in Rails apps is callbacks. Models become god-objects
with dependencies to other models, mailers and even 3rd party services.

When it comes to refactoring this coupling, I usually recommend
extracting all callbacks to stateless functions which can be composed to
form pipelines. One can use dry-transaction for that.
My love for such composable architectures led me to create Opus for Elixir.

I'm also quite proud that callbacks got deprecated in Ecto 🎉.

The solution which is the focus of this post is Pub/Sub. The models will publish
events concerning database updates. A database record gets created /
updated / destroyed and then a subscriber does something, or ignores the event.

We'll lay the foundations for this ten minute implementation on top of
ActiveSupport::Notifications. Originally
introduced as an instrumentation API for Rails, but there's nothing
preventing us from using it for custom events. 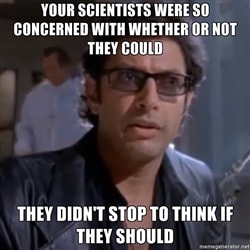 Some facts about ActiveSupport::Notifications.

In this experiment, we'll cover the following scenario:

First we'll create a model concern which we can include to our User
model to publish events each time a record is created.

Then we must include it in our model.

Finally, we have to initialize the subscription.

The more listeners you add, the slower it becomes for an event to be
handled in sequence across all listeners. This is similar to how an
object would call all callback handler methods one after the other.

They're also not suitable for callbacks used to mutate a record like
before_validation or after_initialize.

Furthermore there are no guarantees that an event will be processed
successfully. Where things can go wrong, will go wrong. Prefer a
solution with robust recovery semantics.

For enhanced flexibility, we can push events to Redis or RabbitMQ or Kafka. How
to pick one according to your needs is beyond the scope of this post.
However you can consider yourself lucky, since there are tons of resources out
there and mature libraries to build your event-driven system on top of.

Singleton Design Pattern and different ways to implement it in C#

Component Principles: The concept behind the code

Once suspended, zorbash will not be able to comment or publish posts until their suspension is removed.

Once unsuspended, zorbash will be able to comment and publish posts again.

Once unpublished, all posts by zorbash will become hidden and only accessible to themselves.

If zorbash is not suspended, they can still re-publish their posts from their dashboard.

Once unpublished, this post will become invisible to the public and only accessible to Dimitris Zorbas.

Thanks for keeping DEV Community safe. Here is what you can do to flag zorbash:

Unflagging zorbash will restore default visibility to their posts.