A programmer is required to have several abilities at work. To do programming-related tasks, we must have the ability to solve problems, especially in creating and correcting various syntax errors in programming that has been made. 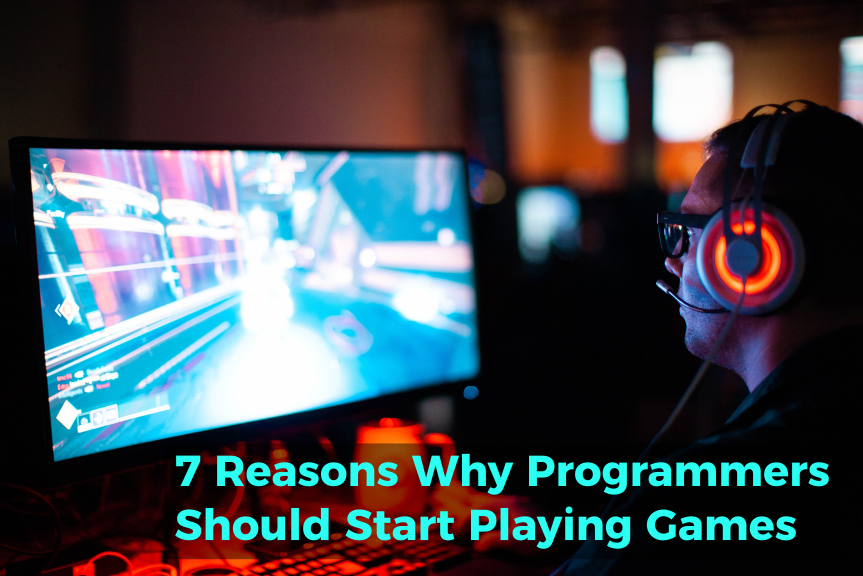 Some reasons why programmers should play games:

Friends, maybe you don't know much about the benefits when someone plays games? There are many benefits from playing games that we can get. For example, to increase memory, hone logic by helping someone solve the puzzle in the game.

Video games are a medium for learning how someone can solve the tricks in the game. Friends also need to remember the instructions when starting to play, because at the beginning there will usually be a guide related to the next level.

Then what is the relation with the programmer? Of course . By playing games you can train logic to think sequentially and train your memory. With so many puzzles available, we can practice what to solve to start making a program.

Friends must have known the difficulty of playing high-level games, where a game makes gamers think more deeply to conquer the game. Players who have often played the game usually know the simplest strategy to be able to beat the high difficulty levels.

The habit of strategizing when playing games can generate unexpected ideas when trying to solve a problem while coding.

As a programmer, you are required to develop your skills over time. Every video game has rules that guide the player in deciding what steps to follow next. The decision-making process also involves thinking at different angles, including perception, memory, and reaction time.

We can apply these skills to programming, where we are asked to develop software solutions that will solve real-world problems, such as in video games. We can't move on to the next step if the solution we created doesn't solve the problem at the current level.

Most video games will force you to multitask. friends will be asked to pay attention to different aspects of the game at certain times. For example, if the game involves combat, the player must constantly check and simultaneously attack the enemy. Without excellent multitasking skills, one would likely be easy to lose.

Programmers will also demand good multitasking skills to create solutions to real-world problems. Programmers must be responsive whatever happens and must be able to write code simultaneously to check for errors.

Players who remain concentrated throughout the game session have a higher chance of winning. the same case for programming, programming requires us to keep concentrating on writing code and determining programming errors to produce good software according to user needs.

There are certain games that use multiple multi features, the players need a team effort to win the game. This feature allows different players to fight against each other simultaneously.

After spending several hours in front of friends' computers, friends will improve social skills with our interactive nature. We can also create new social groups with tech-savvy people, who we can ask about programming languages ​​whenever we need help.

7. A source of inspiration and learning

Similar to a programmer when creating a program, my friends will be inspired to always try and learn to solve problems well.

I often play games before working on my website project on the Imedukasi.com and Priorityptn.com website about learning management system, that was my habit before starting work, and it's fun.

Once suspended, zulfadhliashari will not be able to comment or publish posts until their suspension is removed.

Once unsuspended, zulfadhliashari will be able to comment and publish posts again.

Once unpublished, all posts by zulfadhliashari will become hidden and only accessible to themselves.

If zulfadhliashari is not suspended, they can still re-publish their posts from their dashboard.

Once unpublished, this post will become invisible to the public and only accessible to Icarus Deception.

Thanks for keeping DEV Community 👩‍💻👨‍💻 safe. Here is what you can do to flag zulfadhliashari:

Unflagging zulfadhliashari will restore default visibility to their posts.