The official way to install the flutter and its dependencies is a mishmash of brew install, binary downloads alongside relying on system installed versions of ruby.

I became particularly frustrated when trying to setup flutter on macOS Mojave and macOS Catalina. I came across too many issues, and it took a lot of stackoverflow and google searches to overcome.

By using a package manager to install dependencies and runtimes, we can share the exact same setup in different environments and automate the install and escape the above issues.

This is particularly valuable if you use different machines, or have team members in different locations. Moreover, we know where everything belongs and how to upgrade or uninstall if necessary.

Until a complete homebrew approach is released, I think this is a decent step by step approach.

You need to make sure you have homebrew installed and also asdf to manage runtime dependencies.

If you don't have asdf installed already, you can follow my tutorial on how to install asdf

You should also install xcode via the mac app store. This could take a while depending on your download speed.

This will install the dependencies for flutter and asdf which we will use to install the runtimes.

There are three steps for asdf, but this won't take long except depending on your download speed.

1) Install the asdf plugins for dart, flutter and ruby

You can use the latest version of Ruby if you like, but I've come across issues.

3) Set the runtimes to global or local.
You can set these to local if you have multiple projects that rely upon different versions.

Cocoapods install on macOS Mojave and below

We don't need to use sudo we can install direct into the asdf ruby version.

The latest version of cocopads (1.8.4) doesn't respect the pod setup command on macOS catalina, so we have to use an older version until this bug is resolved.

You will need to install the flutter and dart plugins for android studio, otherwise flutter doctor will complain later on.
Simply open up the app, go to configure > plugins and then install from the dialog as shown below. 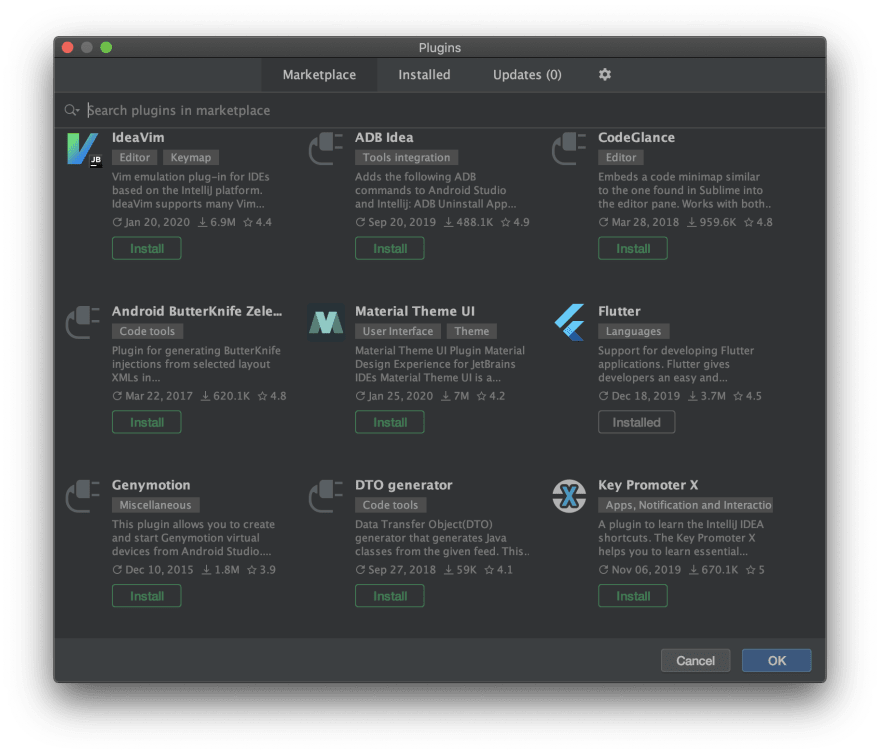 You might need to add these into your .zshrc or .bash_profile files if you get complaints about haxm or java.

This is what you should see if all the above was done right. 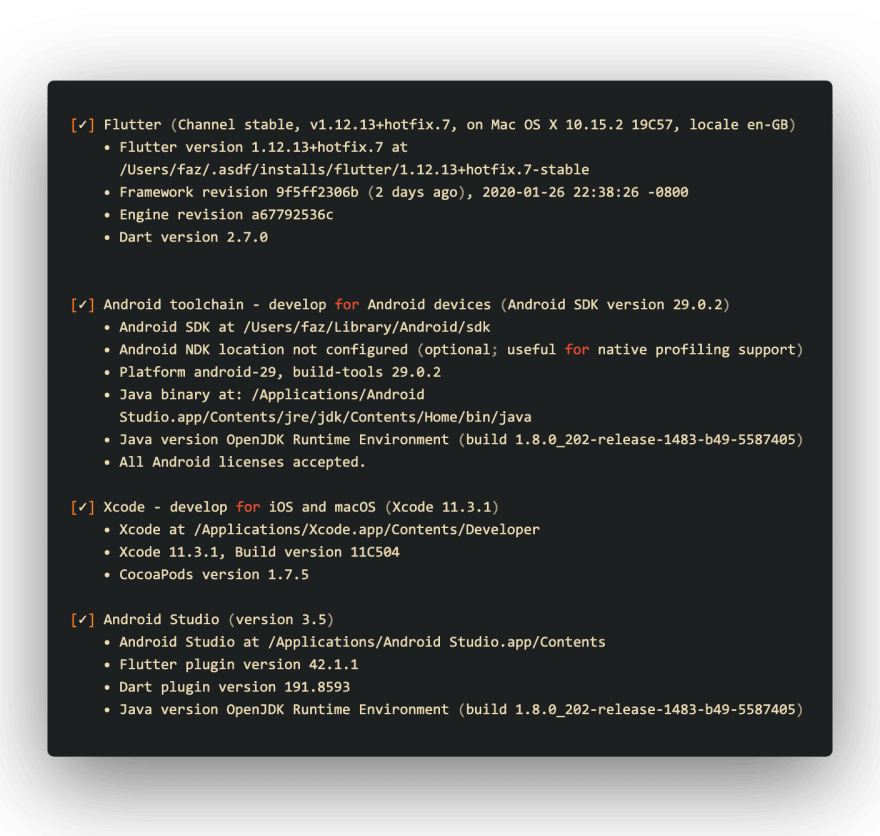 After completing all the above steps we now know that dart, flutter, ruby are all managed via asdf.

The remaining dependencies are all installed via homebrew. Updates and upgrades should be straightforward, and we can document builds and releases to a particular setup.

By Crayons and For Crayons