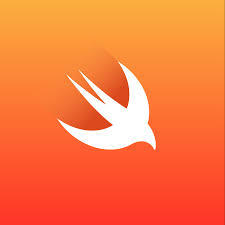 Being a person with a non-technical background, I can say that scrolling through the endless rows of technical and complex questions on Stack Overflow were nothing short of mind-boggling. Luckily, Swift took those problems away by not only making me a better iOS Developer, but a more experienced programmer. For those who don't know a lick of programming, here's why Swift is absolutely perfect of you - just as it was for me.

1) It's not complex!
Xcode, the official platform where iOS developers developer games, apps, etc. had been using Objective C as the conventional programming language for years. Unfortunately, Objective C was like most other languages, filled with certain special syntax and complex ways of doing a what is now a simple task in Swift.

Don't believe me? Writing "Hello World" is convention for those who just started programming. It's supposed to be simple and a welcoming way to introduce a programmer to the limitless possibles of programming. Objective C makes it a hell of a lot harder compared to Swift. Here's proof:

Even if someone didn't understand what both were doing and what languages they were in, they could "swift"ly say that the second one is far easier to understand.

2) Too intimidated to head straight in by making a new project in Xcode with Swift, totally fine!

For most beginners, the concept of Storyboards, Swift UI and complex file structures can be intimidating, and that's completing fine! Xcode gives you the option to "try it out" with Swift Playground, another awesome feature in Xcode! Swift Playground it completely self-explanatory, you can write the most simple of code snippets in Swift and run it by just pressing the Play button. You don't have to worry about Simulators, devices, or anything else!

3) It's new and is always updating!

The Swift programming language released in 2014, and has been updating very frequently. A new feature includes Swift UI, where you can just drag and drop buttons, labels, etc. onto the phone simulator! If that's not enough, there is also a live view feature, where the user can see how is code is affecting the looks of the app live, while they are coding!!!

While this exactly isn't a main point, the Swift community is very warm and welcoming, with special events held annually! These includes the WWDC, or Worldwide Developers Conference along with an awesome Swift Student Challenge, where students can compete by making awesome games and interactive scenes in playground for special prizes including WWDC jackets, pins, and even tickets to WWDC (not this year, unfortunately)!!!

(Be sure to follow me on Medium at: https://medium.com/@suryanshmansha)

Getting started with Appwrite's Apple SDK and UIKit

Getting started with Appwrite's Apple SDK and SwiftUI