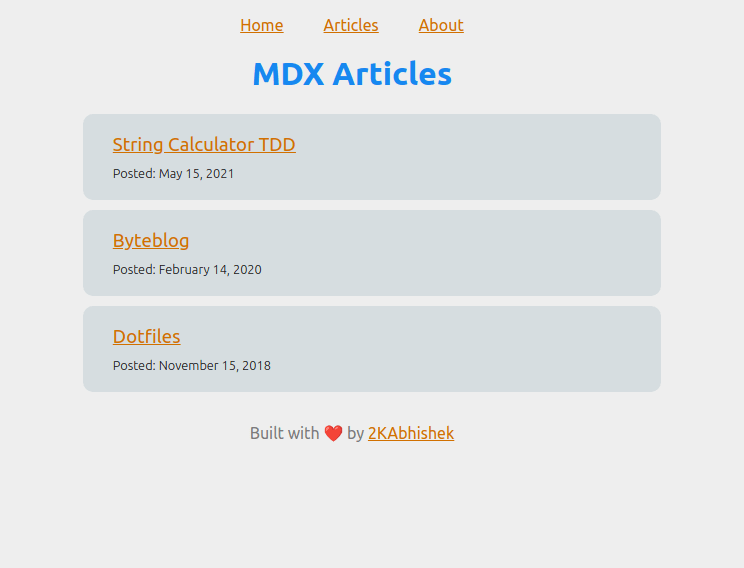 I have been hearing a lot about static site generators and wanted to try them, this was a exploratory POC created for learning purposes.

Before you begin, ensure you have met the following requirements:

Clone this to your local and run the following to run the server and play around with the code.

How it was built

While building mdx-blog the main challenges were mostly conceptual, really understanding the benefits and drawbacks of static site generators.

While building mdx-blog I learned about:

Hit the ⭐ button if you found this useful.

A blog that hosts markdown files ✍📑

Once suspended, 2kabhishek will not be able to comment or publish posts until their suspension is removed.

Once unsuspended, 2kabhishek will be able to comment and publish posts again.

Once unpublished, all posts by 2kabhishek will become hidden and only accessible to themselves.

If 2kabhishek is not suspended, they can still re-publish their posts from their dashboard.

Once unpublished, this post will become invisible to the public and only accessible to Abhishek Keshri.

Thanks for keeping DEV Community 👩‍💻👨‍💻 safe. Here is what you can do to flag 2kabhishek:

Unflagging 2kabhishek will restore default visibility to their posts.