Gradient Descent is an iterative algorithm to find the minimum of a differentiable function. It uses the slope of a function to find the direction of descent and then takes a small step towards the descent direction in each iteration. This process continues until it reaches the minimum value of the function. 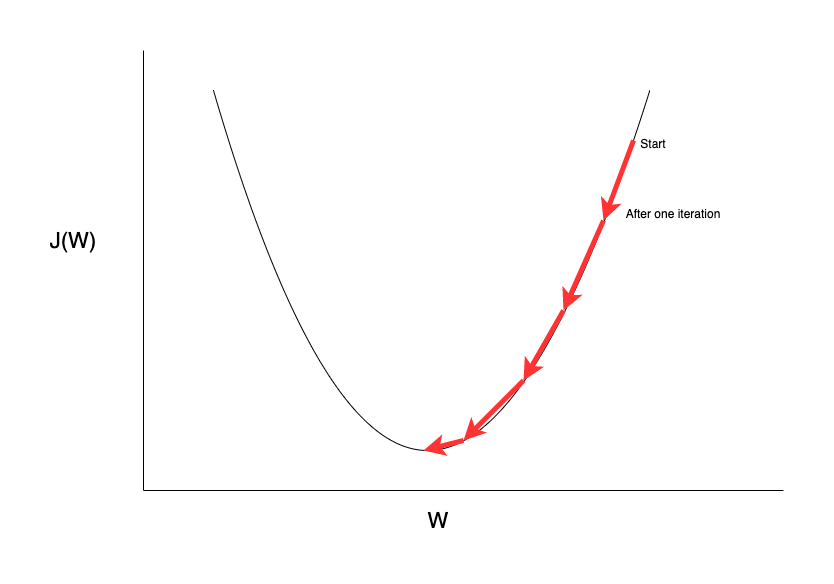 Let's say we want to optimize a function J(W) with respect to the parameter W. We can summarize the working of the Gradient Descent algorithm as follows:

The algorithm works in the same way for any N-dimensional differentiable function. The example above shows a 2D plot because it is easier for us to visualize.

For our neural network, we need to optimize the value of our loss function J(W), with respect to the weights(W) in the used in the network. We can write the algorithm as:

is known as the learning rate. It is the rate at which we descend the slope of the function.

To find an optimum learning rate, it is a good idea to start with something small, and slowly increase the learning rate if it takes a long time to converge.

To summarize the basics of a neural network:

This concludes this series on the basics of neural networks. I would love to hear your views and feedback. Feel free to hit me up on Twitter.

Text Classification: All Tips and Tricks from 5 Kaggle Competitions