One most significant problems with the pure waterfall model from a rapid development point of view are that you're supposed to be completely done with an architectural design before you begin with a detailed design, and you're supposed to be completely done with the detailed design before you begin coding and debugging. However, in the practical world, systems do have areas that contain design surprises, but they have other areas that we have implemented many times before and contain no surprises. Delaying the implementation of the areas that are easy to design just because the design of a difficult area is pending is not a good idea. If the architecture has broken the system into a logically independent system, you can spin off separate projects, each of which can proceed at its own pace.

This is what is called as the waterfall with sub-projects model. In this model, the waterfall is broken into different parts and the subprojects are executed independently into waterfall streams. 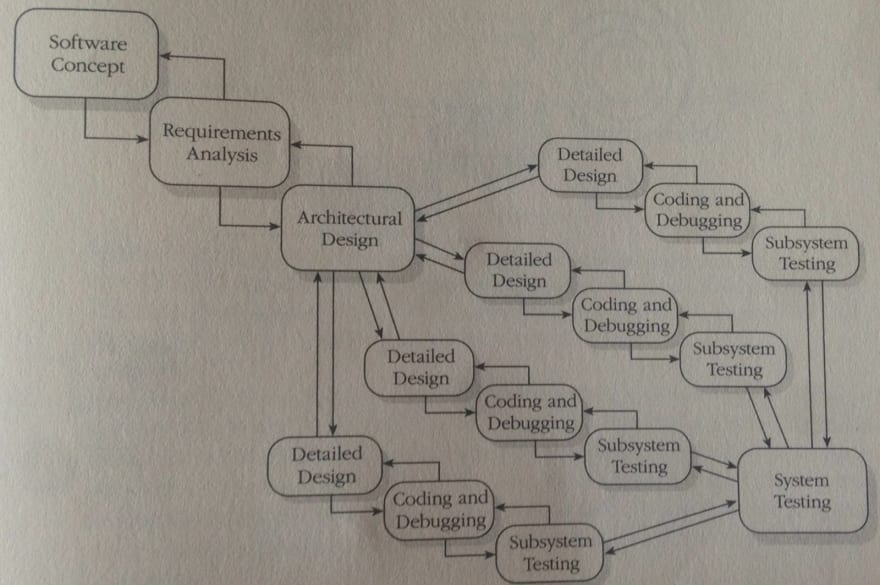 This model a very vulnerable risk, that is unforeseen interdependencies. You can partly account for that by removing dependencies at the architecture time or waiting until
detailed design time to break the project into subprojects.
Careful planning can allow you to perform some of the waterfall's task in parallel.

Once suspended, aatmaj will not be able to comment or publish posts until their suspension is removed.

Once unsuspended, aatmaj will be able to comment and publish posts again.

Once unpublished, all posts by aatmaj will become hidden and only accessible to themselves.

If aatmaj is not suspended, they can still re-publish their posts from their dashboard.

Once unpublished, this post will become invisible to the public and only accessible to Aatmaj.

Thanks for keeping DEV Community 👩‍💻👨‍💻 safe. Here is what you can do to flag aatmaj:

Unflagging aatmaj will restore default visibility to their posts.