Choosing the appropriate technology stack is critical when creating a new project. There are numerous choices for back-end development, including Python, Java, PHP, Ruby, and many more. In general, the correct stack is dependent upon your project complexity. Not every technology has the same advantages in all cases. So how do you choose the best one for your project?

It is easier to choose between Ruby on Rails (RoR) and other options if you understand what the technology is used for. This article will discuss what the purpose of Ruby and Ruby on Rails was, what it was supposed to solve, what projects Ruby on Rails is best for, and which businesses are already using it effectively.

1. The history and creation of the Ruby language and Ruby on Rails framework

1.1 What’s the purpose of Ruby and Ruby on Rails?

Ruby is a computer language created in 1995 by Yukihiro Matsumoto, better known as Matz. Matz believed in the object-oriented approach. Therefore, he began developing a genuinely object-oriented and simple language. Matz envisioned the language assisting programmers in being more productive and allowing them to do more with less effort. He knew the language had to be predictable. This idea translated into the principle of least surprise, which states that the software should act in the manner in which the programmer expects it to behave.

Because of the framework Ruby on Rails, Ruby has become a popular language for developing web applications. Building new software using just Ruby is a tedious task. This is why Hansson developed the framework: to simplify the development process of web development. Hansson made RoR public in 2004. It exploded in popularity after its debut, owing to its simplicity and limitless modification possibilities. Rails has implemented new features to speed up development, such as seamless database integration, migrations, and the creation of views. These functionalities were subsequently included by other frameworks, such as Django, Laravel, and Phoenix. People like the active Rails community and the flexibility to build simple or sophisticated websites.

Ruby's primary job is to create new projects quickly and with high performance. It is a general-purpose computer programming language, similar to C++ and PHP, that developers may use for various purposes in a range of different industries. It is believed that Ruby has a specific niche, web development. However, this programming language is used for more than just web projects. For example, Ruby is used by NASA, NOAA, Motorola, and is written in Ruby software for information security Metasploit and Sketchup for modeling relatively basic three-dimensional objects. In combination with the RoR framework, the language enables you to do the job as fast and simply as possible for a human, although it may require extra computer time.

The major benefits of the Ruby programming language that back-end developers mention are its large community support, user-friendliness, simplicity, readability, flexibility, and community gems, which are coding scripts that ease the development process.

2. What is the secret of Ruby and Ruby on Rails success?

Ruby on Rails has seen a huge increase in popularity, as many developers are turning to it for its simplicity. No one can deny the popularity of this framework; more than two million websites are currently running on Ruby on Rails. According to the 2020 Stack Overflow Developer Survey, Ruby is the 14th most popular programming language globally. Here are some details about the technology popularity and some reasons behind its success: 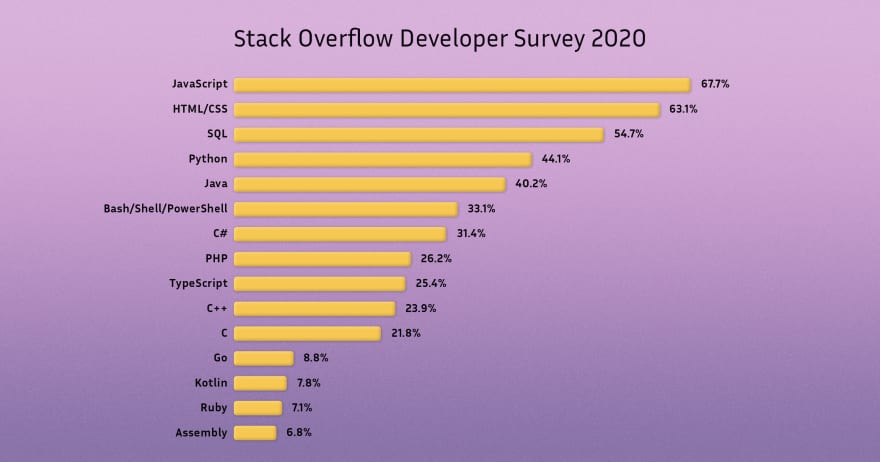 The fact that Ruby is open source is one of the reasons it is so popular in the first place. This enables rich and committed groups to be invested in preserving the language. Ruby on Rails is no longer as fresh or exciting, but it is still extensively used and getting regular improvements. Also, because Ruby on Rails is open source, you can help shape its future. If you think of a better feature, you can submit it for approval. Using this method, over a decade of development has gone into this web application framework.

Ruby on Rails has a large and skilled community of seasoned developers. In fact, on GitHub, approximately 4,000 programmers contribute to the development of Ruby on Rails. As a result, the community creates a large number of free add-ons that RoR developers may insert into apps and projects. These are very helpful for companies that wish to deploy a new feature-rich application as soon as possible.

Ruby on Rails is supported by a strong infrastructure, including testing systems, linters, component delivery, database interaction, and much more. Rails is for humans. Rails allows you to concentrate on the product's business logic. From a business standpoint, it's an excellent technology for fast developing an application, and it's ideal for small and medium-sized businesses.

MVC is a design pattern separating an application's responsibilities to make it simpler to reason around. By default, Rails adheres to this design pattern. Ruby on Rails MVC supports side-by-side development, allowing programmers to speed up the development process by three times.

Developers can scale an RoR-based application to accommodate thousands of requests per second from many users. Shopify, an e-commerce site that handles up to 80,000 requests per second, is an outstanding illustration of high speeds capable with Ruby on Rails.

RoR has built-in support to assist developers in avoiding typical security problems such as XSS and SQL injection. Brakeman is an analyzer tool used in RoR to find code flaws. It provides reports containing the app's security vulnerabilities. This helps detect SQL Injection, regular expression format validation, dangerous redirection, and many other problems. So developers make an application ready for production, create a secure environment for the end-users, prevent brute-force attacks, and keep API keys secure.

RoR includes several code analyzers that can check for anything from code style to security concerns. RuboCop is arguably the most popular analyzer in the Ruby community because it follows the community's Ruby-style guide. The application code is clean and has high readability. All future updates are seamless, as developers have less code to read and sort through. And it gets easier for new team members to understand the code and get involved in the project.

Ruby on Rails has become so important for startups looking for rapid development to turn their ideas into apps and products. Many companies utilizing RoR have found their first clients very quickly with a quick launch of MVP and market entry. Here are a few examples:

Shopify is a complex web application built on RoR that allows users to create online stores. Shopify has over 500,000 users and is constantly adding new features to its platform.

Github, a platform for developers that value open-source software, was recently purchased by Microsoft. Ruby on Rails is the base of Github's code repository. Github's success shows Rails can sustain fast-growing enterprises with large user bases.

Airbnb. Rails enabled this lodging platform's rapid expansion by ensuring its flexibility and scalability. It also allowed fast development to create space for additional features introduced by Airbnb throughout its ongoing growth.

2.3 Limitations that come with Ruby on Rails

As stated earlier, not every programming technology is the best choice for every project. You wouldn’t take a Porsche out for off-road driving, and you wouldn’t drive a Jeep for a fuel-efficient trip. Just the same, each technology comes with its limitations, and the project's scope is the determining factor of which language to choose. Here are a few limitations that clients and developers might face with Ruby on Rails development:

Ruby is not the quickest programming language compared to the benchmarks of other languages, but it can do miracles when used in conjunction with Rails.

Ruby on Rails cannot manage a billion requests per second, but most applications do not need that. Rails, on the other hand, is highly scalable. Twitter, for example, abandoned RoR for internal reasons. But look at Kickstarter, Groupon, and Airbnb - all run smoothly and built with Rails. 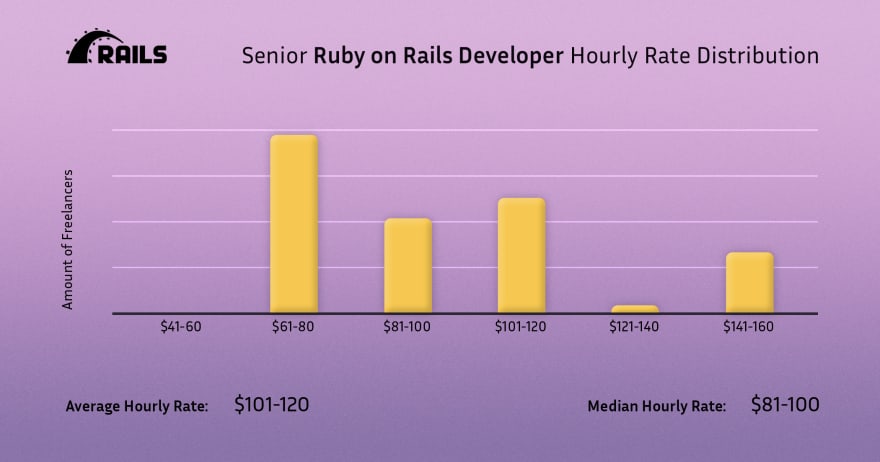 3. As a company with 10 years of experience in Ruby on Rails specialization, we recommend it for the following projects:

At Active Bridge, we specialize in Ruby on Rails and use it for certain types of projects that we take on. Here is what we consider RoR development is better for:

What Projects Ruby and Rails are used for.

Development is a complicated process

It's too simple to say that certain technology has benefits and drawbacks. The project's performance is determined by various factors, including compilation speed, query processing by the server, database settings, and the choice of a development service provider. The scope of the project and the contractor or development team determine what development languages and tools will work best. There is no such thing as poor technology, just people that are not familiar with the technology or projects that this technology does not approach.

Thanks for reading, we hope you found this useful.

More posts about RoR technology on our blog: