This is still a WIP!

Think scss with js es modules and your on the right lines. Jess is now successful building as a rust WASM module and now supports the following exports. Also because Jess will also be interpreted as in runs in your browser, async importants will be a thing allowing lazy loading of CSS only if required.

Here is the dependency graph so far 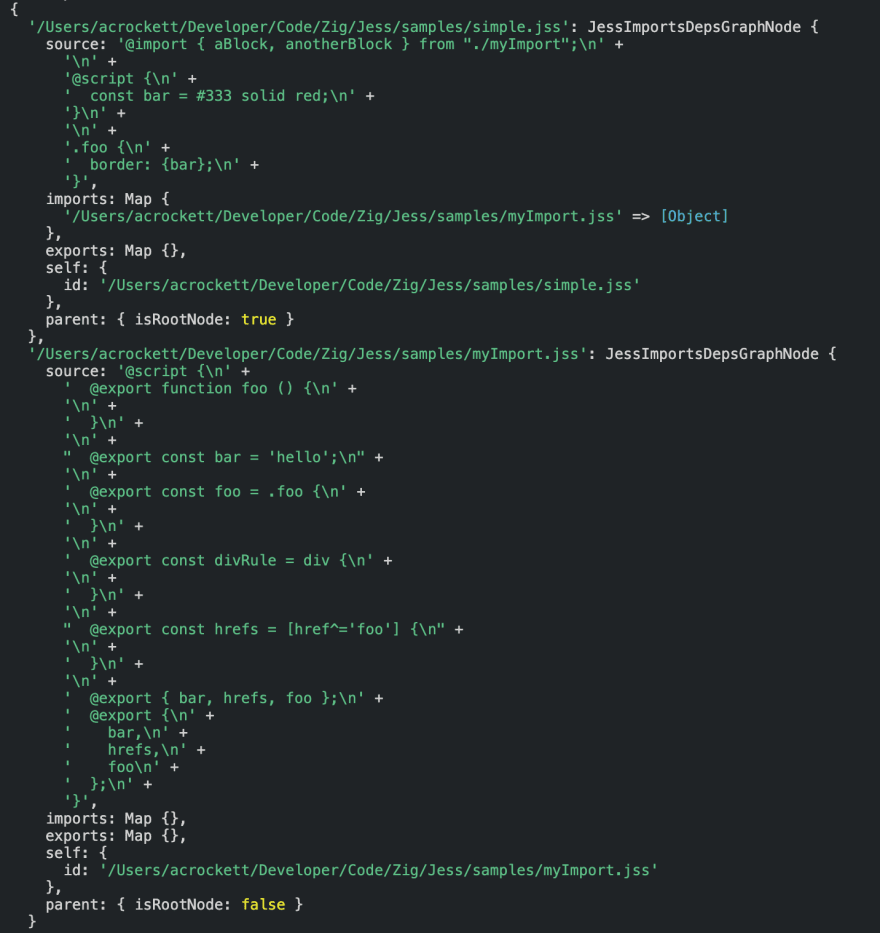 What I have learned

Some things are just easier to do in JavaScript (ahem, typescript) so the module system does the preparation to feed a big load of src code glued together into the rust WASM mod for lexing and more. The compromise meant I could understand what I was doing. The sad thing is that this system is synchronous and a bit slower that I would like, I plan to add some workers into the mix and get everything async as soon as I work out what can be parallel. As soon as I can I will also move this functionality into rust. But this is the nature of prototypes, they don't have to be perfect, they just have to get your attention. Developers I mean you.

Thanks for keeping DEV Community 👩‍💻👨‍💻 safe. Here is what you can do to flag adam_cyclones: