Microbundle is a zero-configuration bundler for tiny modules, powered by Rollup and created by Jason Miller the inventor of Preact.

I tested it in the past on a few projects and was always impressed by the ease of use and the performances. Out of all bundlers I tested, Microbundle has always been the one delivering the smallest builds.

Microbunlde v0.12 was released few days ago this was a good opportunity to test it again and I have to say that I am SOLD !!!

I am working on a typescript library project. My bundler was a mix of Typscript transpiller, Babel and Rollup. Lots of settings I had no clue about and lots of time spent trying to tune it.

I switch to Microbundle and it: 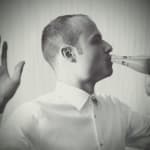 Once suspended, adrienpoly will not be able to comment or publish posts until their suspension is removed.

Once unsuspended, adrienpoly will be able to comment and publish posts again.

Once unpublished, all posts by adrienpoly will become hidden and only accessible to themselves.

If adrienpoly is not suspended, they can still re-publish their posts from their dashboard.

Once unpublished, this post will become invisible to the public and only accessible to Adrien Poly.

Thanks for keeping DEV Community 👩‍💻👨‍💻 safe. Here is what you can do to flag adrienpoly:

Unflagging adrienpoly will restore default visibility to their posts.