Kubernetes(k8s) has become the de facto standard for not only container orchestration but also for cloud-native development. Being the flagship product for CNCF (Cloud Native Computing Foundation), Kubernetes has managed to establish an ecosystem of opensource projects around it, from service mesh to monitoring, observability, storage, policy driven controls and many more. It is remarkable how fast k8s matured and became enterprise ready with impressive success stories.
VMware calls Kubernetes “the new Java”, after the programming language invented in 1996 and used in just about everything today. That is how big and pervasive they think this technology will become. 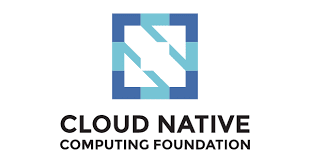 Everyone is talking about Kubernetes, but what the heck it really is?

Kubernetes is a containers deployment and orchestration platform. It helps you deploy, monitor, scale, upgrade, rollback containers and many more seamlessly.

But why would I need an extra software to manage my containers?

With the rise of microservices architecture, more and more organizations move to adopt it heavily, ending in many cases with hundreds and in some cases thousands of microservices in a single project. Each microservice of these would most probably be wrapped in a container on its own. Imagine having to manage hundred containers manually. Imagine having to deploy, upgrade, monitor and scale all of these containers. You probably got a sense by now how difficult/impossible it is to handle these operations using only a containerization platform like docker. A layer on top of docker is indeed needed to orchestrate and manage the containers, this layer is Kubernetes.

Here is an analogy to help you have a better understanding: You can think of a container orchestrator (like Kubernetes ) as a conductor for an orchestra, says Dave Egts, chief technologist, North America Public Sector, Red Hat. 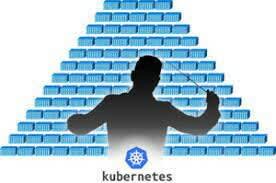 Now that we have a good understanding of what Kubernetes is, let’s see it in practice.

In this tutorial, we will:

Now let’s get our hands dirty!

Under PORT(s) column we should be able to find 8080:<external-random-port> We can then use our machine IP and that external port that k8s assigned for our service in order to access our server. This can be tested from any browser by visiting http://<machine-ip>:<external-port>/hello We should be able to see Hello! in the browser. 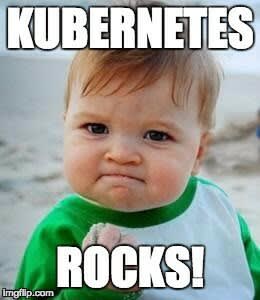 A quick recap of what we have accomplished here:

Disclaimer: all code files used are not meant for production use, they just show the functionality. You will need to introduce some changes to make them production ready

Once suspended, ahmednader10 will not be able to comment or publish posts until their suspension is removed.

Once unsuspended, ahmednader10 will be able to comment and publish posts again.

Once unpublished, all posts by ahmednader10 will become hidden and only accessible to themselves.

If ahmednader10 is not suspended, they can still re-publish their posts from their dashboard.

Once unpublished, this post will become invisible to the public and only accessible to Ahmed Nader Mohamed.

Thanks for keeping DEV Community safe. Here is what you can do to flag ahmednader10:

Unflagging ahmednader10 will restore default visibility to their posts.