Statistics is a key component in data science, which deals with gathering, analyzing, and drawing conclusions from data. An aspect of statistics is the probability distribution, which gives an idea of the likelihood of an event occurring, for example, there is an 80% chance of rain tonight.

Regarding probability, the common notation used is p(X), which means the probability that a random variable X is equal to a particular value, therefore p(X=0.8), in the example given, indicates that there's an 80% chance of X occurring. The sum of all probabilities should be equal to 1, therefore if there's a 0.8 chance of rain, then there's a 0.2 chance of no rain. Probabilities are also between 0 and 1. There are two types of probability distributions,

The following sections talk a bit more about both distributions

Visualization of different types of distribution

There are various types of a discrete probability distribution, some of which are

The following plot is a visualization of Normal Distribution 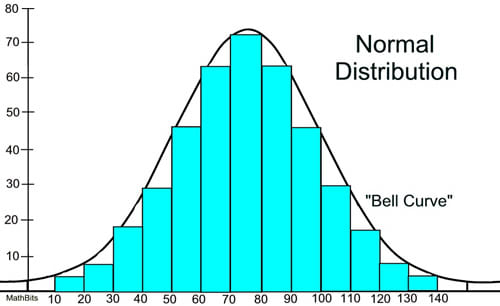 The normal distribution has certain characteristics which make it a bit easier to spot, some of which are:

You can find more about Gaussian Distribution in the Following Article