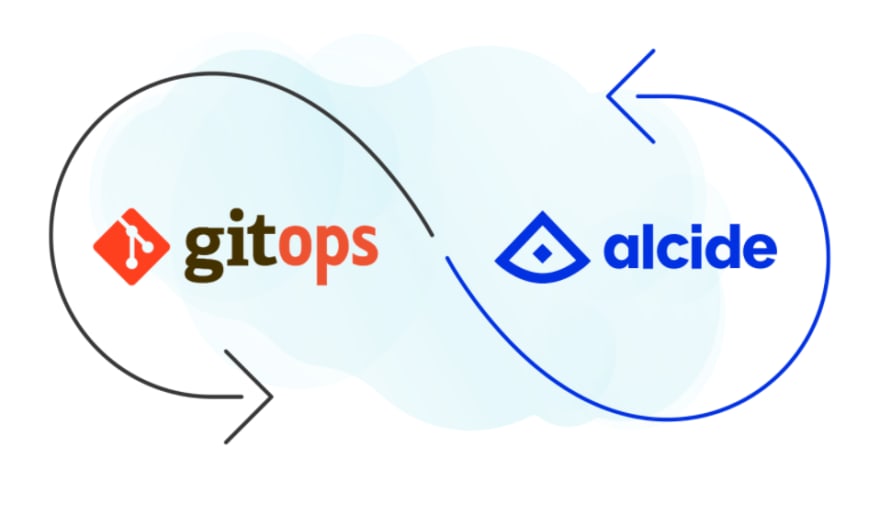 GitOps is a paradigm that puts Git at the heart of building and operating cloud native applications by using Git as the single source of truth and empowers developers to perform what used to fall under IT operations. This post is part a blog post series covering GitOps and Kubernetes security.

Kubernetes, as the new application server, leverages a “declarative” approach when it comes to building cloud native application, which means that application configuration is guaranteed by a set of facts instead of by a set of instructions. With application’s declarations versioned in Git, we have a single source of truth, our apps can be easily deployed and rolled back to and from Kubernetes, and when disaster strikes, your cluster’s infrastructure can also be reproduced.

With Git at the center of the delivery pipelines, developers can make pull requests to accelerate and simplify application deployments and operations tasks to Kubernetes. 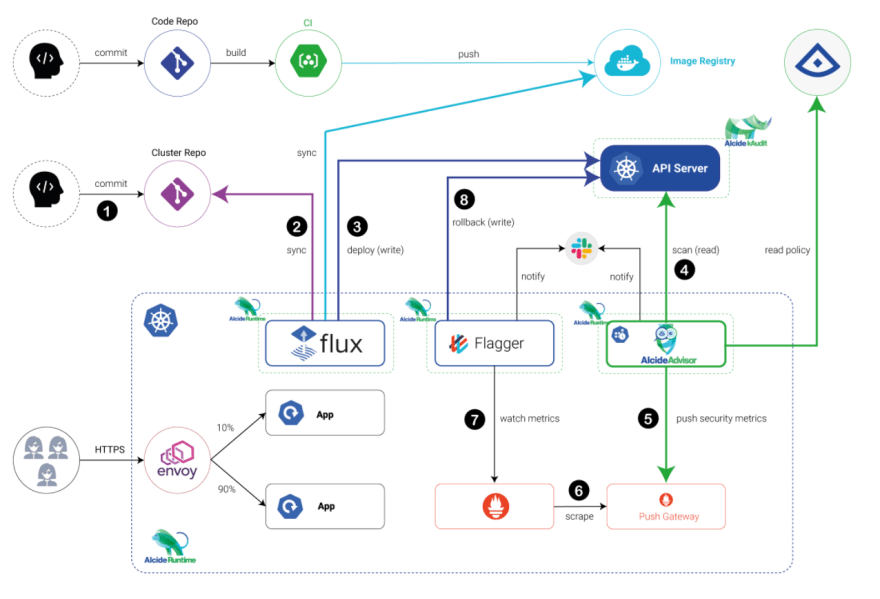 Is GitOps right for you?

The fresh approach that GitOps + Kubernetes brings into the application delivery lifecycle is undeniably different, increasing engineering velocity, as well as simplifies building the CI+CD pipelines themselves. The question of whether a GitOps ‘Pull’ approach is a better fit than ‘Push’ approach is really a matter of engineering & operational culture of an organization, as well as almost a theological question of whether engineering are accountable for security and what visibility into this application server blackbox, security teams require.

Continuous integration/continuous development (CI/CD) with the Kubernetes ecosystem does have a variety of tools to choose from and organizations should use the tools that are best suited for their specific use cases and culture. Glueing all the pieces together is not trivial. Integrating security and consuming security insights by various stakeholders is an equally challenging task to achieve. GitOps simplifies this in some aspects, but complicates in other aspects.

Gadi Naor has 18 years of engineering experience, from kernel-based development through leading development of cybersecurity products starting his professional career at Check Point. Gadi then joined

Website users' security vs usability, and does it mean anything for (smaller) webdevs?

Get Started Free
More from @alcide
Istio Service Mesh in 2020: Envoy In, Control Plane Simplified
#Istio #security
Kubernetes RBAC | Moving from ‘It's Complicated’ to ‘In a Relationship’
#kubernetes #rbac #tutorial