Not too long ago I made the decision to switch careers from cross-platform mobile development (React Native) to native iOS development (Swift). I will talk about why in a future post (if I ever get around to writing it).

As I love learning new stuff by building things, one of the things I did to learn Swift and SwiftUI was to build an app.

After joining Practice at the end of 2021, where my colleagues are mostly located in North America, I now have most of my video calls for work when it's dark outside. Due to bad lighting in my office, I made a quick web app to fix this.

I realized this would make for a perfect first app built in Swift, and a few days later of tinkering with SwiftUI (which I absolutely love, btw), Tiny Softbox was born. 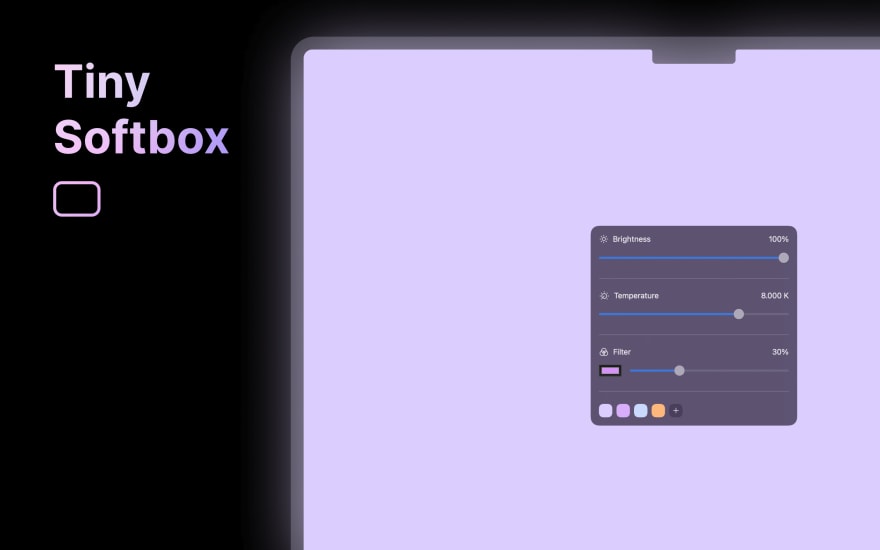 It's a very simple app, but it works very well for its purpose. And other than helping with lighting during video calls, the app can also be used for a bunch of other use cases, from photography to reading. 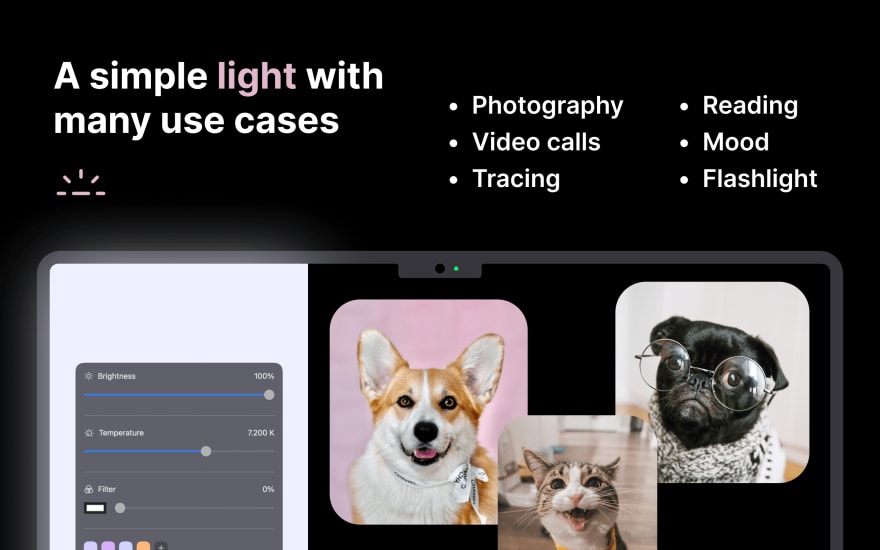 After experimenting with free apps before (Tiny Weather), I decided to make Tiny Softbox a paid app—mostly due to my curiosity for learning about the differences between publishing free vs. paid apps. I priced it at $2/€2, which I thought was a reasonable price considering that you get it for both macOS and iOS with a single purchase.

It's currently available for Mac, iPhone, and iPad, but I'm considering making an Apple TV app as well.

For the launch of Tiny Softbox, I tweeted about it and launched it on Product Hunt the day after that. The engagement was not amazing, but the feedback I got was very positive, and from the App Store impressions and sales it seems to be off to a great start.

I love building tiny (but useful) apps like this and hope to find time to build many more. I have a long list of ideas. 🙂

Year in DevRel by the Numbers

Once suspended, alexandersandberg will not be able to comment or publish posts until their suspension is removed.

Once unsuspended, alexandersandberg will be able to comment and publish posts again.

Once unpublished, all posts by alexandersandberg will become hidden and only accessible to themselves.

If alexandersandberg is not suspended, they can still re-publish their posts from their dashboard.

Once unpublished, this post will become invisible to the public and only accessible to Alexander Sandberg.

Thanks for keeping DEV Community 👩‍💻👨‍💻 safe. Here is what you can do to flag alexandersandberg:

Unflagging alexandersandberg will restore default visibility to their posts.