Video games are among the most popular software products. Now a new game engine, Amazon Lumberyard, has joined this huge industry. The project is currently in the beta phase and still has time to get rid of the bugs and improve. Its authors have a lot of work to do to make sure they don't disappoint millions of gamers and game developers in the nearest future. 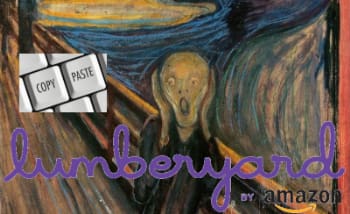 Amazon Lumberyard is a free cross-platform triple-A game engine developed by Amazon and based on the architecture of CryEngine, which was licensed from Crytek in 2015. I already checked CryEngine twice, in august 2016 and april 2017, and I'm sorry to say it, but the code quality had decreased since the first check. I was wondering the other day how Amazon had used the engine and took a look at the new product. I must admit they did make a great environment. The user documentation and environment deployment software are really awesome too. But the code is messed up again! I hope Amazon can afford to allocate much more resources for that project and will start caring about code quality at last. By writing this review I hope to draw their attention to this problem and persuade them to take a new approach to the development process.

The source files under analysis refer to the latest Amazon Lumberyard version, 1.14.0.1, and were downloaded from the Github repository. Star Citizen is one of the first games to be built on the Lumberyard engine. If you are looking to play it, then welcome to take a peek under the hood with me.

Alex Astva
How to shoot yourself in the foot in C and C++. Haiku OS Cookbook
#haikuos #osdev #cpp
Every 4000 lines of Android code contain a potential vulnerability
#android #cpp #devops #opensource
Couple of words about development of a new static analyzer for Java code
#java #staticcodeanalyzer #programming #codequality

Once suspended, alexastva will not be able to comment or publish posts until their suspension is removed.

Once unsuspended, alexastva will be able to comment and publish posts again.

Once unpublished, all posts by alexastva will become hidden and only accessible to themselves.

If alexastva is not suspended, they can still re-publish their posts from their dashboard.

Once unpublished, this post will become invisible to the public and only accessible to Alex Astva.

Thanks for keeping DEV Community 👩‍💻👨‍💻 safe. Here is what you can do to flag alexastva:

Unflagging alexastva will restore default visibility to their posts.