But going through a setup of your own allows for more freedom and increased knowledge... So the following is a step-by-step approach to setting up your own Svelte app from scratch, using Parcel.js bundler.

On your terminal, navigate to wherever you put your dev projects in and create a directory with a name of your choosing by running mkdir myFirstSvelteApp.

Then, cd into the newly created directory and initialise a git repo with git init.

Now, run yarn init to quickly set up the project details in package.json. This will show some questions that you can either accept the default (leave blank and press Enter) or type in something more fitting.

With the basic done, we now need to install a couple of packages:

We can easily install all with a single command:
yarn add -D parcel-bundler parcel-plugin-svelte svelte

As we're using the -D flag, these will be installed as devDependencies.

If you now open your package.json file you'll see not only the content of the questions you answered after yarn init but also a section devDependencies with the entries listed above. Also note that yarn add not only added the dependencies to package.json but also installed them so you now have a node_modules folder with all the packages needed.

As an extra exercise, if you need to get a better feel of how dependencies "work", delete the node_modules folder with rm -rf ./node_modules/ and then run yarn install which will recreate it and download/install all the packages from scratch.

Before we make our first commit to save what we did above, we need to tell git to ignore the node_modules folder and some other default files. You may have these already ignored via a global gitignore but it's wise to have it at the project root.
As such, a quick way to create a .gitignore file that tells git to disregard node_modules and other sensitive files is below:

Each line above appends the content between double-quotes into the file .gitignore. You can also manually edit the file in VS Code or similar. This file can have comments with # as a marker.

It's highly advisable to also create a README.md file with details about this project but I won't go into detail about it on this post.
In my opinion, this is a good time to make a first commit.

As we've left it, we're still missing a couple of things.
Let's get to it... We need to create the basic app files which will be:
./src/index.html used by parcel as starting point
./src/index.js our boot up script
./src/components/App.svelte the root component
./src/css/styles.scss our global generic styles

Parcel.js will read this file and compile whatever it "imports".
This file is just pure HTML.

This file is parsed by Parcel.js because it is referenced in index.html.

This is our root component. We'll keep it really basic now.

In order to easily run the parcel bundler in dev mode or build for production we're going to add a scripts section to our package.json file:

Add the above, wherever you prefer inside package.json as long as it's inside the root {}.
The browserslist entry is need to prevent a compilation bug. More info

At your root folder, run yarn dev and then open http:localhost:1234
You should see: 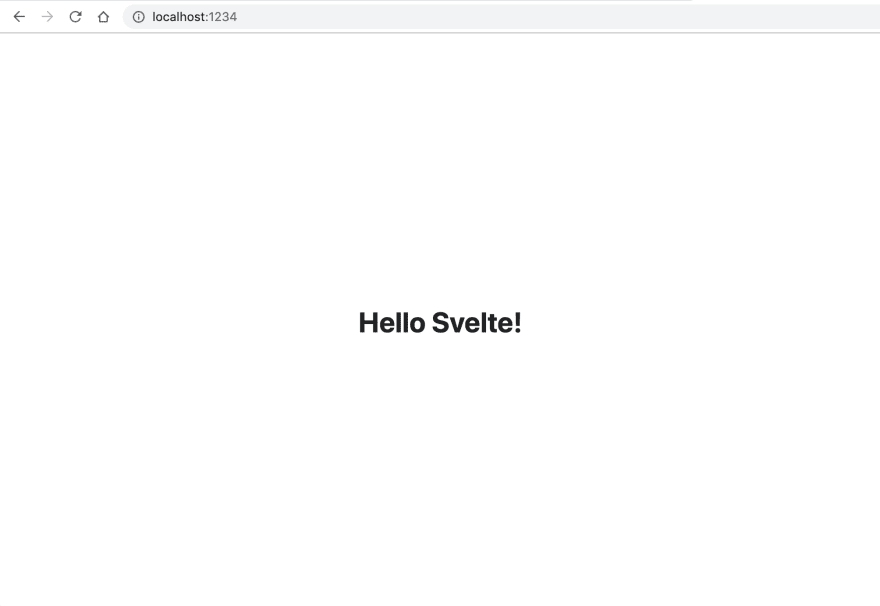 Now head over to the Svelte tutorial and try it out on your newly created app.

PS: This took way longer to write than I imagined and much much longer that the process itself takes. Phew...

Expert Insights: The Top Web Development Frameworks to Learn in 2023

5 reasons why you should consider SvelteKit for your next project

Once suspended, alexparra will not be able to comment or publish posts until their suspension is removed.

Once unsuspended, alexparra will be able to comment and publish posts again.

Once unpublished, all posts by alexparra will become hidden and only accessible to themselves.

If alexparra is not suspended, they can still re-publish their posts from their dashboard.

Once unpublished, this post will become invisible to the public and only accessible to Alex Parra.

Thanks for keeping DEV Community 👩‍💻👨‍💻 safe. Here is what you can do to flag alexparra:

Unflagging alexparra will restore default visibility to their posts.