I'm ssh'd into a pretty locked down server in a data center.

This server runs an instance of Wordpress that I have been tasked with migrating over to wordpress.com.

Picture wordpress.com now:
Requires importing with large XML files, no access to the server via terminal, no access to mysql, no logs, only wp-admin via front end.

I needed to install a plugin on the site I'm migrating from but could not through the admin panel because its locked down.

Normally, I would just download the plug in and run scp from local to remote to get it to where it has to go.

However, sometimes I am already ssh'd into the server and this was one of those occasions. I could have opened a new terminal tab and did the above but again trying to expedite in the least amount of steps.

What I did was use curl to download the file to the server from source skipping the step of putting it on my machine first to then copy it to the server.

Great the file is on the server.

So I tried first running unzip to no avail because it wasn't installed.
Then I tried installing unzip and that was a no go for some reason i didn't feel like debugging. I am wary of the rabbit holes that persistently force us devs to context switch.

Then I came across this gem: 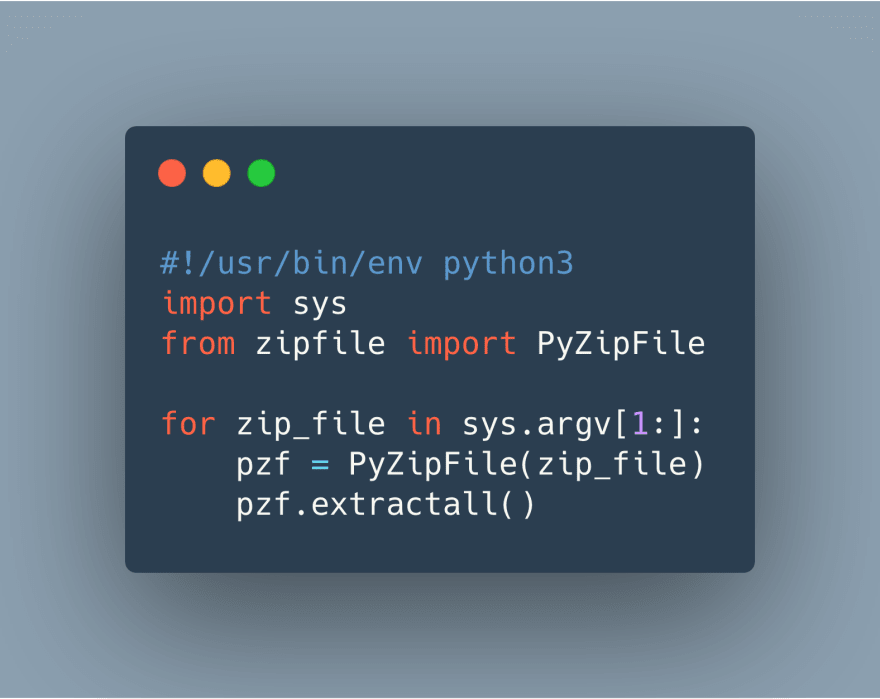 Which funnily enough, I could not open with nano, or emacs because neither was installed. So vim came in handy here.

Wrote the code and saved it in the dir.

Then I ran it. That looked like this:
python unzip.py wp-fileIwant.zip

And lo and behold my file was unzipped.

I could activate it via the front end and do what I needed.

Billions of unnecessary files in GitHub

Alvin Milton
Reduce your Python code complexity with this simple trick
#programming #python #computerscience #optimization
CHALLENGE: Describe AI in five words or less.
#discuss #ai #watercooler
5 Life-Changing Lessons I Learned From Being Laid Off That Will Put You Ahead Of 97% Of People
#beginners #productivity #motivation #codenewbie

Once suspended, alvinmilton will not be able to comment or publish posts until their suspension is removed.

Once unsuspended, alvinmilton will be able to comment and publish posts again.

Once unpublished, all posts by alvinmilton will become hidden and only accessible to themselves.

If alvinmilton is not suspended, they can still re-publish their posts from their dashboard.

Once unpublished, this post will become invisible to the public and only accessible to Alvin Milton.

Thanks for keeping DEV Community 👩‍💻👨‍💻 safe. Here is what you can do to flag alvinmilton:

Unflagging alvinmilton will restore default visibility to their posts.