I recently finished a Java coding exercise that took me the better part of two weeks to complete, coding every single day. I don't know if it should have taken that long, but for me it was difficult. I rewrote it multiple times trying to make it meet all the criteria.

For those of you who don't know, Udemy has a system where instructors can add actual coding exercises to their courses. I've talked about this a little bit before, mostly when I've been somewhat critical of courses for not having exercises. According to Udemy:

If you're not sure if a course has them or not you can use the filters to search for courses that do: 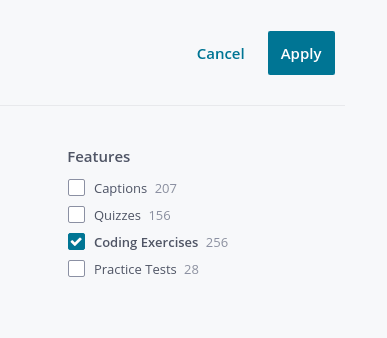 You can also see it on the course page close to where the buy button is: 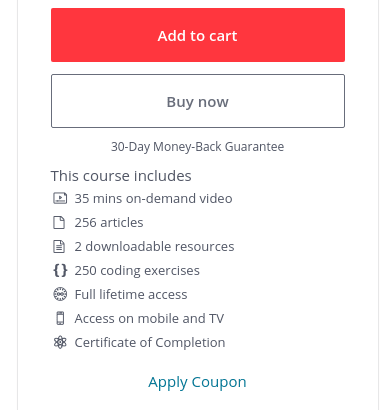 See where it says 250 coding exercises?

I look for courses now that have them, because consistent writing of code is the absolute best way for a beginner to really internalize what you're learning.

Back to this particular exercise

Most exercises didn't take me more than one to two hours, with a few taking maybe 4 total. This one took me close to two weeks. It involved 3 methods, two doing their own thing, and a third main one using them to do something.

The exercise was called Number to Words.Now, keep in mind that the exercise only covers what I've learned up til now. We haven't covered arrays, or a lot of other things that probably would have made it easier. essentially I had to write a method that would take a given number (294,136, 1234 etc) and print out a number for each digit (two, nine, four for example). Sounds easy right?

It would have been, except there were some cases it wouldn't cover for. for example, The initial method actually prints them backwards. Instead of two nine four, it would print four nine two. A second method was needed to reverse the number.

Which was fine, except it caused a bug in certain cases, like the number 100 would only print "one". One more method was needed. That method would essentially get a count of a given number and return the number of digits. Then I had to call both those two methods within the main method and make it print all the use cases without a bug.

I'll post the code here for anyone interested in seeing it. Again, it's probably not pretty, and there's definitely easier ways to solve it. This required me to use only what I've learned in the course so far, so that's why it's written the way it is.

This was by far the hardest exercise I've ever written. But what did I actually learn in the process?

here's some bullet points in no particular order:

Three ways to iterate an array

How to merge two arrays?

JHipster does not use lombok. Why?

Once suspended, andevr will not be able to comment or publish posts until their suspension is removed.

Once unsuspended, andevr will be able to comment and publish posts again.

Once unpublished, all posts by andevr will become hidden and only accessible to themselves.

If andevr is not suspended, they can still re-publish their posts from their dashboard.

Once unpublished, this post will become invisible to the public and only accessible to drew.

Thanks for keeping DEV Community 👩‍💻👨‍💻 safe. Here is what you can do to flag andevr:

Unflagging andevr will restore default visibility to their posts.