While I'm waiting for tests to pass on my latest PR, I decided to catch up on my inbox. I subscribe to a Ruby newsletter, and I saw this interesting headline: Introducing ActionView::Component: View Components Are Coming to Rails? That had a link to the following PR on Rails: 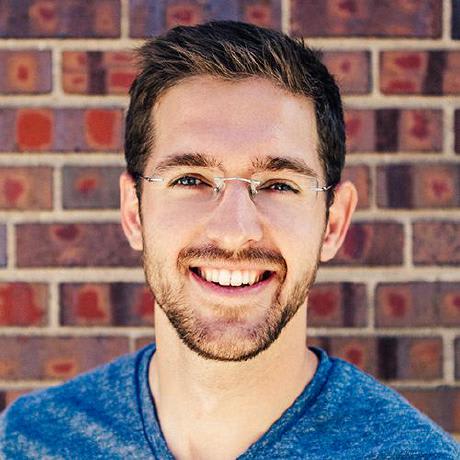 Note: This PR initially was titled: Introduce support for ActionView::Component. I've updated the content to better reflect the changes we ended up shipping, to use the new name of GitHub's library, ViewComponent, and to remove mentions of validations, which we no longer use. - @joelhawksley, March 2020

Specifically, it modifies ActionView::RenderingHelper#render to support passing in an object to render that responds_to render_in, enabling us to build view components as objects in Rails.

We’ve been running a variant of this patch in production at GitHub since March, and now have about a dozen components used in over a hundred call sites.

The PR includes an example component (TestComponent) that closely resembles the base component we're using at GitHub.

I spoke about our project at RailsConf, where we got lots of great feedback from the community. Several folks asked us to upstream it into Rails.

In working on views in our Rails monolith at GitHub (which has over 4,000 templates), we have run into several key pain points:

Currently, Rails encourages testing views via integration or system tests. This discourages us from testing our views thoroughly, due to the costly overhead of exercising the routing/controller layer, instead of just the view. It also often leads to partials being tested for each view they are included in, cheapening the benefit of DRYing up our views.

Many common Ruby code coverage tools cannot properly handle coverage of views, making it difficult to audit how thorough our tests are and leading to gaps in our test suite.

Unlike a method declaration on an object, views do not declare the values they are expected to receive, making it hard to figure out what context is necessary to render them. This often leads to subtle bugs when we reuse a view across different contexts.

Our views often fail even the most basic standards of code quality we expect out of our Ruby classes: long methods, deep conditional nesting, and mystery guests abound.

ViewComponent is an effort to address these pain points in a way that improves the Rails view layer.

Components are subclasses of ViewComponent and live in app/components.

They include a sidecar template file with the same base name as the component.

We can render it in a view as:

Components are unit tested directly, based on their HTML output. The render_inline test helper enables the use of Capybara assertions:

ViewComponent allows views to be unit-tested. Our unit tests run in around 25ms/test, vs. ~6s/test for integration tests.

ViewComponent is at least partially compatible with code coverage tools. We’ve seen some success with SimpleCov.

By clearly defining the context necessary to render a component, we’ve found them to be easier to reuse than partials.

ViewComponent is far from a novel idea. Popular implementations of view components in Ruby include, but are not limited to:

I’ve created a demo repository pointing to this branch.

A cross-functional working group of engineers and members of our Design Systems team collaborated on this work, including by not limited to: @natashau, @tenderlove, @shawnbot, @emplums, @broccolini, @jhawthorn, @myobie, and @zawaideh.

Some interesting highlights that I saw were:

In early benchmarks, we’ve seen performance improvements over the existing rendering pipeline. For a test page with nested renders 10 levels deep, we’re seeing around a 5x increase in speed over partials:

ActionView::Component allows views to be unit-tested. Our unit tests run in around 25ms/test, vs. ~6s/test for integration tests.

I've never heard of view components before, at least not in regards to Rails. Seems pretty cool though; what are your thoughts?

Why good documentation matters for Developers?

Once suspended, andy will not be able to comment or publish posts until their suspension is removed.

Once unsuspended, andy will be able to comment and publish posts again.

Once unpublished, all posts by andy will become hidden and only accessible to themselves.

If andy is not suspended, they can still re-publish their posts from their dashboard.

Once unpublished, this post will become invisible to the public and only accessible to Andy Zhao (he/him).

Thanks for keeping DEV Community safe. Here is what you can do to flag andy:

Unflagging andy will restore default visibility to their posts.