Hello there! I will try to be short.

Flutter test report is not human-friendly.

On my personal Flutter project, I’ve started the setup of Continuous Integration & Continuous Deployment. And in Flutter test report is difficult to use. The report is hard to read & understand in case of failure. Sure, in case of success, everything is good, because there is just one line.

Flutter has big error stack traces. When it has some exception not in your codebase, but in Flutter itself. I mean errors with positioning or sizing, and for them, you will see a few hundreds of lines in logs.

In the front-end development I like the dot notation usually used for unit tests. Dot notation is cool because it’s clear and you can identify skipped and failed tests easily. Such feature useful when you have over 500 tests in your project. But in Dart, there is no such thing, only default and machine reporter. 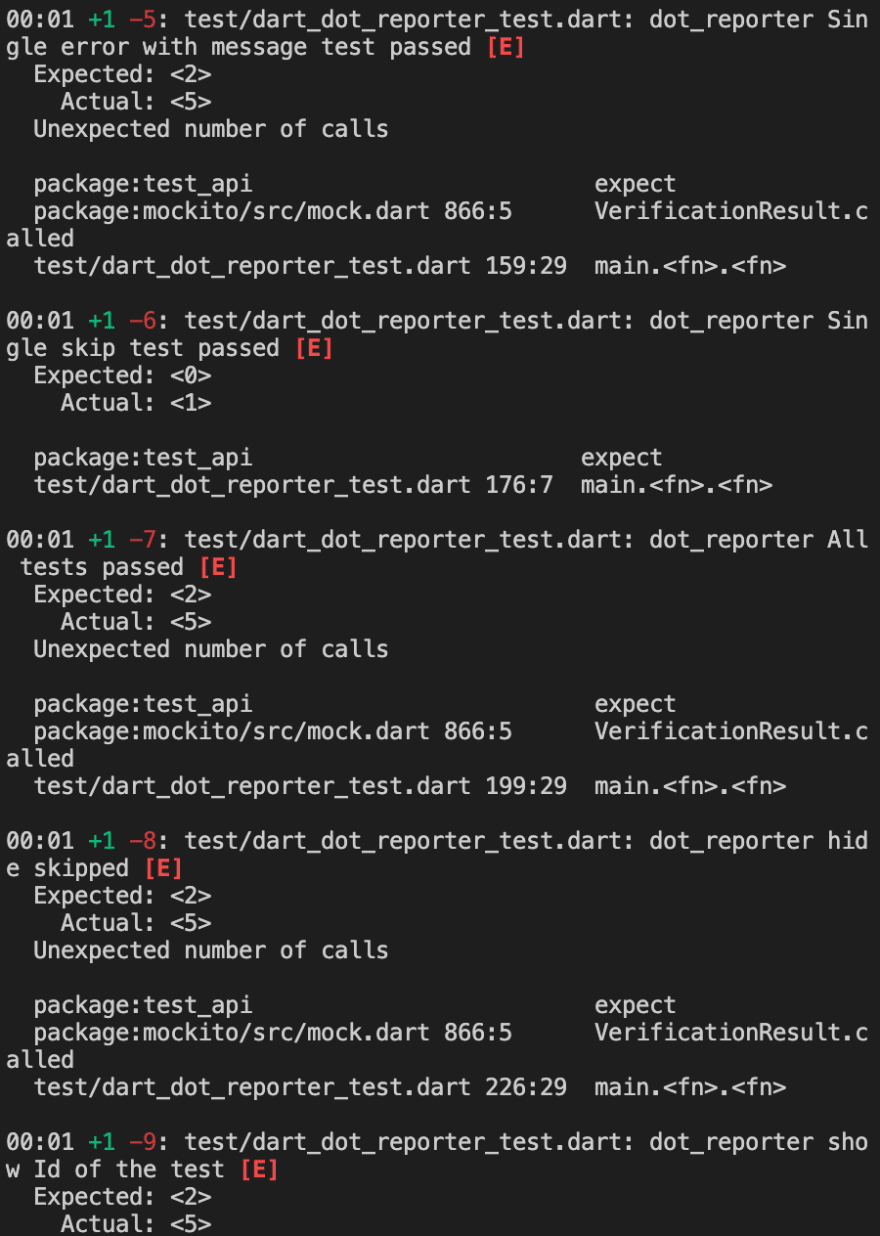 dart_dot_reporter tool transforms machine results to the more readable and clear output. And here is an example:

If you are not familiar with Dot notation

The summary line of icons will be displayed at the start of the report. And in case of skip or failure, it will display the name of the test after the icon on the new line.

I implemented a few features out of the box. If you want - you can:

Also, later I plan to display top of tests which execution took too much time.

In some cases, you can find a JUnit report also useful. junit
But in my case, I wanted to have a possibility to understand which test failed from logs or email/slack message with a fast look on the report.

And you can see the example of that tool usage here in “Run tests” section. Because I use dart_dot_reporter on CI for itself with GitHub actions, which I found useful for personal projects.

If you find some issues - write me a note or create a bug on GitHub.

What is the default font family of a Flutter app?

Aleksey Pastuhov
Software Developer, open-source fan. On my blog, I write about frontend, backend, testing, and other IT stuff.
What's your most used JavaScript framework?
#javascript #webdev #discuss #react
What language or ecosystem have you worked with for work that you would NEVER choose to work in again?
#discuss #watercooler
How I want to get from a11y minded to a11y expert
#a11y #ux #motivation #career