The tradional mode of authentication for websites has been to use cookie based authentication. In a typical REST architecture the server does not keep any client state. The stateless approach of REST makes session cookies inappropriate from the security standpoint. Session hijacking and cross-site request forgery are common security issues while using cookies to secure your REST Service. Hence their arises a need to authenticate and secure a stateless REST service.

In this article we are going to learn about securing our REST API with JSON Web Tokens. JSON Web Tokens are an open, industry standard RFC 7519 method for representing claims securely between two parties. JWT happens to be backed by companies like Firebase, Google, Microsoft, and Zendesk.

Understanding with a similie

We all have a debit card. Once plugged into an ATM machine we can withdraw the amount. The Debit card gives access to only my account and can't be used once expired. JSON Web tokens are similar, you plug your token to an authentication system and get access to restricted data that belongs to you.

When using JWT for authentication you'd usually store the token in the browser's localstorage or sessionstorage. To logout you just remove the token. There's nothing else to invalidate. One of the benefits of using this kind of approach for authentication is that tokens are not persisted in the database, so you don't have to query a session store for anything when authenticating. 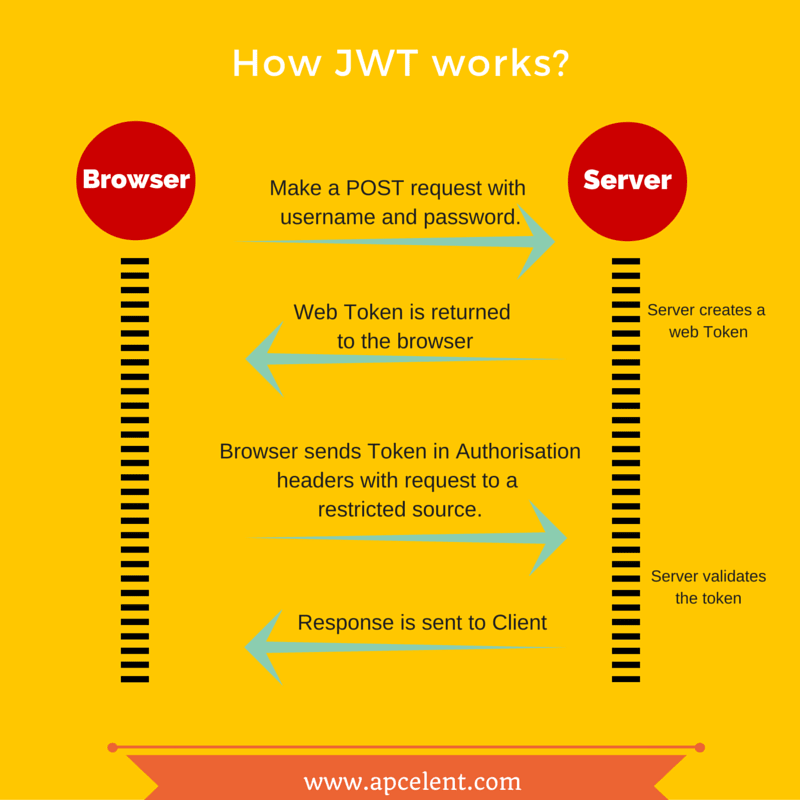 Structure of a JWT

Since there are 3 parts separated by a ., each section is created differently. We have the 3 parts which are:

The JWT Header declares that the encoded object is a JSON Web Token (JWT) and the JWT is a JWS that is MACed using the HMAC SHA-256 algorithm. For example:

"alg" is a string and specifies the algorithm used to sign the token.

"typ" is a string for the token, defaulted to "JWT". Specifies that this is a JWT token.

A claim or a payload can be defined as a statement about an entity that contians security information as well as additional meta data about the token itself.

Following are the claim attributes :

JSON Web Signatre specification are followed to generate the final signed token. JWT Header, the encoded claim are combined, and an encryption algorithm, such as HMAC SHA-256 is applied. The signatures's secret key is held by the server so it will be able to verify existing tokens.

Advantages of Token Based Approach

Creating a JWT in Python

Decoding a payload on the server

Hope the article was of help. Feel free to put your thoughts in the comment.