I'd like to tell you why I made Etiketai, a tool that makes it easier to train image recognition AI models (ImageNet, YOLO and its variants) from any device ensuring security.

A little bit of context

When we want to directly use existing image recognition models such as ImageNet, COCO-ssd or YOLO, we are limited to predict only everyday objects such as cars, people, etc. This is because these models have only learned to recognize these objects within an image. However, there are techniques such as transfer-learning that allow us to retrain these models to predict what we want.

In order to retrain these models, we have to manually label each object that we want to recognize by writing the coordinates of the object in a text file for each image to train. This way the model will be able to learn how to recognize them. This labeling process can be very boring and tedious.

Currently, there are not many alternative tools for this labeling process. The best known current tool is labelImg. The tool is good and does its job, although it has some root problems:

Using labelImg during the last months, I realized that a web application inspired by it would solve several of these problems:

So during my August holiday, I took the opportunity to implement the first POC of my idea. And today, I announce that its first version is out. 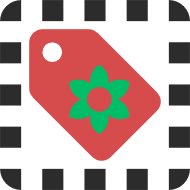 This version 1.0.0 is focused on being useful as a web tool to label your images and supports both ImageNet and YOLO, and its variants.

In addition, I tried to improve the user experience when labeling by making it less necessary to press so many buttons.

Currently, I have some future ideas to expand the features so that it does not remain only as an annotation tool, but to train models after labeling the images.

As a free open-source tool we want to evolve according to the contributions of the community. However, in the first version, there are some things that have not yet been implemented and the idea is to implement them for the next version:

Any further improvements you would like to make? Please let me know in the comments.

I encourage you to try the app and contribute to GitHub to evolve this tool according to the community.

To help me boost this project, please, let me know that you like it by starring on GitHub.

Once suspended, aralroca will not be able to comment or publish posts until their suspension is removed.

Once unsuspended, aralroca will be able to comment and publish posts again.

Once unpublished, all posts by aralroca will become hidden and only accessible to themselves.

If aralroca is not suspended, they can still re-publish their posts from their dashboard.

Once unpublished, this post will become invisible to the public and only accessible to Aral Roca.

Thanks for keeping DEV Community 👩‍💻👨‍💻 safe. Here is what you can do to flag aralroca:

Unflagging aralroca will restore default visibility to their posts.