Motorsports especially Formula1 is a perfect example of engineering marvel where engineers build extraordinary machines. Artificial Intelligence help engineers innovate faster by harnessing the power of data which plays an crucial role in the split-second decisions on the track, redesigning and maximising the performance of vehicles by running analytics and so much more.

The motivation to write this article is that I love working with AI/ML technologies leveraging the cloud and I am big fan of Formula 1.
In Formula 1, AWS powers F1 insights and I took a look under the hood to find some amazing details and the way how it works! So, fasten your seatbelt and we are now going for an amazing learning experience.

The Fastest Car deserves Fastest Cloud
FORMULA 1 is a battle between the world’s best drivers, but it’s also a battle of some of the world’s most innovative engineers. No other sport has been as dynamic in its evolution and embrace of new technology. While some of the tech goes to helping drivers, who are hitting speeds as high as 230 MPH, taking pit stops in under 2 seconds, and flying around corners with a force of 5G, much of it goes to enhance the experiences of its growing base of over a half a billion fans. This is why AWS is proud to be both the official cloud service and machine learning provider for FORMULA1.

During a FORMULA 1 Grand Prix every car contains 120 sensors which generate 1.1M telemetry data points per second transmitted from the cars to the pits. This real-time data is combined with over 69 years of historical race data stored on S3 to inform fans and teams about the unparalleled track-side decision making. 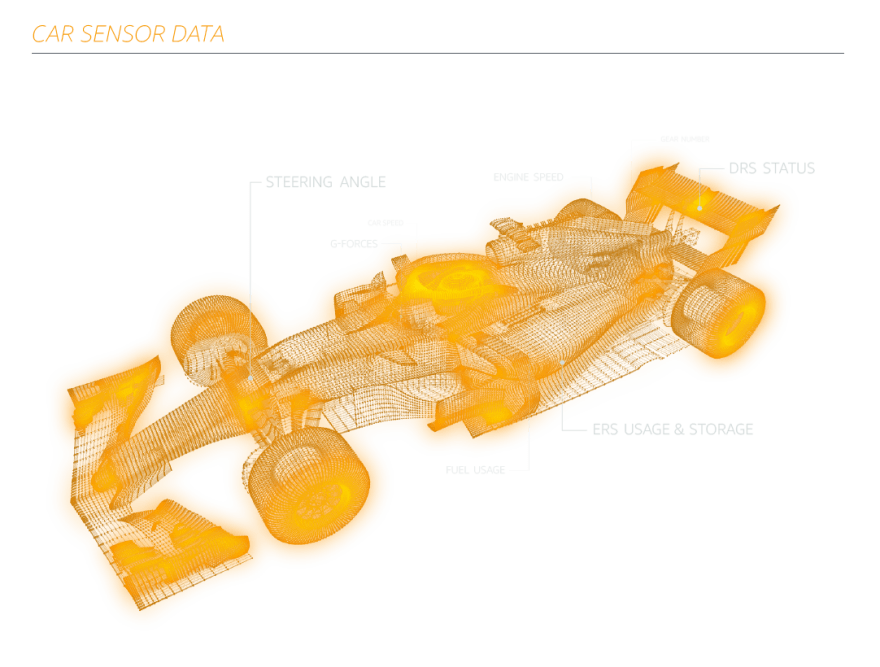 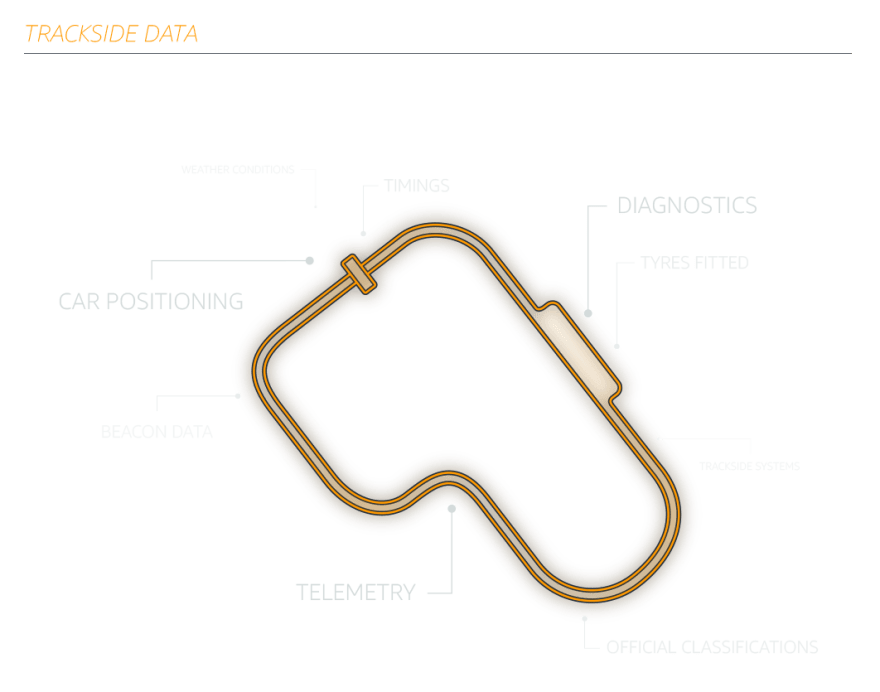 Amazon Web Services, Inc. (AWS), an Amazon.com company (NASDAQ: AMZN), and Formula One Group (Formula 1) have completed a Computational Fluid Dynamics (CFD) project to simulate the aerodynamics of cars while racing, carrying out detailed simulations that have resulted in the car design for the 2021 racing season.

The project modelled the impact of one car's aerodynamic wake on another based on 550 million data points running on 1150 compute cores for detailed simulations.

By use of the Amazon Elastic Compute Cloud (Amazon EC2). c5n instances, the average time for running simulations was reduced to 70% which is equivalent to that of a supercomputer. The entire project duration was for 6 months.

The Project addressed some of the common problems and proposed the results with the help of the AWS Machine Learning Platform. Let's look into that.

For Formula 1 cars, the downforce generated by their aerodynamics is the single largest performance differentiator, helping a car travel faster through corners.

The Solution: F1 used AWS to look closely at how the aerodynamics of cars interact when racing in close proximity. These simulations looked at cars in common racing situations and the results have driven the changes to the proposed 2021 car design.

The Result: Formula 1 has been able to design a car with only 15 percent downforce loss at the same, one car length distance. The resulting car will feature a brand new bodywork design with a new front wing shape, simplified suspension, new rear end layout, underfloor tunnels, wheel wake control devices, and will run on 18-inch wheels with low profile tyres for the first time.

CFD simulates the impact of a liquid or gas on an object and requires extensive compute capacity to perform this kind of simulation, requiring high performance computing (HPC) clusters to do the job.

The Solution: AWS provides the most elastic and scalable cloud infrastructure to run HPC applications. With virtually unlimited capacity, engineers, and researches can innovate beyond the limitations of on-premises HPC infrastructure. To complete the CFD work, Formula 1 used AWS ParallelCluster on Amazon EC2 to run the OpenFOAM CFD framework, and Amazon Simple Storage Service (Amazon S3) for data storage.

Let's look into some of the insights under each category 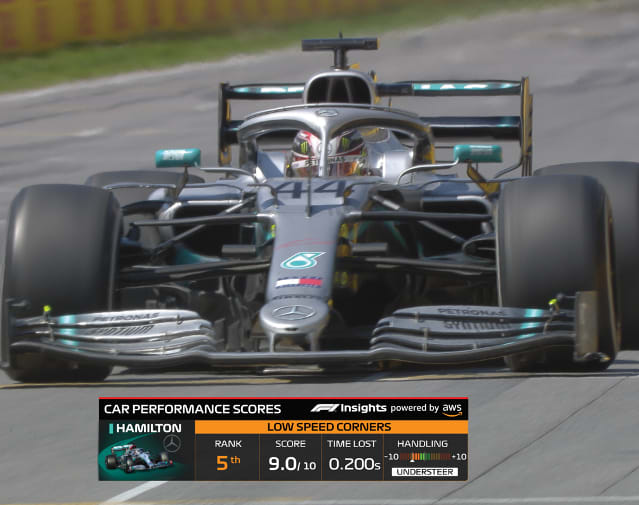 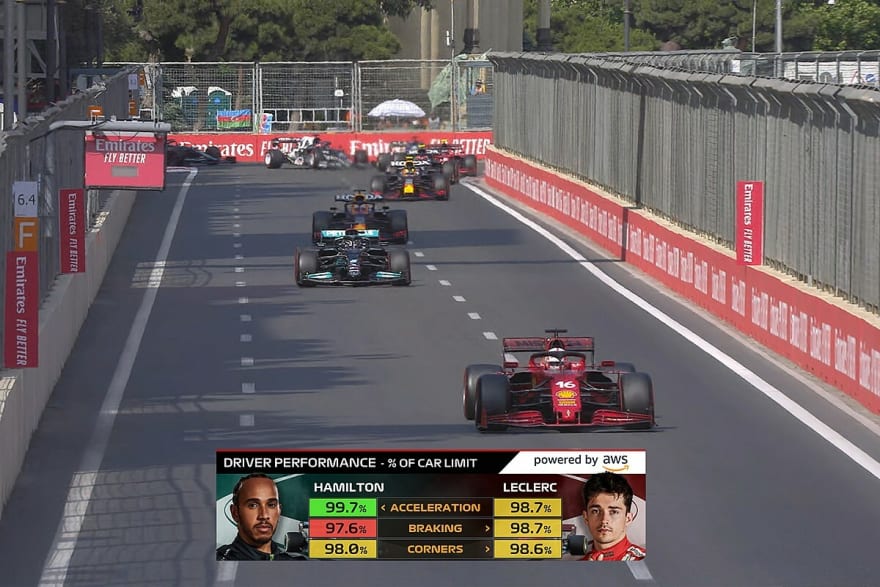 F1 continues to innovate with the Professional Services team and Amazon ML Solutions Lab Team to accelerate development of F1 Insights by prototyping use cases and develop new proofs of concept. The ProServ team then helps F1 get models in to production and integrated into the F1 infrastructure.

References:
The article is a case study of how Formula One leverages AWS for insights.
https://aws.amazon.com/f1/

I do not own/represent any material with respect to FORUMULA 1 and AWS. This is purely for educational purposes.

Once unpublished, this post will become invisible to the public and only accessible to Vivek0712.