It’s been two years since I last wrote about Lambda layer and when you should use it. Most of the problem I discussed in that original post still stands:

Lambda Layer lacks the things you would want from a package manager and shouldn’t be used as a replacement for one. It doesn’t integrate with the existing ecosystem for your programming language and doesn’t give you a way to easily browse and discover what packages are available.

Publish your shard code as a Lambda layer sounds simple on paper, but in practice, it requires a lot more steps and you need to make a few decisions along the way about how to make it work for you. 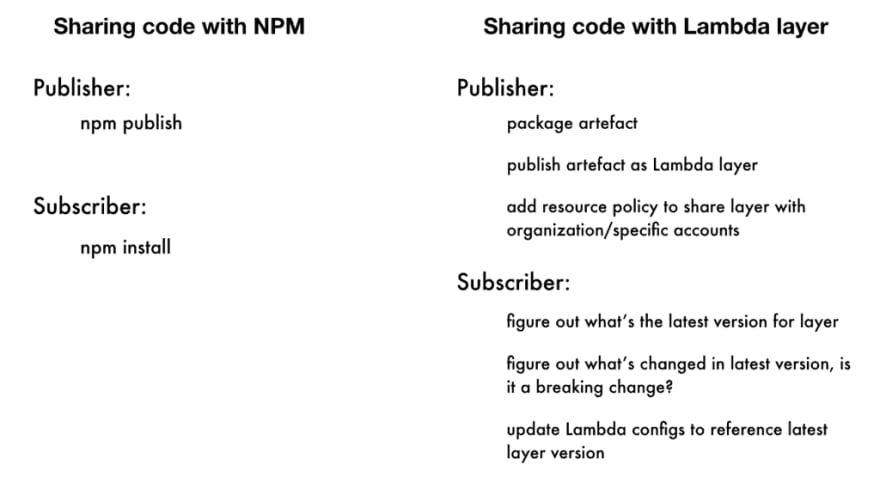 On top of needing more effort, there are the challenges that I mentioned at the start of the post.

It’s just not worth it.

Lambda layer is a poor substitute for existing package managers like NPM.

That being said, Lambda layers is still a good way to share large, seldom-changed files. For example, lambda runtimes for Lambda custom runtimes, or binary dependencies that aren’t distributed via NPM such as FFMPEG and MaxMind’s GeoIP database. The Awesome Layers list has a list of language runtimes and utilities (mostly binaries) that are available as Lambda layers.

In the past 12 months, I’ve also found myself using Lambda layer in pretty much every project! Just not as a package manager, but as a deploy-time optimization.

I’d still use NPM as the package manager for all my shared code. But in every project, I’d use the serverless-layers plugin to:

All I have to do is point the plugin to an S3 bucket to upload the layer’s artefact to. In the serverless.yml I will add this to the custom section:

And voila! All the benefits of using Lambda layers and none of the drawbacks.

In case you’re wondering, I would create the following resources in every AWS account:

These are created as part of my landing zone configuration, using org-formation (which I also mentioned in my last post).

I think this is the right way to use Lambda layers – not as a replacement for NPM, but as a deploy-time optimization.

And since a picture is worth a thousand words, let me summarise this whole post in one picture ;-) 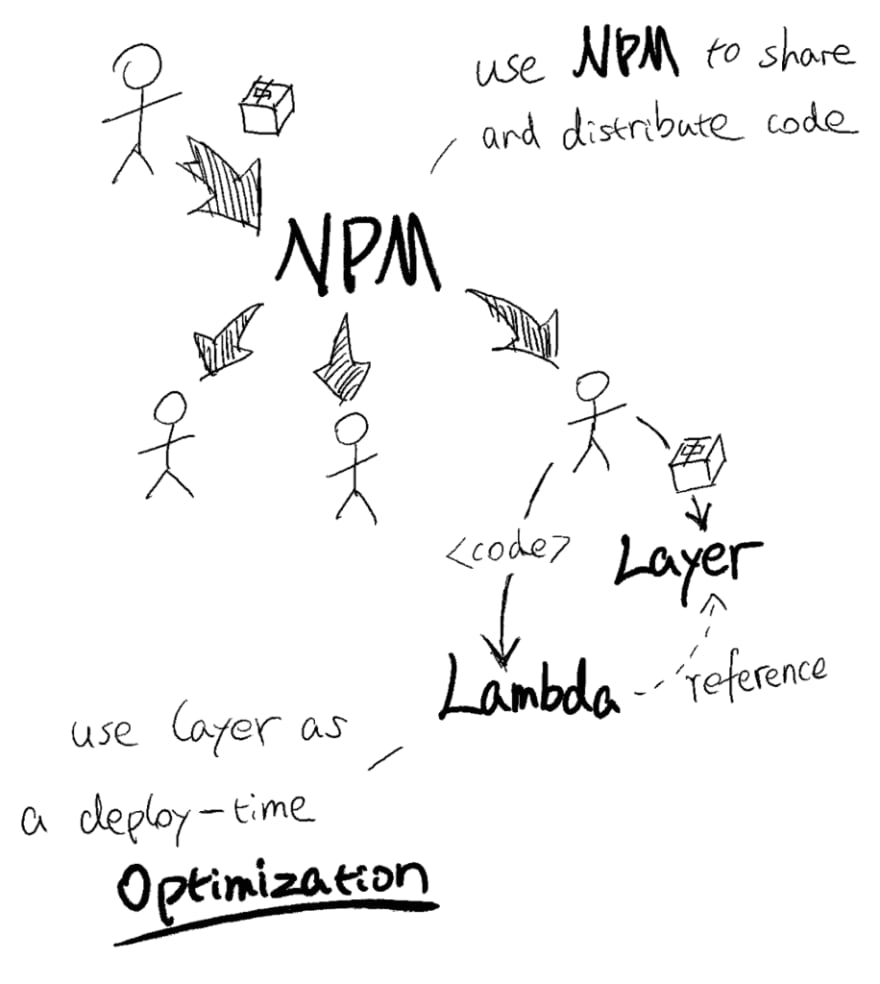 The post Lambda layer: not a package manager, but a deployment optimization appeared first on theburningmonk.com.

25 Git commands I use daily and you should know

How to be a productive programmer in Windows with WSL2