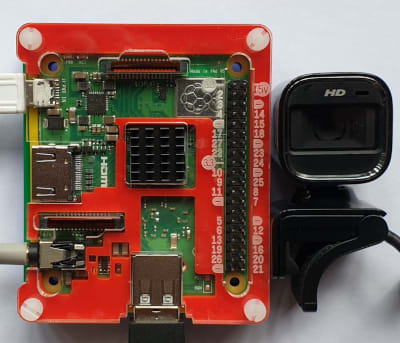 There are lots of applications for image recognition but what I had in mind when developing this application was a solution for vision impaired people scanning fruit and vegetables at a self-service checkout.

If you do not want to download and build the solution you can use the prebuilt Azure IoT Edge configuration from my GitHub repository and use the associated Docker images.

The system identifies the item scanned against a pre-trained machine learning model, tells the person what they have just scanned, then sends a record of the transaction to a central inventory system.

The solution runs on Azure IoT Edge and consists of a number of services.

What is Azure IoT Edge

The solution is built on Azure IoT Edge which is part of the Azure IoT Hub service and is used to define, secure and deploy a solution to an edge device. It also provides cloud-based central monitoring and reporting of the edge device.

The main components for an IoT Edge solution are:-

So, with that overview of Azure IoT Edge here were my considerations and constraints for the solution. 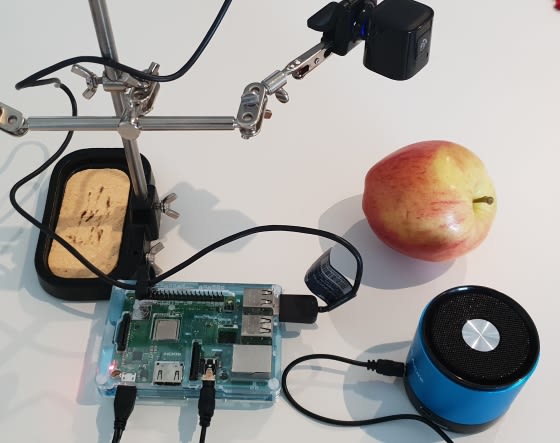 The Azure Custom Vision service is a simple way to create an image classification machine learning model without having to be a data science or machine learning expert. You simply upload multiple collections of labelled images. For example, you could upload a collection of banana images and label them as 'banana'.

To create your own classification model read How to build a classifier with Custom Vision for more information. It is important to have a good variety of labelled images so be sure to read How to improve your classifier.

This "Image Classification" module includes a simple fruit classification model that was exported from Azure Custom Vision. For more information read how to Export your model for use with mobile devices. It is important to select one of the "compact" domains from the project settings page otherwise you will not be able to export the model.

Follow these steps to export your Custom Vision project model.

Azure Speech Services supports both "speech to text" and "text to speech". For this solution, I'm using the text to speech (F0) free tier which is limited to 5 million characters per month. You will need to add the Speech service using the Azure Portal and "Grab your key" from the service.

Open the deployment.template.json file and update the BingKey with the key you copied from the Azure Speech service.

How to install, build and deploy the solution

The following describes the highlighted sections of the project. 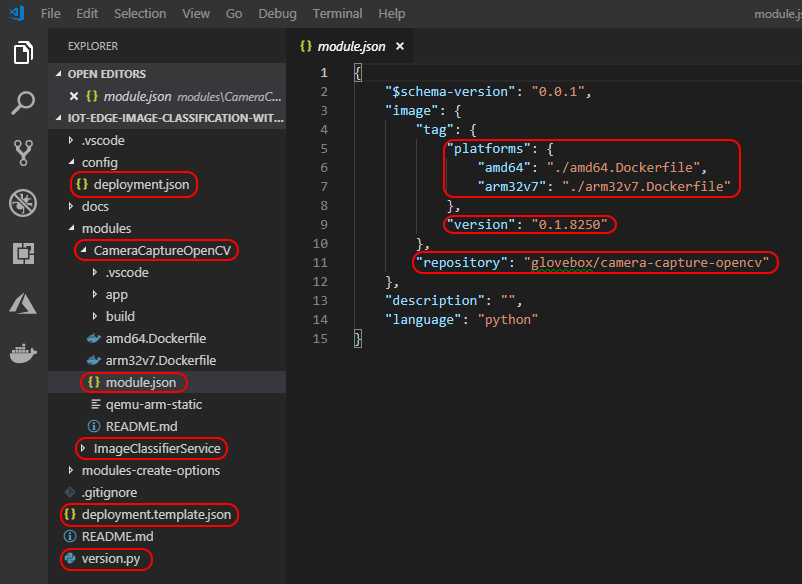 You need to ensure the image you plan to build matches the target processor architecture specified in the deployment.template.json file.

When the Docker Build and Push process has completed select the Azure IoT Hub device you want to deploy the solution to. Right mouse click the deployment.json file found in the config folder and select the target device from the drop-down list. 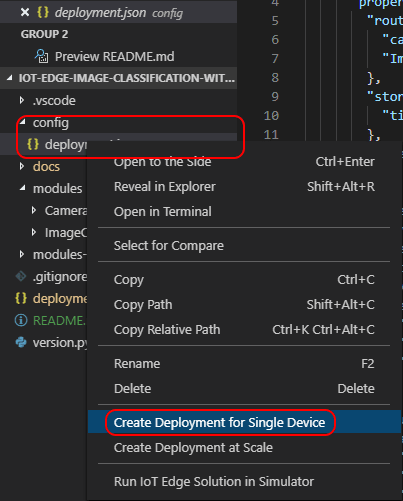 Monitoring the Solution on the IoT Edge Device

Monitoring the Solution from the Azure IoT Edge Blade 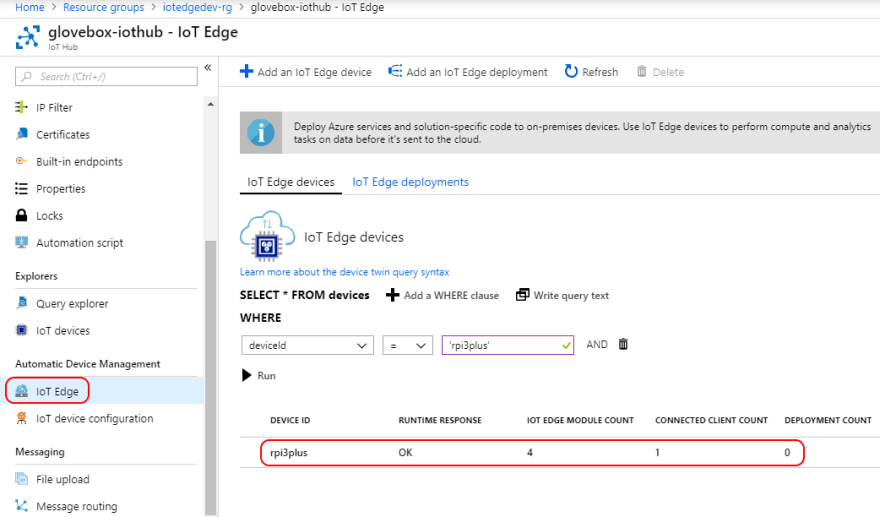 Click on the device from the Azure IoT Edge blade to view more details about the modules running on the device. 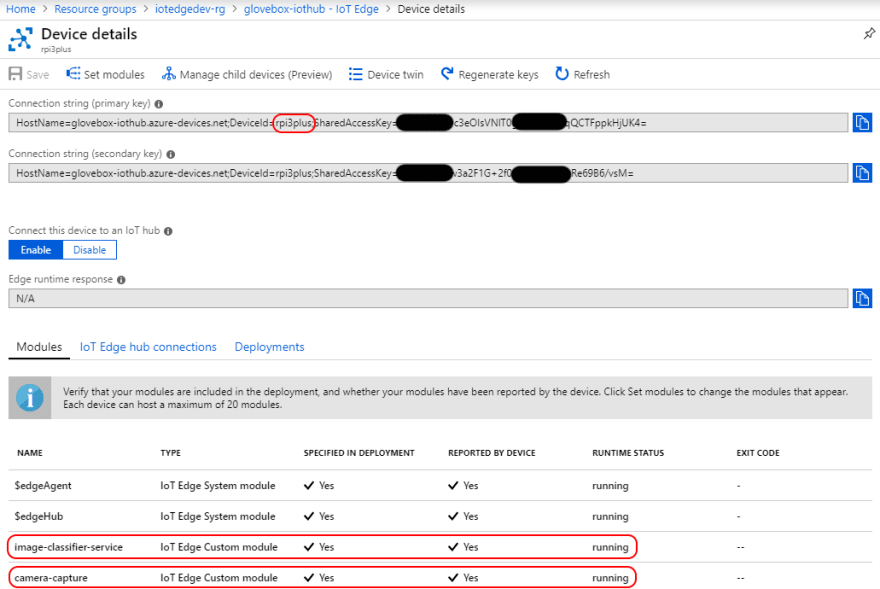 When the solution is finally deployed to the IoT Edge device the system will start telling you what items it thinks have been scanned.

Congratulations you have deployed your first Azure IoT Edge Solution!

How to Plot an audio file using Matplotlib

Want to run Python in web browser? PyScript is here!

Once unpublished, this post will become invisible to the public and only accessible to Dave Glover.