Microsoft has published a learning path for fusion dev teams. In addition to that, they also published an e-book for it. We can see how an organisation can build up a fusion team and deliver services through this fusion development approach.

Lamna Healthcare Company is a fictitious company that provides health and fitness services for their members. They are about to build a mobile app using Power Apps. Throughout this post, I'm going to observe how they cope with it within the fusion team.

You can find the sample code used in this post at this GitHub repository.

Lamna Healthcare Company runs a fitness centre in Korea. Ji Min is a team leader for personal trainers. The centre has built a system that the trainers put the workout logs for their members through a system. For their customer experiences, they at the same time also write the records to their members' journal by hand. Ji Min wonders whether it's efficient for both trainers and members because it seems they write the same log twice. Fortunately, she's willing to build a Power Apps app for those workout logs. When a trainer or member logs the workout details through the app, the centre stores the data to their data storage (Azure Cosmos DB) through their backend (Azure Functions and Azure Service Bus).

As the backend API has already been up and running, all she needs to do is to use the API within Power Apps via a custom connector. The end-to-end application architecture looks like: 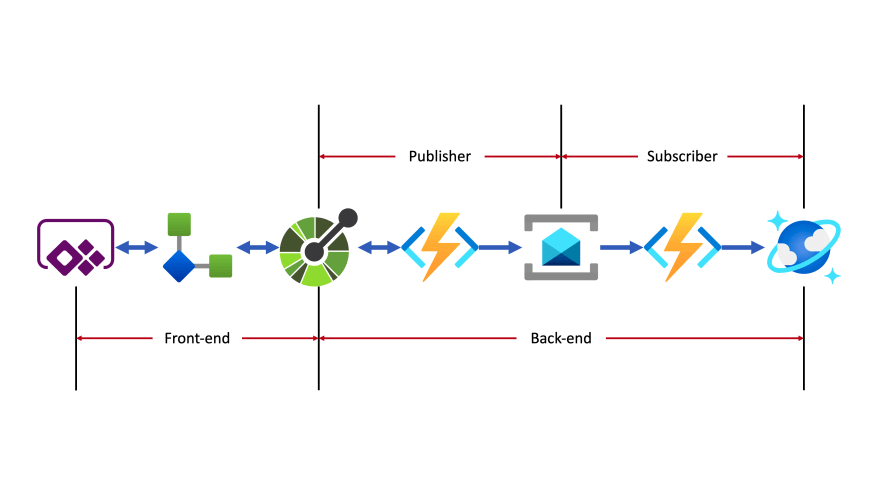 As Ji Min is a part of the fusion team representing the personal trainers' team, she contributes many ideas to the team to achieve more business outcomes. Su Bin is a pro dev in the same fusion team who is responsible for the backend APIs. Ji Min asked Su Bin to make the API discoverable so that Ji Min can do something on her side. Therefore, Su Bin added the OpenAPI extension to the Azure Functions app by installing the NuGet package.

By adding minimal efforts, Su Bin added a few OpenAPI-related decorators to the function endpoints. The following code snippets are just an example API for creating a routine when a workout begins. As it's over-simplified codes for brevity, you can check out the full codes at this link.

After the decorators being added, deploy the function app, and you will see the Swagger UI screen like: 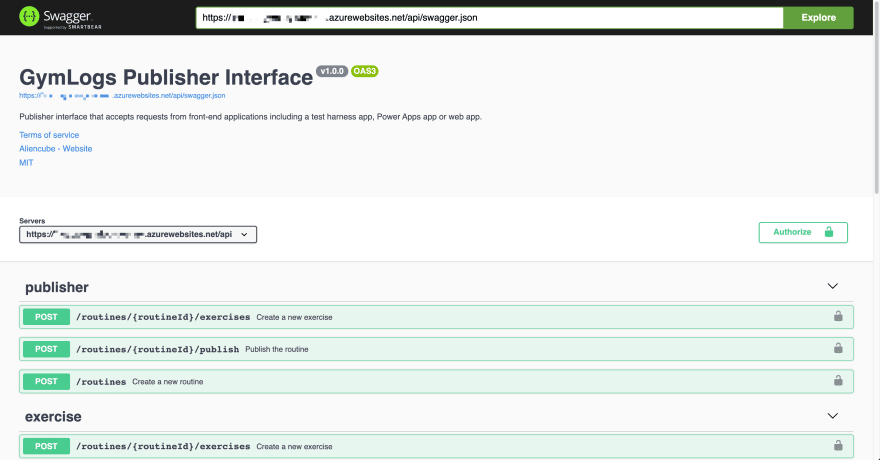 As the OpenAPI extension supports both V2 (Swagger) and V3, you'll see either V2 or V3 doc depending on your configurations when you visit https://<function_app_name>.azurewebsites.net/api/swagger.json. The screenshot above renders the V3 doc.

The serverless API has now got better discoverability. Now it's time to create a custom connector for Power Apps to access the API. As Power Apps is a low-code app maker platform, Ji Min, as a citizen dev, can easily make the custom connector. Click the Custom Connector menu at the left-hand side, click the ➕ New custom connector button and select the Import an OpenAPI from URL menu. 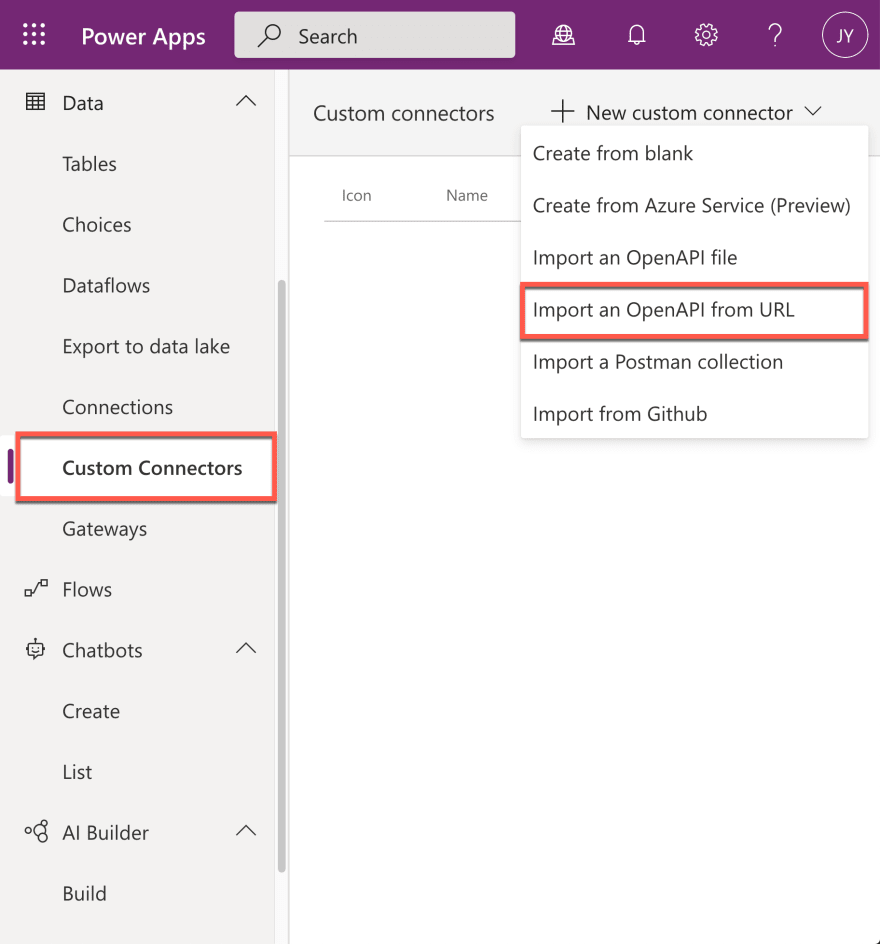 Put the OpenAPI document URL to the field of Paste in the URL for the OpenAPI. Currently, the custom connector only supports the OpenAPI spec v2. Therefore, use the URL, https://<function_app_name>.azurewebsites.net/api/openapi/v2.json for import. 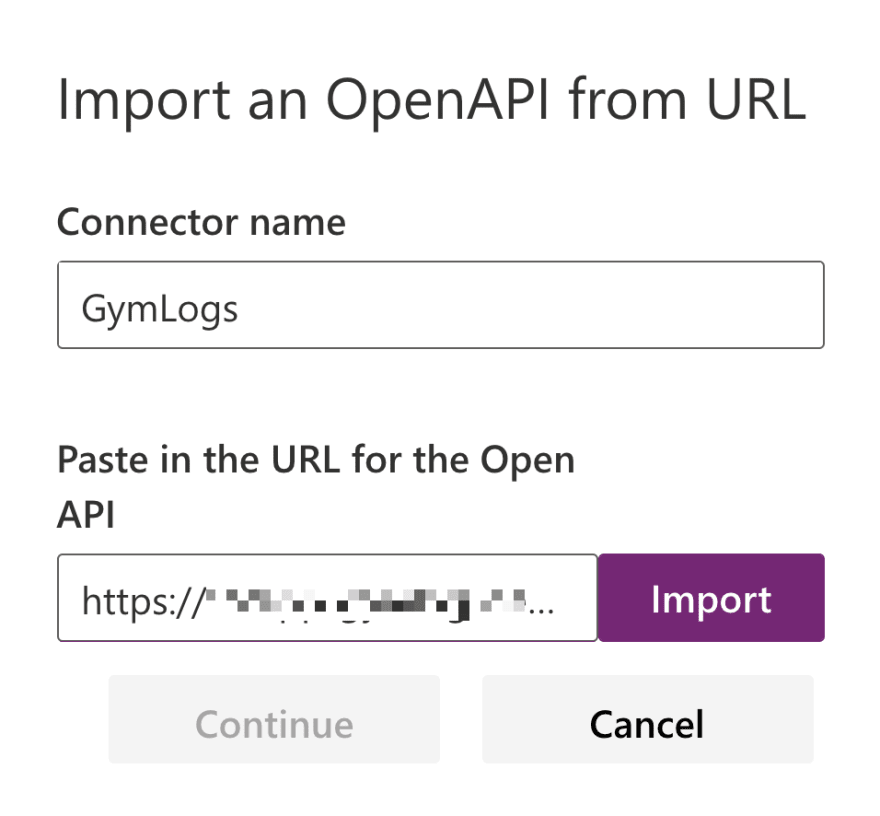 Sometimes, you'll have the following error during the import. It's because the CORS setting is missing between the Power Apps Studio and Azure Functions app instance. 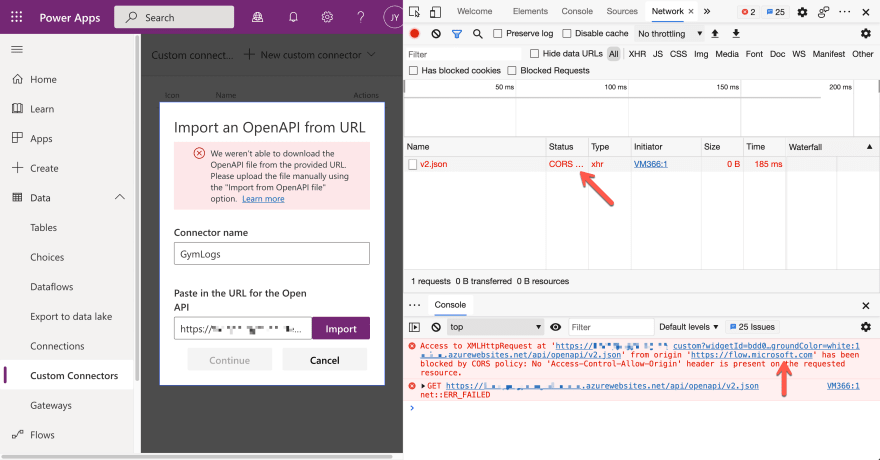 To figure this out, add the URL, https://flow.microsoft.com, to the Azure Function's CORS settings. 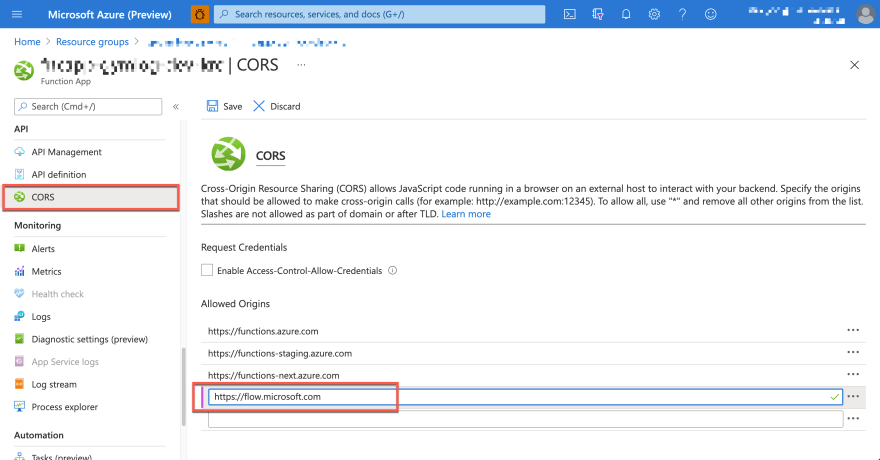 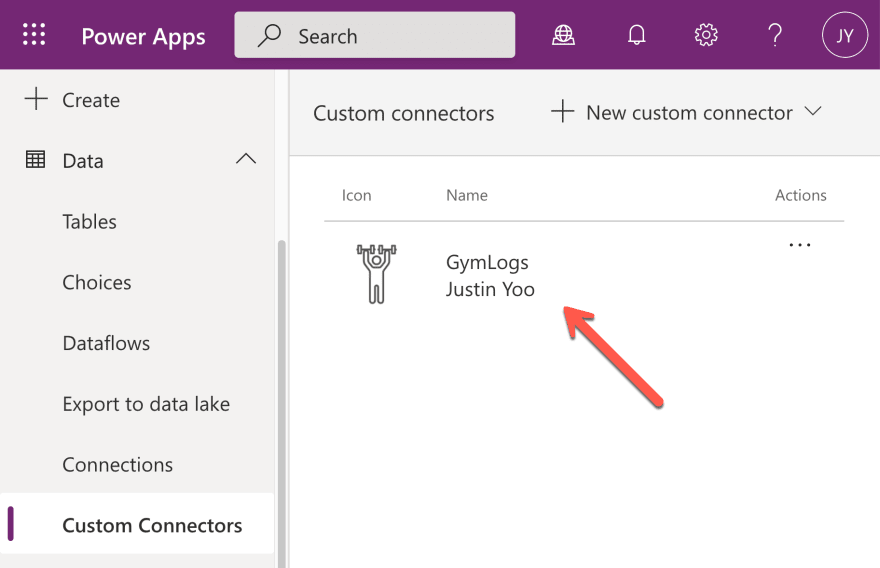 In order for Ji Min to use the custom connector within her Power Apps app, a new connection must be created beforehand by providing authentication details. As API keys protect Azure Functions API endpoints, give the key for the authentication. Click the ➕ button.

Enter the API key to the field and click the Create button. 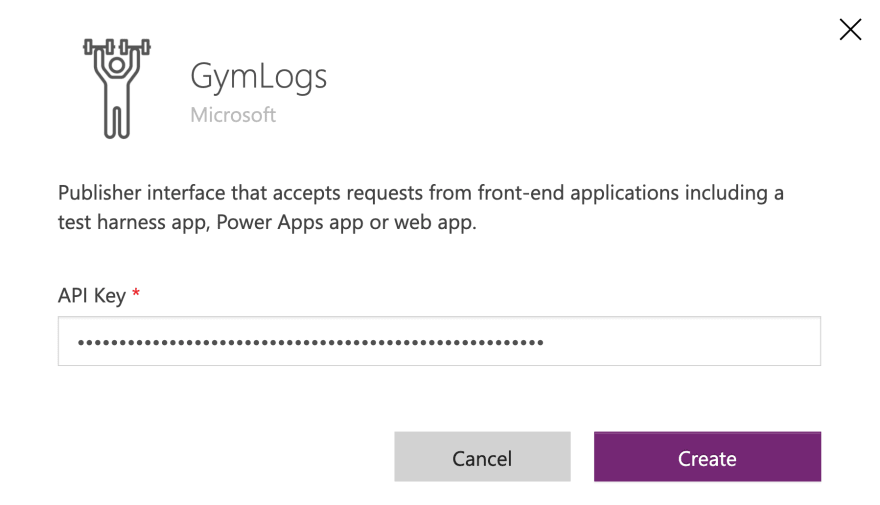 Now, you've got the connection and can use the custom connector within the Power Apps app. 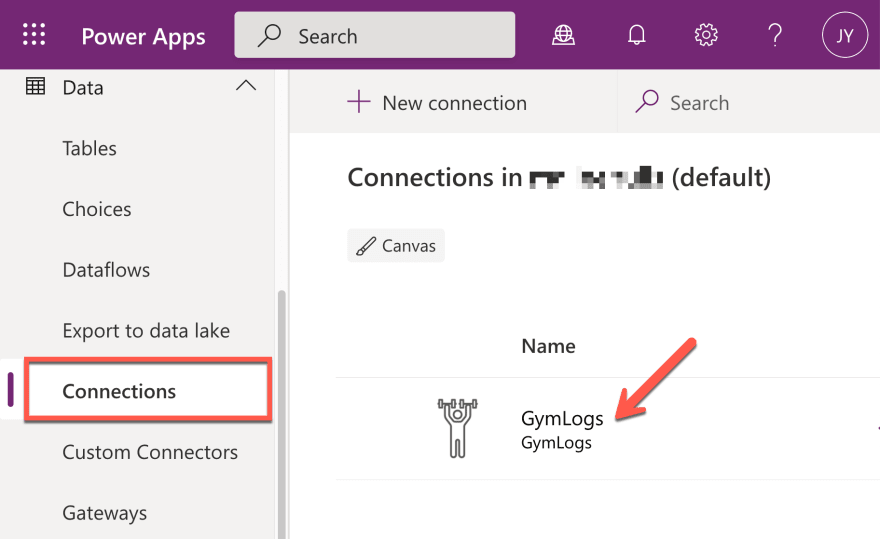 Ji Min is now able to enter her members' workout logs through the Power Apps app instead of hand-writing them. Add the custom connector on your Canvas app. 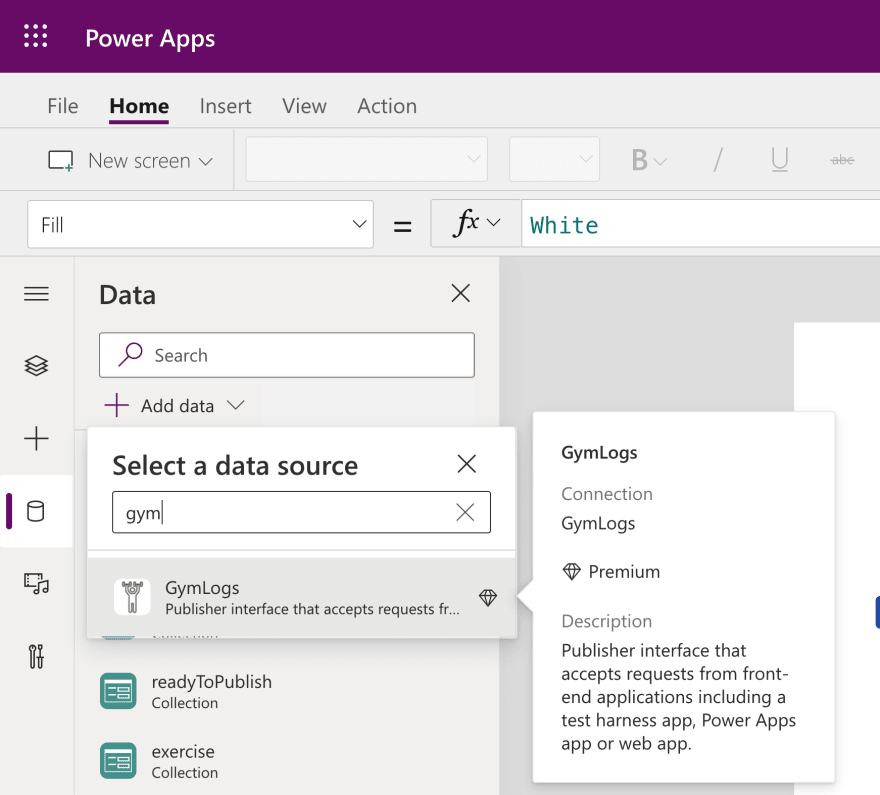 It's all done! Ji Min finally can manage all the workout logs through the mobile app! Here are a couple of screenshots while using the app. 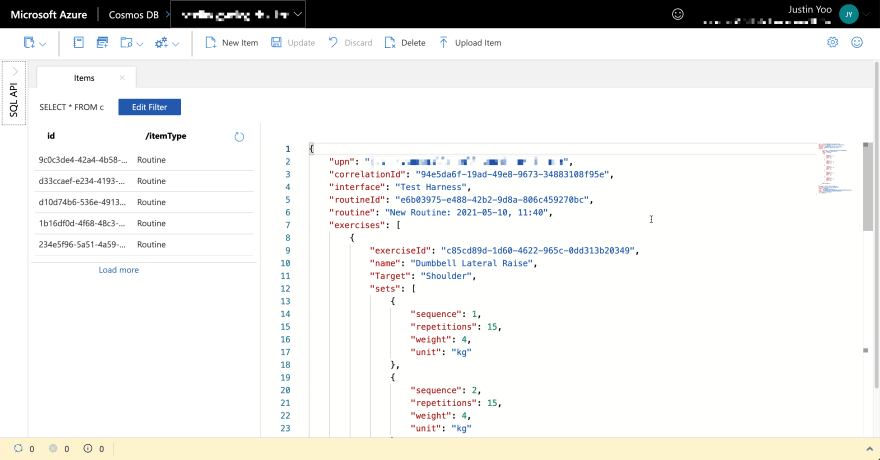 Now, Ji Min is happy, her trainer crews are happy, and all members are happy because they can easily record their workout histories.

You can download the GymLogs app directly from the GitHub repository and import it to your Power Apps environment.

So far, we've walked through how both citizen developer and pro developer can work together within a fusion team –

After this collaboration practice, Lamna Healthcare Company can offer better customer experiences with the workout log apps, resulting in their business growth.

In the next post, let's trace the end-to-end data flow through Azure Monitoring.

What is Azure DNS Private Resolver ?.