Dapr! No, not dapper, dapr.

If you haven't read my past articles about dapr, that's ok. Let me try to boil this big project down to a sentence:

If you want to read more about it, see the intro blog post.

And with that, let's talk about (and demo!) probably the hardest thing that most (any?) apps have to deal with: storing data.

🙋‍♀️ Dapr does other things besides storage too

Dealing with data stores is hard. You have to get the right SDK, mock out your data store for unit tests, write integration tests for round-tripping data, make sure you deal with migrations, failover, and more...

Dapr helps with all that, but it also comes with some limitations too. Before we go demo the thing, some pros and cons for storage:

ℹ In Dapr land, the data storage API isn't called a database on purpose because it gives you a key/value storage API. It's not SQL or any other kind of rich query language, so keep that in mind when deciding what to use.

If you want, you can check out more details on storage here.

Dapr comes with a bunch of different implementations of the data API across clouds and open/closed source. We'll use the Redis implementation here.

I followed the installing instructions, using the Linux script (since I'm using WSL2):

I had to provide my password because the script sudos things, so if you're not into letting a random script from GitHub get superuser on your computer, you can download binaries instead.

It was installed and I could test things out:

It even has ascii art 🤡!

Let's get something running. The hello world tutorial actually goes much farther than I expected it would.

You get an app up and talking to the storage API (backed by Redis), but then you get a second app up and running and have it call an API on the first one. It's actually showing off service invocation too 🎉

I first got the hello world sample code:

The sample code has a Python app and a Node app. Both has a REST API in them.

First, the Node app. The demo README first goes through the Node code a bit.

The really interesting bit I saw was that we're doing a POST request with the fetch API to the local Dapr API to store some data. What was cool was you can also just return some JSON and it'll be automatically stored.

I really like that part because you don't have to manually do anything to get data into the database. It just happens. 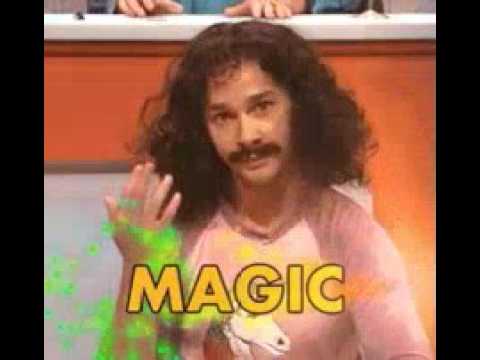 On to running the thing. You do the standard thing to install the JS dependencies:

But you then run it with the dapr CLI, not npm or node. This spits out a lot of log lines, and that's normal. Here's approximately what it looks like:

Ok, now it's running. You use the dapr CLI to also make calls to the web service. I like the simplicity of a single CLI.

You can also use curl for this if you want

And verifying that the request actually went through, and the data was stored, we have logs:

Now for the grande finale! The Python code calls the Node app in an infinite loop, so we should be able to see the Node app responding to requests and also see the datastore fill up at the same time.

First, we set up the Python dependency:

And then I ran it with the same dapr run command we used for the Node app, except in a new terminal tab. I cut out all the verbose log lines this time!

Now, back in the Node app logs, storage is starting to fill up!

I wanted to compare this Node/Python codebase to compare my experience, and was pleasantly surprised. Let's break it down:

From experience with Go, I can say that a battle tested storage layer for this kind of thing would be about 50 lines. That's an apples to oranges comparison, but I know for sure that all the battle-tested bits are now behind that slick storage API the Node app is using. And funny enough, that part is written in Go 💪.

Bonus: Behind the Scenes

I mentioned above that you need to have Docker installed in order to get this working. That's all because Dapr needs an image running in the background for this demo to work.

The important one is ... Redis! By default, all the storage API calls the Node app is making get routed into Redis.

So we've seen the storage API and a bit of the service invocation API. Honestly, those two pieces alone can get you a long way just on basic usage alone.

As you get more advanced, you'll probably want to learn more about and use things like concurrency management and retry policies.

Any way you go, the docs repository and particularly the state management section are great references.

That's all for today. I hope you go forth and enjoy dapr-ing!

Link Building For Startups in 2022

How to Create a Line Chart in JavaScript

Once unpublished, this post will become invisible to the public and only accessible to Aaron Schlesinger.