When we want to do simple changes in a file, we don't want to open an integrated development environment. For example when we have to edit a configuration file or search something within a file, we want to do this quickly, ideally keeping our hands on the keyboard. Always - no mouse support or graphical user interface needed.

Beside nano there are other well known command line text editors like vi or emacs. Nano is a superset of pico written in C for Unix-like systems as a free software. It was released in 1999 and is part of the GNU project since 2001.

The reasons why we want to have a closer look on nano today are:

Install nano.
If we are on Mac OS X nano is installed by default. If nano is not installed on your Linux distribution we can install it with sudo apt-get -y install nano.

Once it is installed type nano in the terminal and we are using the command line editor. When we click ctrl+g the help text will be displayed. ctrl is displayed as ^ (caret symbol) in nano. 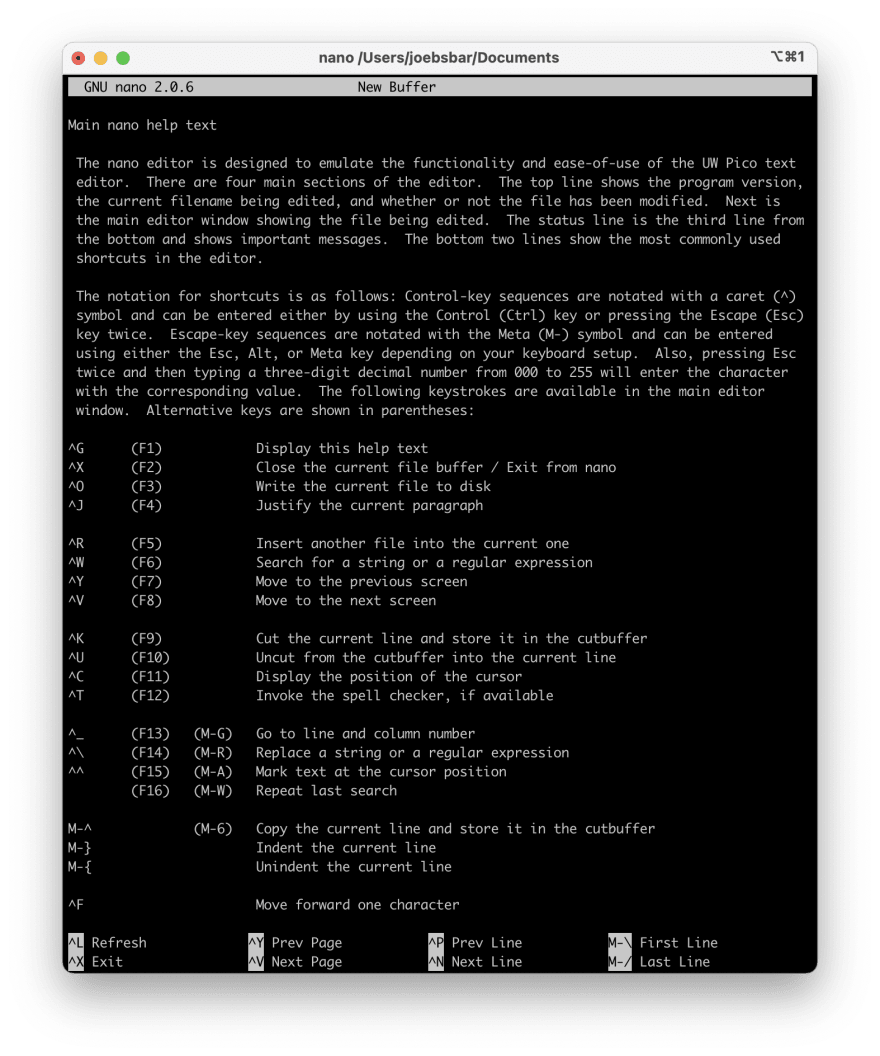 We can use the arrow keys to navigate around. But if we don't want to move the fingers away from the letters, we can use the following commands.

You can find the entire nano manual here.

Once suspended, barbara will not be able to comment or publish posts until their suspension is removed.

Once unsuspended, barbara will be able to comment and publish posts again.

Once unpublished, all posts by barbara will become hidden and only accessible to themselves.

If barbara is not suspended, they can still re-publish their posts from their dashboard.

Once unpublished, this post will become invisible to the public and only accessible to Barbara.

Thanks for keeping DEV Community 👩‍💻👨‍💻 safe. Here is what you can do to flag barbara:

Unflagging barbara will restore default visibility to their posts.