A fair majority of us have gone through the pains and troughs of at least several months of finding that first dev job, and then heading over to LinkedIn to ecstatically change our job status to flaunt our so well-earned indoctrination and achievement of finally being an industry standard developer.

I had spent over nine months of digging through websites’ careers page and casting my very wide and trusty job-searching net in hopes of landing that one fish, no matter what type it was. I’ve applied to numerous companies that I eventually had forgotten about, only to receive a lovely rejection letter two months later detailing how my resume is very impressive, but just not quite impressive enough or that I’m not the right fit for their team. So then, why after over a hundred applications sent and near as many rejections, did I reject that first holy grail, that first offer to join the prestigious and exclusive club of being a true, professional developer?

Before answering this question, I’ll give a short telling of my journey as a web developer. I started off in April 2018 with Le Wagon coding bootcamp, where I happened to meet my girlfriend who would convince me (albeit fairly easily) to pick up and move to Berlin in July 2018. I then began hustling as a Teaching Assistant for Le Wagon in Berlin while simultaneously, like rapid-fire, throwing out job applications to any and every company that I could find a job posting that was remotely close to what I was looking for. In November, happened to stumble into contracting and freelancing as a web developer which allowed me luckily to pay the bills enough to make ends-meet. 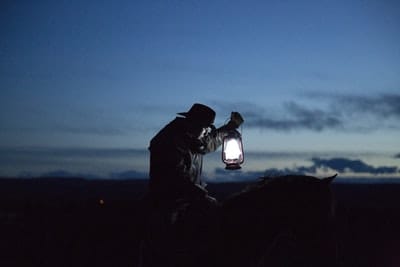 Now back to the question at hand, why would I ever even consider turning down the first full time job offer I’ve received as a developer?

The offer wasn’t decent regarding the salary and commute, however it wasn’t terrible either, especially since at this point any offer was like finding a goldmine. When I had negotiated for the salary, I had asked for a salary that is the industry standard for computer science graduates, and I was rebutted since I am only a boot camp graduate. This was fine for me, as I knew not to care about the salary. The commute would be fairly long, but once again, a sacrifice I’d be willing to make to lay my first steps into the realm of professional developer-hood.

So, I decided to try out the company for a day and went in for work to check it out and see what it would be like. We agreed that I’d come on first as a contractor until the manager who’s in charge of the contracts comes back and can process a full time position to join the team. The day went fairly well, and I enjoyed it more than I expected. I had also received a dream position as a React Native developer. I have recently gotten into React as a focus, so this couldn’t have been any better in this regard. With the company being an agency, I also knew that I’d have lots of exposure to several different projects and I wouldn’t be stuck on one API for my entire tenure (hopefully). I even had lots of autonomy and worked the same as every other developer straight off the bat, just completing the tasks handed to me by the project manager. 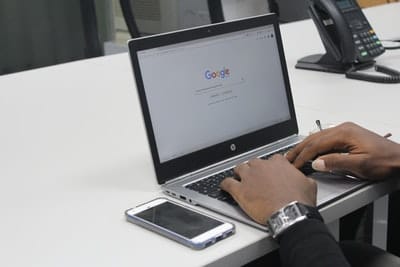 Everything seems like it had been a beautiful job served to me on a silver platter (not quite gold since the commute was a little longer than I was hoping for). Despite the commute and money, I was prepared to take this job if the offer was worth it. However it wasn’t. Yes… Yes… You read that correctly, I turned down my first ever developer job, and don’t worry I still think I’m fairly nuts for doing it. But, why? Well because of:

As a first job and only having around one year of experience, the foremost thing I’m seeking is mentorship. After working the one day with this company, I noticed I was treated the same as all the seasoned developers and there seemed to not be some type of access to a full time mentor that I could pester. The first position you take as a developer should focus on learning and growth. True, I could’ve taken the job and learn lots on my own, but having a senior to whom you can ask questions is something that is valuable. Rather than spending four or five hours sometimes on a feature or piece of code, you can just roll over to them and bug them to help you fix it in a matter of minutes. A company that has mentorship guidelines in place demonstrates that they care about your growth and not only on your output.

After experiencing the first day, I knew that I was being undervalued. I was doing the same work as the other developers, and I was making a fairly smaller amount of money for it. As a first job, I did say earlier that your salary shouldn’t matter as long as you can pay the bills, however coupling a lower salary without mentorship nor educational capital demonstrated to me that they viewed me as a cheap hire. They hadn’t seemed to care to detail any type of investment in my growth or education, and expected me to do the same output as the other developers. If you are to be making much less than the industry standard, I believe you should expect to be compensated with mentorship and tools to help you grow as a developer to make it to the next level. To me, this job didn’t seem to care about such things.

For this job I’d have an hour and a half commute each way. Although this is ample time for listening to podcasts (which I most certainly did), the tradeoff of such lost time should be worth it. As junior developers, we need to take every opportunity we can get to keep learning and building. So the question we have to ask ourselves is: Does the job dedicate some time in-house for developing personal projects or time learning? If the answer is no, then we should be able to learn and grow on our own time, or it may be better to find a company that provides it, or is willing to be flexible with you to find a mutual solution that benefits your personal growth.

As Junior Developers we must focus on these things as requirements for our first job. I turned down job because ultimately I was viewed primarily as a tool that they had no plans to sharpen. I believe a company hires juniors for two main reasons, 1. We are cheaper hires and 2. They see potential in you and as a possibility to mold you into what they need. I’d much rather work for a company that takes the time to promote my personal growth and coding knowledge. A company that wants to hire me because I’m cheaper, tells me that they aren’t a company that values the individual from their potential, but instead by the profit they can turn. As juniors, we must understand our self-worth and know that we take lower salaries because it should be compensated with options to learn and grow, and of course to have a mentor that we can pester day-in-and-day-out with all of the naïve questions that they once had themselves. One of the greatest things about the developer community is the openness and willingness to give a helping hand when in need. I expect nothing less from a job, because that is the atmosphere I want work in, and a company I’d hope to join.

I'm curious to hear of y'alls experiences with job searching for that first developer job. Getting your foot in the door is extremely important, but how much do you sacrifice and what would be sacrificing too much?

I hope y'all enjoyed!

Bryan Leighton
Howdy, I'm Bryan and I’m a fullstack developer who loves to hack in Ruby on Rails and JavaScript. I love swing dancing 🕺🏽and DnD and anything nerdy. I am a true Blerd!
Nobody talks about this in the IT world
#beginners #productivity #programming #discuss
Hard things in Computer Science
#computerscience #discuss #hardthings
System Design Interview Tips
#webdev #systems #architecture #career

Once suspended, bdlb77 will not be able to comment or publish posts until their suspension is removed.

Once unsuspended, bdlb77 will be able to comment and publish posts again.

Once unpublished, all posts by bdlb77 will become hidden and only accessible to themselves.

If bdlb77 is not suspended, they can still re-publish their posts from their dashboard.