One of the biggest plagues of web development is being in too much of a hurry. Yes, there are times where nothing is more important than moving fast, but we often take that as the default, when it is actually the exception.

Projects that move steadily towards greatness are the ones that last. It's hard to justify that statement with certainty, but I believe we think that old technologies are bad and that we always need to be moving on to the new stuff, but this is mostly true for projects that were built to be flimsy in the first place. So this line of thinking is kind of a self-fulfilling prophecy. 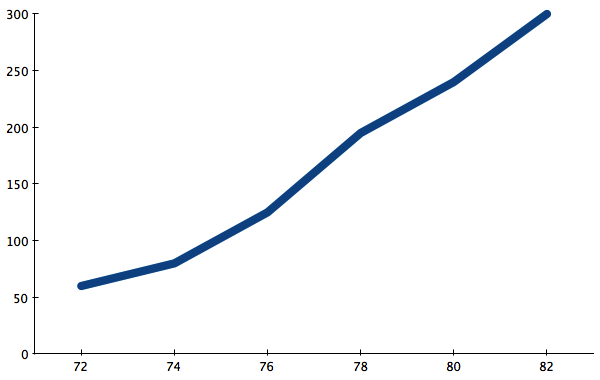 If this generic graph measure's the potential value a project can deliver over time, it would be silly to optimize our time and effort towards the small area under the curve, instead of the big one. Methodical craftsmanship wins out if we can take this mindset.

Being meticulous early on so that you can achieve hyper speed when you need it is the way to optimize for longterm value. There will be a lot of straight aways where you can move really really fast because you've set yourself up to do so early on.

Think in the long term by focusing on the details early on in a project. Don't try to predict the long term future too much, but trust that craftsmanship now will pay off then. Set expectations with people who don't want to think long term. Take long walks where you think through the future, and then put it out of your mind and craft something beautiful now. And have fun.

Getting Started With Accessibility for React

User Acceptance Testing: Why You Need It and How to Do It