What is Functional Programming?
In any program there is two core thing data and behavior. Data could be array, object,hashmap etc. Data can be in any form. Behavior is function that perform operation on data. Functional programming says that data and behavior(function) are two different thing. they should be kept separate. It simply says that you pass data to function it will process it and return new object.

There are many new terms in functional programming learning for first time will be exhaustive but my personal suggestion is that you should give this a try.

Before understanding how Function programming works in javascript and its terms, It is necessary to understand that function are first class citizen in js, and also closure and High order function. If you are unclear about them you can checkout on my blog on this, https://rebrand.ly/javascript-closures-9d89f 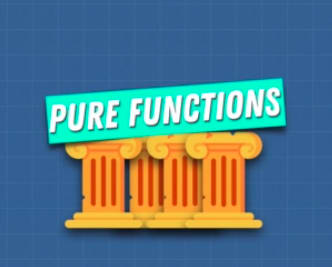 There are some terms in functional programming let's define them

Referential Transparency
In functional programming, referential transparency is generally defined as the fact that an expression, in a program, may be replaced by its value (or anything having the same value) without changing the result of the program. This implies that methods should always return the same value for a given argument, without having any other effect.
Let's understand it with example

Idempotence
A function is idempotence if for same input it provides same output or does what we expect, Idempotence is different from pure function as it allow side effect. A n example could be get api that with same input provide same output no matter how many times it is called.Another Feature of Idempotence is the idea of calling itself again and again and still the output is the same.Let see other example also:

Immutability
Immutability means not to modify original state by copying it and then applying required changes to the new state and returning the new state. Let's see an example

In above example we have two function hocFn and hocFn2. hocFn function return function so it is HOC while hocFn2 accept function as argument so it is also HOC.

I have written separate blog on closure be sure to check on that
https://rebrand.ly/javascript-closures-9d89f

Currying
Currying is a technique of translating a function evaluation that takes multiple parameter into evaluating multiple function that each takes a single parameter.
Let's understand with an example

Partial Application
Partial Application means we are partially applying a function. Suppose a function has 5 arguments. We want its execution to be partially that is for now i will pass 2 arguments and rest of the 3 arguments i will pass later, this is called partial application and it is possible due to closure because when we apply function partially the argument we passed are remembered and are used when we fully execute the function with remaining number of arguments. Let's understand with example.

Composing is an idea that describe that the transformation of the data should be obvious. Let's describe compose in simple terms: if there is a data which is processed by a function and that function return new form of the data, the return data is again processed by another function which return new form of data and this chain continues until we get required output. We can say for compose that it is a design principle which describe the relationship with different components (function), here we arrange components in a assembly line which describe how the data is transformed from one function to another.
Pipe is similar to compose the difference is in execution. compose execute the components from right to left while pipe execute the component from left to write.

let see with an example 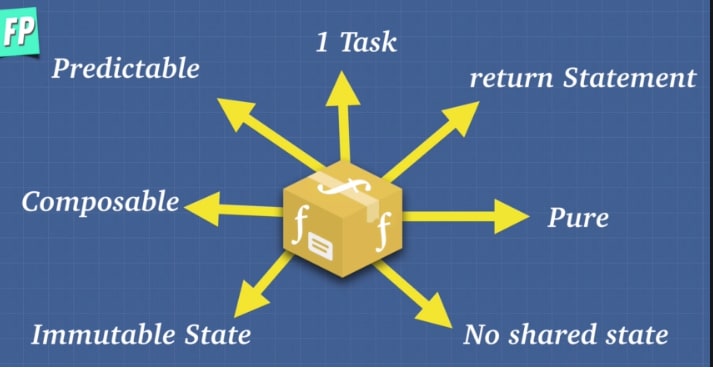 Functional programming suggests that the data and function(effect) should be separate. The function should have following properties

Under the hood: how Jest finds related tests

Once suspended, bhaveshdaswani93 will not be able to comment or publish posts until their suspension is removed.

Once unsuspended, bhaveshdaswani93 will be able to comment and publish posts again.

Once unpublished, all posts by bhaveshdaswani93 will become hidden and only accessible to themselves.

If bhaveshdaswani93 is not suspended, they can still re-publish their posts from their dashboard.

Once unpublished, this post will become invisible to the public and only accessible to Bhavesh Daswani.

Thanks for keeping DEV Community 👩‍💻👨‍💻 safe. Here is what you can do to flag bhaveshdaswani93:

Unflagging bhaveshdaswani93 will restore default visibility to their posts.