⚠️ Warning: Potentially controversial opinions ahead! Turn back now if Gatsby is your lord and savior, and you serve to protect the React dogma.

So I just finished building my shiny new personal site ✨ I thought about using fancy, component-driven frameworks like Gatsby to stay on the bleeding edge of web development, but after some reflection, I thought to myself...

do I really need all this tooling to write some static HTML?

This ended up being a huge learning experience on how to build a statically generated SPA from scratch (check out the README if you're curious how I approached it!). But it also taught me some valuable lessons on how far you can go while ditching the component libraries we all know and love.

A little background: going from dynamic to static sites

Okay, let's be real for a moment: component-level thinking rules modern web development. Even as new frontend libraries and Ruby-esque frameworks hit the scene, they still rely on the same basic formula: write your markup and JS logic inside a bite-sized component, and compose those components with imports and exports. Whether those components are class-based, functional, or even at the DOM level (hello web components 👋), they're all focused on these ideas of logic isolation and code reusability.

Popular libraries like React and Vue have become such a one-size-fits-all solution that we don't even question them anymore. New to building literally anything on the Internet? Just run npx create-react-app and get going!

I used to agree. But over the past couple years of Gatsby and JAMStack preaching, I've also come to realize that damn, we're making some fat JS bundles. With all these JS-based components, we're shipping entire rendering libraries to the browser, even for a company's plane ole' static splash page!

Before getting cynical, it's worth remembering why these libraries were made in the first place. React wasn't created because Facebook should be a better static site; it was created because Facebook is a super dynamic, ultra complex web app with logins, trackers, home feeds, settings menus, etc etc etc. That involves a ton of data / state management, which means, well, a whole lot of JavaScript to construct the web page. For this use case, it makes perfect sense to build and use a UI rendering library that's state driven, rather than markup driven.

This is why Gatsby (a popular static site generator) came years after, say Redux state management. Devs were mostly fascinated with building dynamic, JS-driven experiences that state, props, and data objects could solve. It wasn't until later that devs started wondering how they could bend these JS-heavy libaries to their will for static site creation.

If you ask me, it's pretty ironic that it takes a 500 MB directory called node_modules to generate a website with... as little JavaScript as possible.

Still, I can't say I'm surprised either. When you're taking a library like React, which needs JavaScript to render anything to the page, you'll obviously need even more JavaScript to process all that rendering logic to begin with. Fire really does fight fire.

So... why use React on a static site?

At first, it kinda feels like using a chainsaw to slice a loaf of bread. Why use a rendering library like React when you have zero-to-little rerendering to worry about?

If you don't get this reference, go culture yourself

For those unfamiliar, hydration basically lets us write a dynamic, state-driven webpage, but also render as much of the page ahead-of-time as possible using static HTML. The Gatsby blog does a great job explaining this process, but here's a quick step-by-step:

Seems slick! This comes in handy when you have some JS you want to use (say, a crazy animation library for added spice) that only apply to small areas of your otherwise-static site. But as you might have guessed, we'll need to ship the entire component library to the client in order to compare against the HTML. So it's still a fat bundle... but at least the user sees something on the first page load 🤷‍♀️

And what if you don't need state management?

Now, React doesn't make as much sense. If we just need to handle some button clicks, we should probably just write a couple lines of vanilla JS instead of, you know, shipping the entire React library 😬

For some perspective, here's some common dev requests when building a static site:

These are all great reasons to use static site generators. But looking at this list, only the first requirement actually involves a component library. And even then, we may not need to worry about rerenders or componentized state management; it's mostly done at build time! If only there was a way to make our markup reuseable and template-able, without shipping a bunch of unused JS...

That's right, good ole' Pug (formerly Jade). You know, that cute little templating library you used on your last CodePen, or maybe the weird looking HTML you found on an Express server template. It's a mighty little library from a pre-React era, before component-driven state management was even a thing.

It also uses a simplified syntax for HTML that makes it a bit easier to type / look at, which I'm personally a fan of 😁

So why am I bringing up this jaded (pun intended) templating library? Well, let's run through some of Pug's defining features to see what it can do. I'm hungry so we'll use a donut shop for examples 🍩:

1. You can take in some JavaScript data and turn it into HTML elements

This opens the door for all kinds of craziness, like looping, conditional "if" blocks, defining text content... you name it:

And at the JavaScript level:

For example, you can create a navigation bar in one file...

... and import into another file:

We can go even deeper by passing parameters / "props" between these files. Check out this mixin syntax:

Here, we can consider each mixin an export statement from nav-mixins.pug. Then, when we include this file somewhere else, those mixins become usable via the + decorator (aka our "import" statement).

✅ We can turn JSON objects into static HTML with a one-line script (pug.render(filename, someJSON))

✅ We can break up our layout into multiple files using imports

✅ We can define component-like "mixins" for reusability and data passing

...in other words, we get to make our UIs with components, but without sending a bunch of libraries to the client!

But wait, this idea is nothing new!

I know! Backend servers have been doing this for decades.

Let's consider the server-driven model you would use for, say, an ExpressJS app. Everytime you hit an API endpoint, the server may go look up some info from a database, roll that data into an HTML template (probably using Pug), and send it back to the user. Same goes for PHP, C#, GoLang, or whatever exotic server you've seen before.

But guess what? A static site generator does the exact same thing! The only difference is that now, instead of doing all the data fetching + templating in an API endpoint, we're doing it in a build script that we call when the website actually gets deployed. For those familiar, this is that fancy script you tell Netlify to run when you first deploy your site.

Servers used this templating model long before we were making crazy, ultra-dynamic web apps. So my question is this: when your website just has some static landing pages, a few lines of JS, and maybe a blog to generate... why throw away this idea of templating for component libraries?

Call to action 👉 check out 11ty

I just found out about 11ty (pronounced "eleven-tee"), a static site generator built with this exact philosophy in mind. You can choose the HTML templating language of your choice (Markdown, Haml, Pug, Nunjucks, and a bunch more), and let the framework handle all the complicated routing and page generation for you. If you're trying to build a portfolio site with a blog, a promotional splash page for a company, or anything super static-y, this is honestly the best solution I can think of.

You can also fork the Pug-based framework my personal site uses if you're curious. It's missing some pretty major capabilities at the moment (nested routes and CMS integration to name a few), so proceed with caution in case you're so brave 😈

That said, I'm definitely not suggesting you give up your beautiful Gatsby site! There are some serious benefits to their hydration model in case you want any state management stuff. Plus, if your super comfortable in React-land and don't have time to pick up new tools, it's a pretty convenient choice with a huge community of support. Same goes for Gridsome, a Vue-based static site generator that works in a similar way.

Anyhow, whatever you end up using, I hope this article got you thinking a bit more about what static site generators really do. With that, I'll leave you with this cute pug photo to stick in your mind 🐶 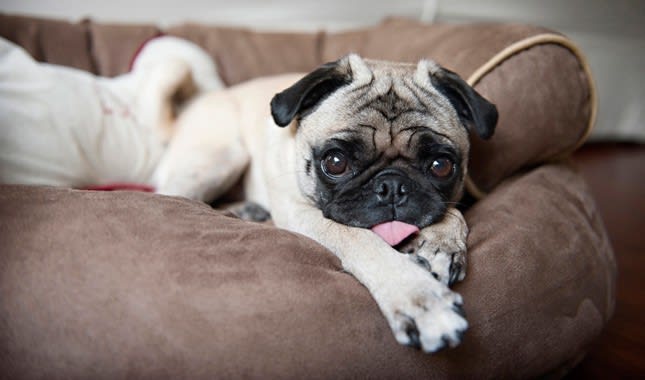 Learn a little something?

Awesome. In case you missed it, I launched an my "web wizardry" newsletter to explore more knowledge nuggets like this!

This thing tackles the "first principles" of web development. In other words, what are all the janky browser APIs, bent CSS rules, and semi-accessible HTML that make all our web projects tick? If you're looking to go beyond the framework, this one's for you dear web sorcerer 🔮

Subscribe away right here. I promise to always teach and never spam ❤️

Playwright Tips From the Checkly Community

Once suspended, bholmesdev will not be able to comment or publish posts until their suspension is removed.

Once unsuspended, bholmesdev will be able to comment and publish posts again.

Once unpublished, all posts by bholmesdev will become hidden and only accessible to themselves.

If bholmesdev is not suspended, they can still re-publish their posts from their dashboard.

Once unpublished, this post will become invisible to the public and only accessible to Ben Holmes.

Thanks for keeping DEV Community 👩‍💻👨‍💻 safe. Here is what you can do to flag bholmesdev:

Unflagging bholmesdev will restore default visibility to their posts.