Usually, when I use images for any web applications, I use google images where I am able to copy the image address. But, I recently ran into a problem trying to upload an image from my laptop. So after spending hours trying to import my local image to in the react component, I cam across many ways to make it work. But some of them didn't work on the deployed version.
But with this particular method that I'm about to write about, my images were still visible after deploying my website. 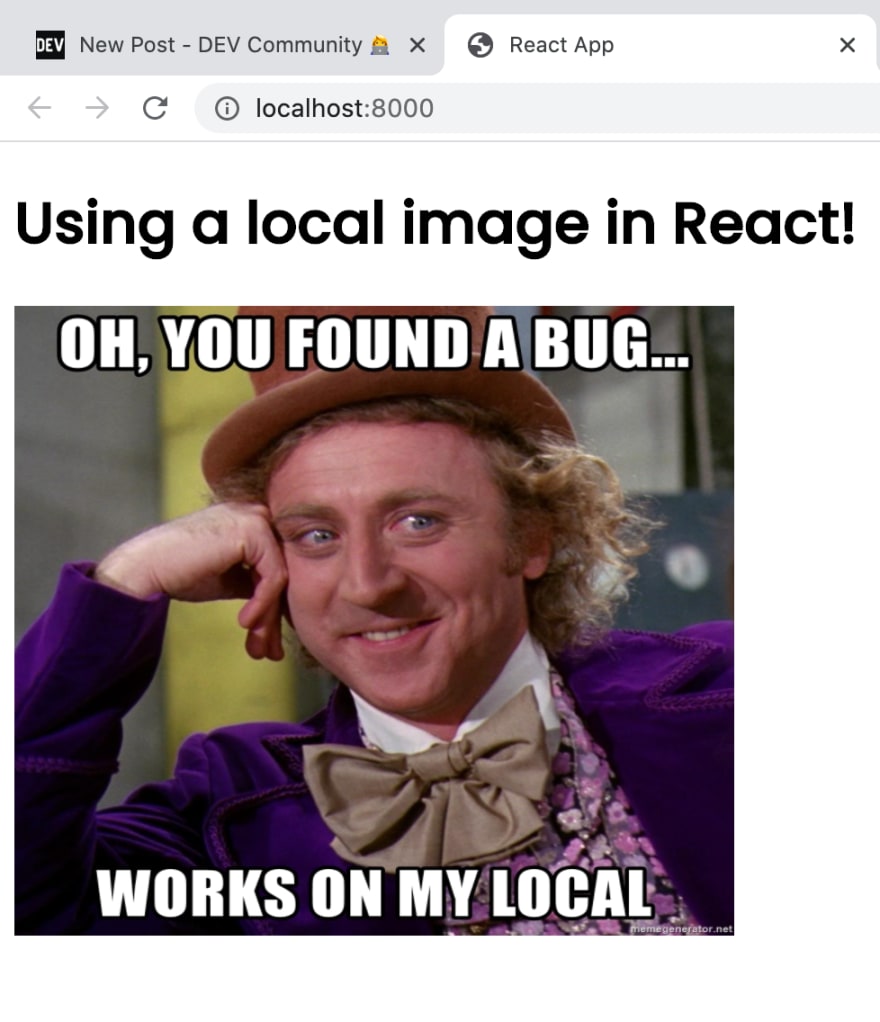 So let's get started!

First you need to install file-loader: npm install --save-dev file-loader and then, in your webpack.config.js inside rules add this:

Then, make sure you have your desired image saved in an image folder.

Now, in your component, you can import your image:

And that is it! You have successfully imported a local image in your react component which will work in the deployed version too!

Once suspended, bhuma08 will not be able to comment or publish posts until their suspension is removed.

Once unsuspended, bhuma08 will be able to comment and publish posts again.

Once unpublished, all posts by bhuma08 will become hidden and only accessible to themselves.

If bhuma08 is not suspended, they can still re-publish their posts from their dashboard.

Once unpublished, this post will become invisible to the public and only accessible to bhuma08.

Thanks for keeping DEV Community 👩‍💻👨‍💻 safe. Here is what you can do to flag bhuma08:

Unflagging bhuma08 will restore default visibility to their posts.