At Bit Project, we're passionate about making STEM education accessible to all students, especially those underserved. How do we do that? By creating opportunities for undergraduate and graduate students to be teachers and mentors. That's why we built Bit Heroes, a tech bootcamp in partnership with Microsoft Azure for high school students to get to get real, hands-on coding experience and mentorship. Through Bit Heroes, we wanted to give high school students interested in STEM a taste of what it’s like working on real coding projects in the industry, prepping them to think about their future careers.

Bit Heroes was held this past summer for the first time ever: our first BitCamp! We reached out to multiple high schools across the country, and over 100 students applied to the program after learning about it from teachers, administration, and parents. Applicants were students interested in pursuing computer science once they get to college, or are curious about learning STEM during their free time in the summer. After passing a round of preliminary interviews, students who were selected joined Bit Project as developer advocates, committing to our five-to-eight week program.

At the beginning of summer, an overview of the program was given to the students, and they created an open-source project using Azure Functions. This serverless computer service allowed our developer advocates to build small bits of code for their projects — called “functions” — without worrying about managing backend application infrastructure. Once our developer advocates finished this project, they gave a presentation on their projects in a webinar and published a tutorial with guidance from Microsoft Developer Advocates.

Because of our partnership with Microsoft, the Bit Heroes Participants had multiple opportunities to work with industry professionals like Senior Cloud Advocate Chloe Condon, and Development Specialist Umayr Sufi. Condon and Sufi were amazing resources for our Bit Heroes program. They assisted students with brainstorming sessions in the early stages of the program when students were formulating their plans for their project. After the developer advocates had a plan, Condon and Sufi provided constructive feedback and general guidance on how the students could improve their technical communication skills for their presentations, webinars, etc.

Additionally, Bit Heroes was 100% remote this summer, so developer advocates got to practice using industry tools like Zoom and Slack. Bit Project mentors held weekly meetings and work session meetings on Zoom for all the developer advocates to come together and discuss their projects. In these meetings, students were able to learn more about Java, React, and serverless functions in general. Students also met routinely with supervisors one-on-one for more personalized support. If students were facing an obstacle while working with their project, they could reach out to their supervisors on Slack at any time for extra help. Supervisors could also use Slack to remind students of project deadlines and check in with them when needed. "Overall I would say Bit Heroes was very, very organized, but at the same time, it's friendly. It's not hierarchical," said Jesse Lee, a developer advocate of our summer 2020 cohort.

Many of our developer advocates now look back and are proud to see how far they have come; at the beginning of the program, most of these students did not have much technical experience, but they've proven this summer that they are fast, eager learners. By the end of summer, the participants in our Bit Heroes program had completed a variety of amazing projects: 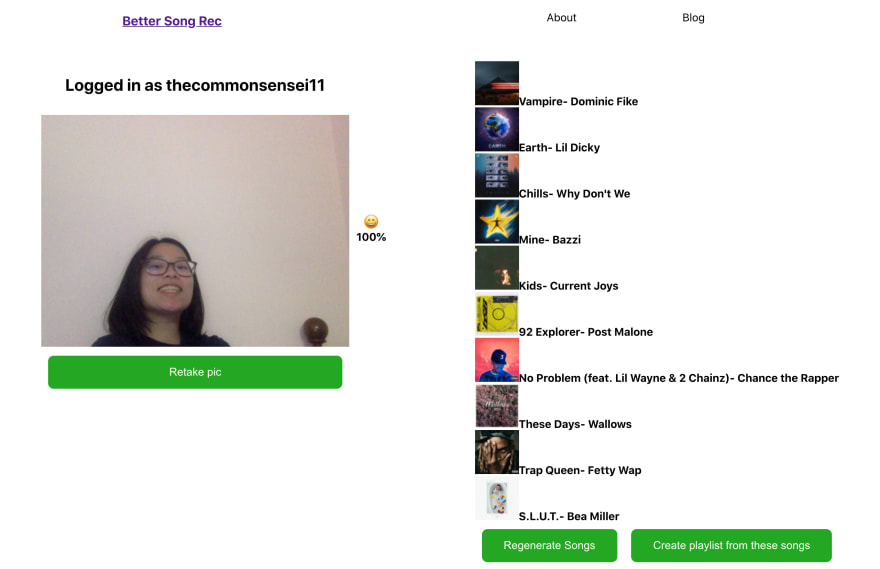 By the end of the summer, our developer advocates said that the tech bootcamp improved their knowledge of software. With mentorship from Bit Project members and Microsoft professionals, students strengthened their coding abilities by learning more about Javascript, React, and C++. The program also gave them the opportunity to learn more about serverless code, APIs, and documentation — all from the comfort of their homes! Meghna Pillai, one of the Bit Heroes students, said, "Bit Heroes pushed me to learn as much new info as I could in a short span of time. It was an experience I wouldn't get anywhere else." The technical knowledge that they learned this summer will make our developer advocates better prepared for their college educations and careers.

Additionally, our developer advocates said they felt they had become better communicators through this program. Giving a presentation and writing a tutorial exercised their verbal and written communication skills, which is just as important as learning how to code. Being able to confidently speak to an audience or write clear, concise instructions is crucial for future engineers who need to communicate with a wide array of individuals (not just those who are more technically inclined). Developer advocates also got to practice interpersonal communication with each other and mentors, all of which will benefit them once they work in more professional environments later on.

Overall, we are thrilled to have had such a successful program this year. We loved watching our developer advocates thrive throughout the summer. Bit Project looks forward to hosting more BitCamps in the future, and we hope to inspire even more students to become software engineers and develop technical skills through open source education.

The need for global endpoints

Once suspended, bitproject will not be able to comment or publish posts until their suspension is removed.

Once unsuspended, bitproject will be able to comment and publish posts again.

Once unpublished, all posts by bitproject will become hidden and only accessible to themselves.

If bitproject is not suspended, they can still re-publish their posts from their dashboard.

Once unpublished, this post will become invisible to the public and only accessible to Allena A..

Thanks for keeping DEV Community 👩‍💻👨‍💻 safe. Here is what you can do to flag bitproject:

Unflagging bitproject will restore default visibility to their posts.