Through the years, in my career as a developer, I started a bunch of personal projects. The main reason was always to learn, gain experience, refine, and level-up with technical and soft skills. In the end, I just wanted a way for fun.

Ideas are just ideas, they are not worth nothing — Blarz

Some of those projects came from the needs I saw throughout my experience, and others based on existing ideas.

I think that any of these projects could have had success or gain traction with the right marketing strategy and quality development. However, ideas mean nothing.

If we are able to turn an idea into a project, however, then the real struggle is to finish it. The problem is we only have ideas, no actions to turn them into projects or finished businesses. I remember I had a great idea from my point of view.

I wanted to develop an app to help visitors or new people that were visiting the capital for a few days. Or, people that moved there and didn’t have a car, and they were using public transportation.

I asked myself: “Why couldn’t I develop a bus route locator app?” Since, at that time, I was also just moving out to the capital and I did not have a car and I didn’t know the city either.

It was tough. I struggled to get the right bus home or to the office at that time. The idea was simple. Open the app and, based on my location, it would have the ability to see which bus route matched with my route. That was the main feature I was thinking of.

However, one day I saw on the news that someone else had built the same idea and they had it turned into an app, for another city in another country. That situation reminded me of a teacher’s popular phrase.

For him, this means that if you are able to get in first in your desired field, you will win and are one step ahead of the crowd. So, ideas are just ideas, nothing more.

Apart from those ideas, I decided to start some challenging and exciting web app projects which, in the end, became half-finished projects. I will talk about it in the next passages.

There is a long list of half-finished projects, challenges, and plans that I never finished. I don’t really want to talk about all of them in this post, so I will choose one where I feel I lost some important stuff because I didn’t finish it.

A marketplace and auctioning platform. 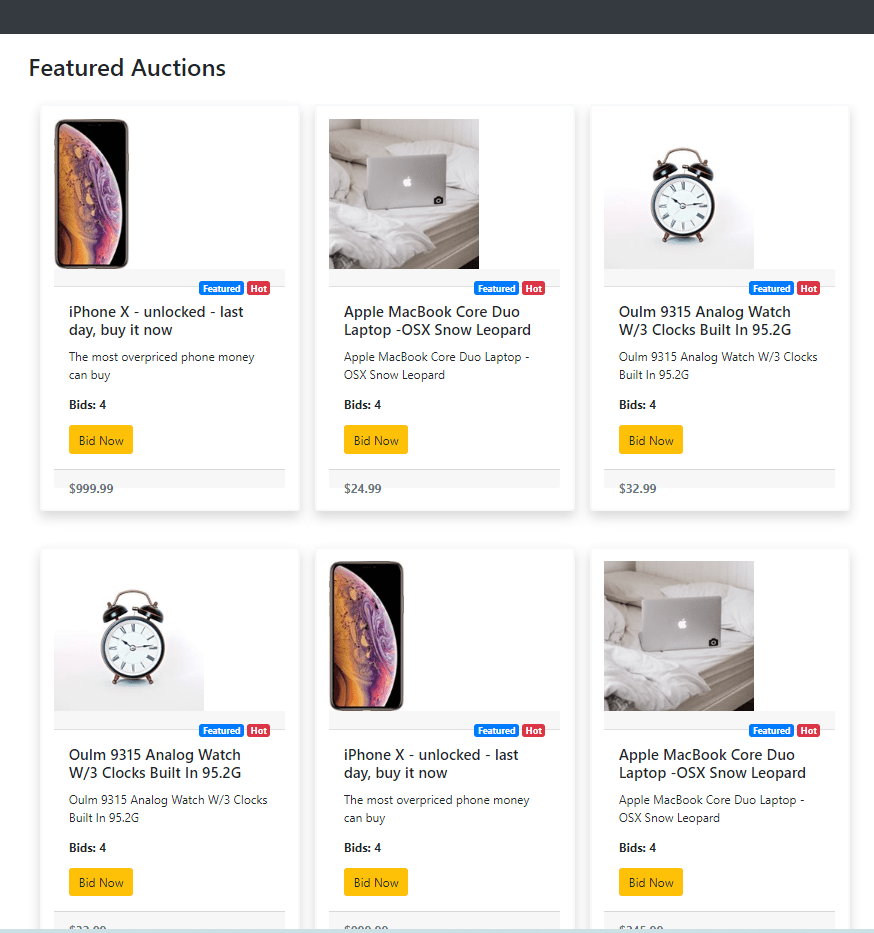 This project started in Chingu’s community. Chingu is a really motivated and supportive developer community. Here, you can build real projects, gain experience, and also build your own portfolio.

I learned several skills, from technical to soft skills. I practiced and switched to different roles like full-stack developer, front end, project manager. I also learned to design the app’s architecture, decision making, and improved my communication skills, since you work with people around the world.
This was developed under the next stack and deployed on Heroku.

In the next link, you can see it live on Heroku. Sorry, it is still under construction. Also, there are new commits, enhancements, and features that weren’t released on Heroku. I have still them on my local environment.
Easy Auction App

We used MongoDB as a NoSQL DB, Express.js, React.js, and Node.js. I started this journey very excited. So much so, that I decided to devote eight to 10 hours weekly.
This might seem like not much time but it isn’t, because I was working full-time at that time, 44 hours a week and I had family and social responsibilities as well.
All of the team wanted to learn more, build more, add more to each of their backgrounds. We had the energy, courage, and momentum at that time. We were three team members from different countries. I think all of us wanted to achieve it, in the beginning.

We had around three months to accomplish it. I think is a realistic estimation of time effort to finish it as an MVP. That was the goal initially.

Two weeks later, a team member never came back we didn’t hear from him after that. Then, one or two months later, another team member dropped out of this amazing project.

I was alone. I really liked it but I failed to finish it and put it out there. As with the other projects, I just stacked it onto the pile of half-finished projects. Unfortunately!

What I Lost by Not Finishing It

Starting a new plan, challenge, or project might seem tough. However, the real battle is when you have to finish it.
In this particular project, I would say I learned a lot, brushed up on my MERN knowledge and made new friends. That was really great. But I wasn’t able to finish it.

What Is the Project You Are Most Proud Of?

This is a common interview question. I lost the opportunity to answer this question in a future front end or full-stack interview, which would’ve been a piece of cake if I had finished it.
Of course, it would’ve been easy to answer it categorically and elegantly, since I would have been proud of it.

I Lost the Chance for the World to See My Work

Basically, I lost the chance to add this project as a decent and professional project on my portfolio.
As you know, software development is fast-paced and has become more and more competitive. First impressions count, say marketers. So, if you have a professional portfolio, you will be able to showcase your projects to the hiring staff and give them a better impression of you.

I Lost My Self-Discipline

To achieve anything, one of the best players is self-discipline.
When I dropped out of the project, I absolutely lost the habit of self-discipline. This not only impacted this particular project but also could be affecting my discipline and willingness on current or future projects or challenges.

I Lost the Chance to Master That Tech Stack

An auction system includes a lot of great features like post an auction, load images, filter by location, watch, and bid live, etc.
This implies the use of techs like Socket.IO, Pusher, Websocket, SignalR, Geolocalization, and all of them are powerful and cool technologies that I didn’t learn enough.
Also, I lost the opportunity to gain more experience by digging more into React.js and Node.js which I really love.

Just finish what you start. You will get things you never expected.

Thanks for reading! If this story turned out to be interesting, I’d really appreciate it if you like and share it with your friends. I hope to add a little bit more knowledge to you.

Supporting and follow me on my blog and Medium

Roberto Hernandez
React & JavaScript Enthusiast, coding and decoding life => One is More than Zero, Just a Human being and Developer | Blogger@ www.mullinstack.com
I Wan To Buy a Coffee Machine. Do you have one ? Which do you recommend me?
#advice #coffee #life #watercooler
🔥 A Few Gotchas To Consider When Working With Firestore’s Offline Mode and React Native 🪤
#programming #beginners #javascript #webdev
An Effective Strategy To Learn Vue.js In Less Than Seven Days
#programming #beginners #javascript #webdev

Once suspended, blarzhernandez will not be able to comment or publish posts until their suspension is removed.

Once unsuspended, blarzhernandez will be able to comment and publish posts again.

Once unpublished, all posts by blarzhernandez will become hidden and only accessible to themselves.

If blarzhernandez is not suspended, they can still re-publish their posts from their dashboard.

Once unpublished, this post will become invisible to the public and only accessible to Roberto Hernandez.

Thanks for keeping DEV Community 👩‍💻👨‍💻 safe. Here is what you can do to flag blarzhernandez:

Unflagging blarzhernandez will restore default visibility to their posts.