Photo by Liudmyla Denysiuk on Unsplash

This is part of my "Blogging my Homework" blog post series, the introductory post can be found here.

Caveat emptor: any errors or misunderstanding around concepts will almost certainly be my own rather than my employee (Made Tech). This is after all my own study and mistakes do occur during learning.

This core skill is based around as the name suggests Web Application Development. It's focussed around the React framework because of this our chosen framework for front-end work at Made Tech.

The first level of the Web Application Development with React core skill primarily deals with setting up a new project that is ready for production use.

You have Node and Docker installed.

As part of the core skill, you are expected to work on an application. My choice was to create a guiding breathing app. Why this choice of app? Well sometimes, you need to take a breather when it all gets a bit much.

More details of the will follow, but for now, it should be thought of in terms of the following:

npx is a handy way to install and run create-react-app.

The practical part of the assessment has six areas where you will be assessed. I've created a header for each area.

Here we are being assessed on be able to provide a reproducible build. Docker is our prefer way of doing this, there are other alternatives.

The general idea behind this Dockerfile is to use define an image with Node, copy the package.json, install its dependencies and start the application.

Tip: During the early stages of prototyping I like to add —verbose to my npm install

Info: I’ve provided more information about the Dockerfile syntax in the references section below.

Tip: If your application has many Dockerfiles or related scripts, you may find it prudent to keep application and Docker artefacts separate.

Finally, we build and test our dockerized application.

Once the app has finished running, you can open the site using http://localhost:3000 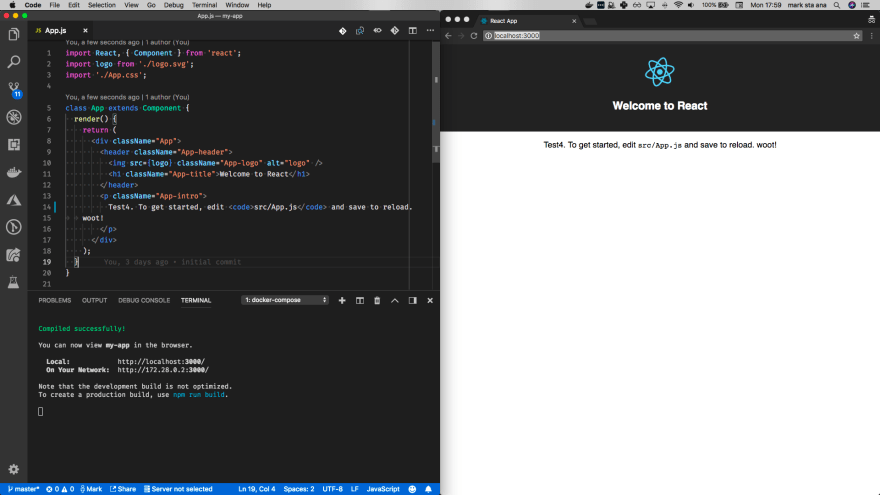 Tip: if you’ve done any kind of web development, you’ll have noticed that port 3000 is prevalent. Make sure you flush cookies associated with this address to avoid unexpected behaviour.

You’re probably wondering why we’re using volume mounting (-v) this is to enable hot re-loading (which is a requirement).

The docker run feels a bit clunky, so let’s use a docker-compose.yml file to simplify docker invocation.

Has a make recipe for serve, which runs the application in development mode

Whilst command history is great, you want the process of building and starting of your app to be a zero effort. To do this at Made Tech we utilise Makefiles.

In case you’re wondering why we opted for these target names, (docker_build and serve) it’s because we decided to define a standard for our Makefiles. This is to ensure that any engineer should be able to know without any documentation about how to build, serve and test an application. You can see our standard for Makefiles in our Requests of Comment repo: Makefile Standards.

If you’re wondering why we didn’t just stick our targets in package.json, it’s because not all our projects are node based. Whereas a Makefile can always exist in any solution.

Again we can test both these targets by the following invocations:

Has a make recipe for test, which runs the tests for the application

Time to add test to Makefile. Our Makefile now looks like this:

Tip: If you want a single shot test run i.e you do not want to use the watch process, then add an environment variable called CI with the value true to web section of docker-compose.yml

To test our target test we type make test

Has a sandbox environment which allows them to quickly prototype components

For this requirement, we install Storybook.

We also add the following scripts to package.json

Has the ability to hot-reload based on changes

You get this out of the box with React, this is done via react-scripts. If you’ve got the started via make serve, you can see this being demonstrated by changing the text in src/App.js

Has a failing test that appears when running make test

We can write a failing test by throwing an exception, which causes the test to fail immediately! 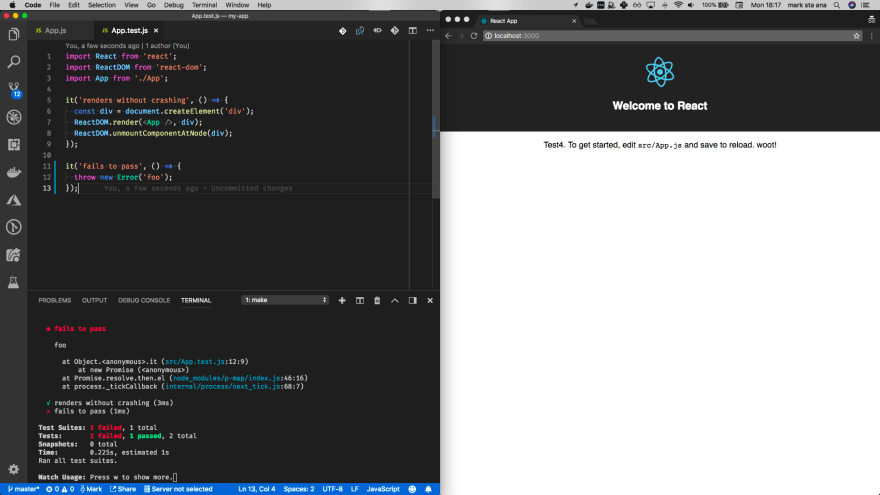 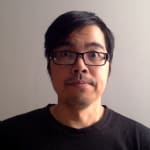 Being a Hedgehog - Part Two

Crafty as a Fox

​​Add video chat to a Next.js app in 30 minutes with Daily Prebuilt

How I maintain large-scale dataset in react