In any application, different sets of services/third-party api's communicate either asynchronously (out of score from current context) or synchronously or sometimes both(rare cases).

In Synchronous paradigm, a service (i.e. a caller) calls to another service (i.e. a supplier) and waits until a response is available.
And here lies an issue because it's very likely that the supplier is either in an unusable or unresponsive state due to high latency or it's offline. Due to which resources like threads will get exhausted. The caller will not be able to handle further incoming requests and starts failing too.

This will leads to a cascading effect on other parts of the systems and finally, it ended up with an application break down. 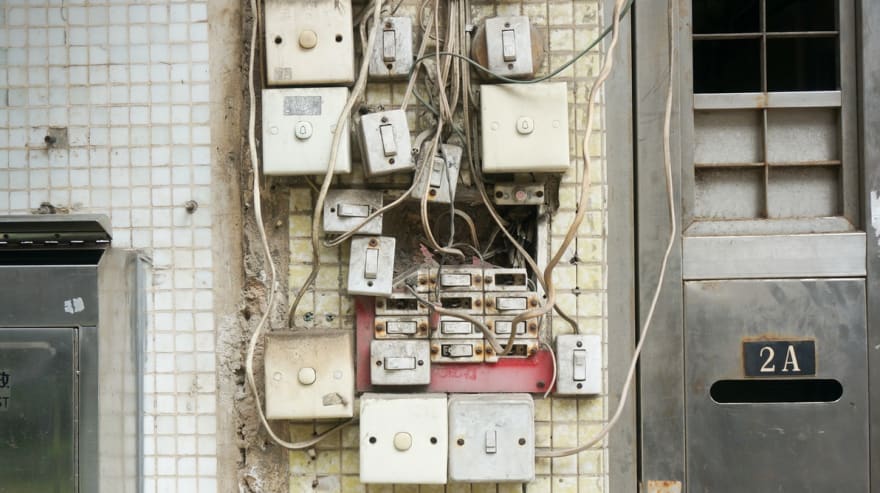 What's the solution for building a resilient system?

The solution to this problem is the Circuit Breaker Pattern.

Note: This article is taken from it's original source BoxPiper blog.

Circuit breaker design was originated to protect electrical circuits from damage. It's a switch which is designed to stop the flow of current in an electric circuit as a safety measures to prevent overload or short circuit in case of fault detection.

A caller client invokes a remote service via proxy or protected function that functions similarly to an electrical circuit breaker. When the number of consecutive failures crosses a threshold, the circuit breaker trips, and for the duration of a timeout period all attempts to invoke the remote service will fail immediately. 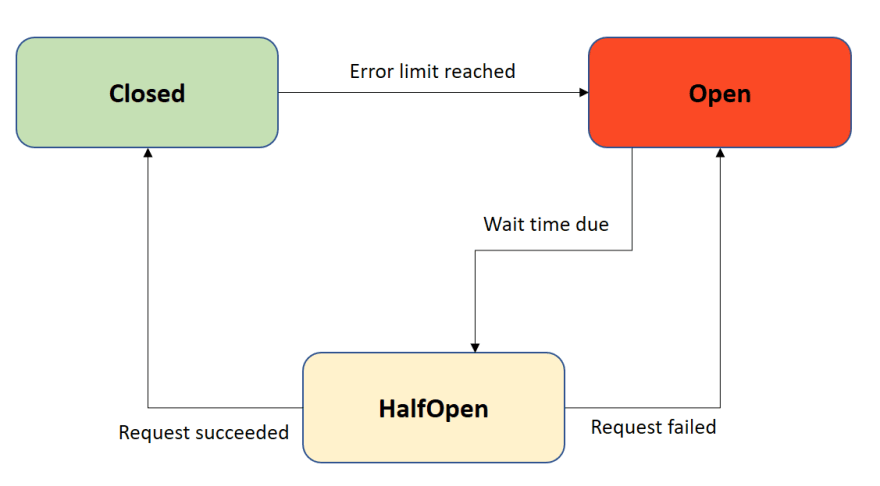 Generally, these states are represented in colours as well. Closed as Green, Open as Red and Half Open as Yellow.

In an open state, a simple circuit breaker will need an external intervention to reset it to a closed state when a supplier service is up and running.

A self-resetting behaviour is required in Software Circuit Breaker, which retries after a suitable interval so that the state can move from open to closed. Hence we required threshold value.

Resource-utilisation, uptime, latency, traffic, error rates in a given time-frame, server timeout, increase in errors or failures, failing status codes, and unexpected response types are some of the criteria determines thresholds for the states using monitoring solutions and data analysis of an application.

An opossum is a Node.js circuit breaker that executes asynchronous functions and monitors their execution status. When things start failing, opossum plays dead and fails fast.

Opossum offers a bunch of events to process different states of the breaker. As seen in above examples, we have the fallback, success, etc. and event with states like open, halfOpen, close offers an extensive set of features through which we can react to failures and handle gracefully with logging, retries, notification and etc.

With the above workflow, circuit breakers optimise resource usages which are tied up in an operations which are likely to fail. Timeouts for the client and an extensive load due to circuit breakage on a struggling server is avoided.

With every service/third-party API's implementation in a system, it adds up an uncertainty around it. Circuit Breaker pattern helps in building resilient systems, handling error gracefully and prevents applications from failing through cascading.

Circuit breakers are in the context of a microservice-heavy architecture as well as to applications that also rely heavily on third-party APIs because a single failure can cascade to other services.

They have grown in popularity with libraries like Hystrix from Netflix, which is a latency and fault tolerance library designed to enable resilience in complex distributed systems where failure is inevitable.

Circuit breakers are gold for monitoring. With proper logging, deeper monitoring can be done which can extensively reveal details like warnings about errors and issues of an application.

Read more about the pattern and strategies:

Support my work and buy me a Coffee. It'll mean the world to me. 😇

Once suspended, boxpiperapp will not be able to comment or publish posts until their suspension is removed.

Once unsuspended, boxpiperapp will be able to comment and publish posts again.

Once unpublished, all posts by boxpiperapp will become hidden and only accessible to themselves.

If boxpiperapp is not suspended, they can still re-publish their posts from their dashboard.

Once unpublished, this post will become invisible to the public and only accessible to BOX PIPER.

Thanks for keeping DEV Community safe. Here is what you can do to flag boxpiperapp:

Unflagging boxpiperapp will restore default visibility to their posts.