The programming world moves fast. There are a ton of different programming languages spawning every year. Enterprises use these languages as per how they cater to their needs. A couple of years ago, the de-facto language of any enterprise used to Java. But in the current day, the scenario has changed completely. (We still have java as a candidate here 😉)

In this article, we have compiled the top trending languages that enterprises are using. For each language, we have divided the section into the main feature of the language, job market, usability, career paths, and average global salary of that particular language.

**NOTE: The data in this article is compiled from various sources such as Hired, and StackOverflow Survey. 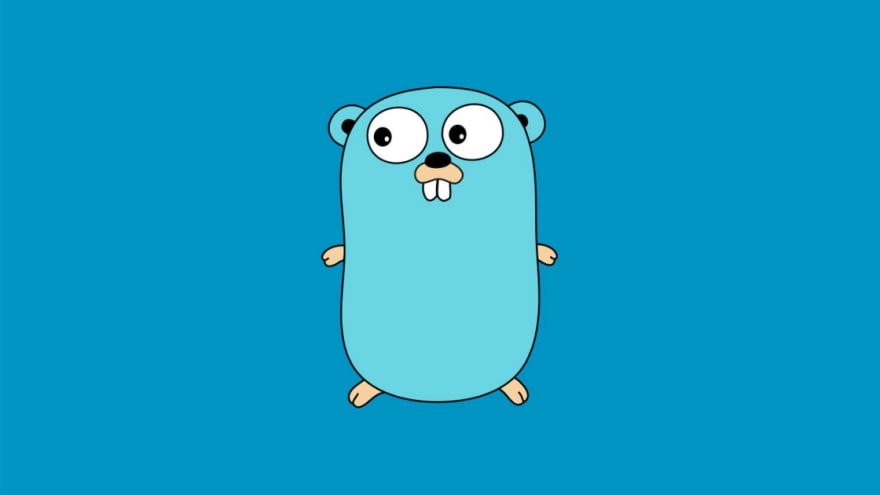 Go Language has been one of the top trending languages of 2019. It was introduced in November 2009, which now completes a decade of Go. It was developed by Google and is currently actively used by large corporations such as SoundCloud, Netflix, and Dropbox.

The reason behind such a drastic growth of Go language is the advantage for multithreaded tasks such as efficient processing of parallel processes, using memory only when it is necessary, and fast start-up time.

There are a lot of career opportunities for Go. The demand for Go developers is quite high. Since it is one of the most in-demand programming languages, it is always a good choice to start learning Go.

The average global salary for a Go developer is around $109k. 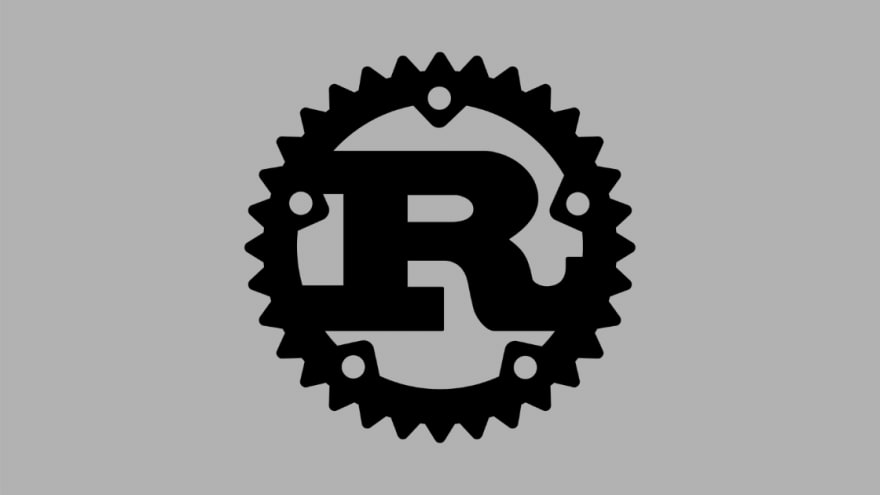 Rust language is developed by Mozilla Research back in 2010. It is the most loved language in StackOverflow annual survey since 2016, every year. Rust is being used in a wide variety of tasks. There are web browsers, operating systems, as well as GPUs being programmed using rust language. It has picked up its pace in systems programming. Some developers believe it can replace C/C++ for low-level programming. Rust is being used in some of the largest corporations which include Google, Microsoft, Cloudflare, and Dropbox.

Rust is a multi-paradigm system programming language that mainly focused on safety. It specializes in safe concurrency, and memory safety while maintaining high performance. It is intended for highly concurrent, highly safe systems and programming in the large.

Job opportunities are plentily available for rust developers. Since the language is relatively new and is being adopted by such a wide community, this is the least of the problems.

The average global salary for a rust developer is around $90k. 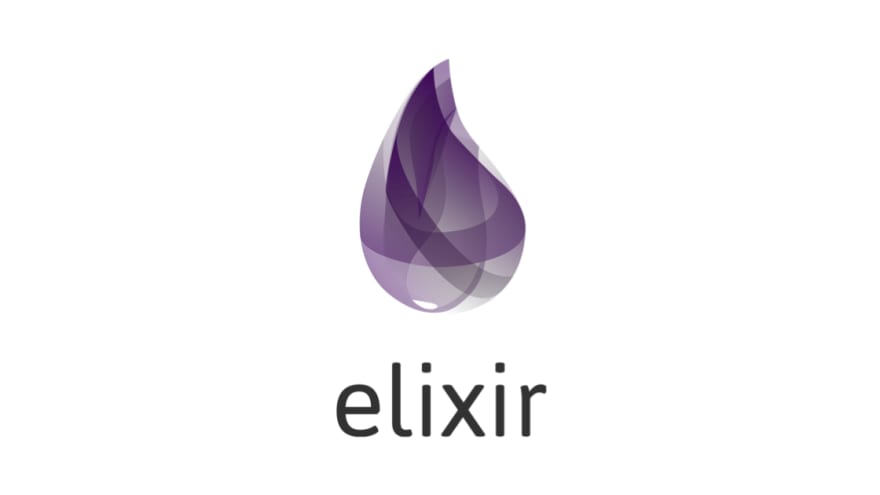 Elixir language is developed by José Valim in 2011. It was developed with the primary goals of enabling higher extensibility and productivity in the Erlang VM while keeping the compatibility with the Erlang's ecosystem. Elixir is built on top of Erlang and BEAM VM. It is primarily used for web development, but there are a lot of other cases in which it is being used. Elixir is being adopted in large companies such as Apple, Discord, and Pinterest.

Elixir is a functional, concurrent, general programming language. Since it is built on top of Erlang, it shares similar abstractions for building distributed, fault-tolerant applications. Elixir also has support for metaprogramming with macros and polymorphism via protocols.

The market is still evolving and providing an average number of job opportunities for Elixir developers at the moment. But considering its adoption at large companies such as Apple, Elixir will definitely be one of the most in-demand programming languages in the near future.

The average global salary for Elixir developer is $102k. 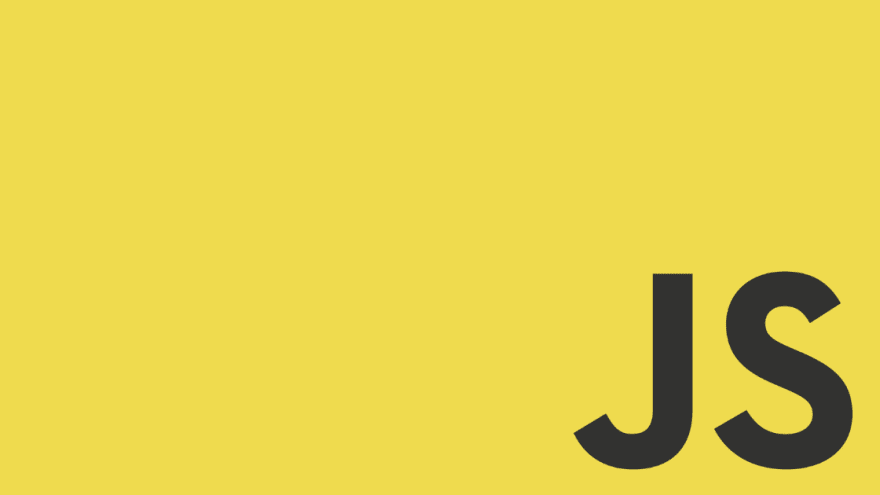 JavaScript is a widely known programming language. It is used to write web apps on both the front and back end. This language is used by almost every company in the world as it is an essential component for building interactive web pages. Some of the various career paths that you can take using JavaScript are Front end developer, back-end developer, and Full Stack Developer.

JavaScript is a multi-paradigm language. It supports event-driven, functional and imperative programming styles. Initially, it was only used as a client-side language, but recently, it is being used in almost every other task except system-level programming. The language has support for dynamic typing, prototype-based object-orientation, and first-class functions. It has been rebranded to ECMAScript but continues to be called JavaScript as usual.

The job market for JavaScript is always active. There are a ton of different jobs on multiple different job boards.

The average global salary for JavaScript developer is $100k. 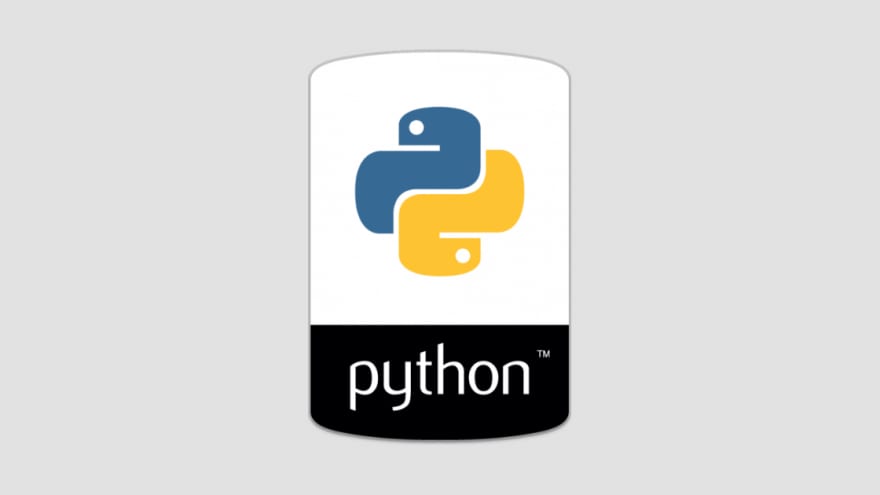 Python language was released 29 years ago in 1991. Since then, the language has taken the industry by a storm. It is used for a variety of tasks including, but not limited to Machine Learning, web development, artificial intelligence, and data science. It is used by a variety of large enterprises such as Google, Microsoft, and Facebook.

Python is dynamically typed and garbage collected language. It supports procedural, object-oriented, and functional programming paradigms. It is also known as "batteries included" language due to its comprehensive standard library.

The average global salary for Python developer is $96k. 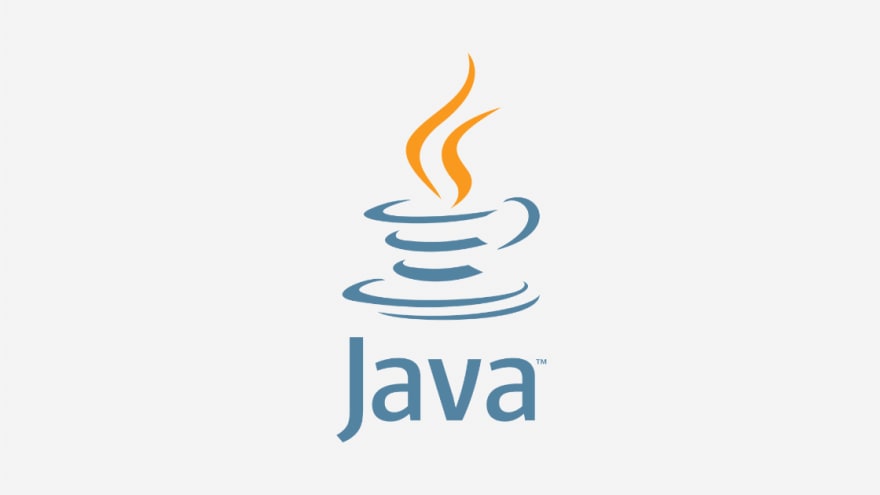 The Java programming language is one of the most highly-demanded among employers and popular among developers according to the GitHub team. Java is used to develop products in the banking sector and in automated testing. It is especially appreciated for its cross-platform thanks to JVM. It is used by almost all major banking institutions.

I don't really need to give the major Java features, but still for the sake of writing, here they are. It is class-based, object-oriented and s designed to have as few implementation dependencies as possible. With JVM, it aims to achieve write once, run anywhere concept. Java is compiled to bytecode which can run on any JVM regardless of computer architecture.

The job market for java remains stable. Although, the market is quite saturated. I wouldn't personally recommend going after this language just to land a job post.

The average global salary for Java developer is $100k. 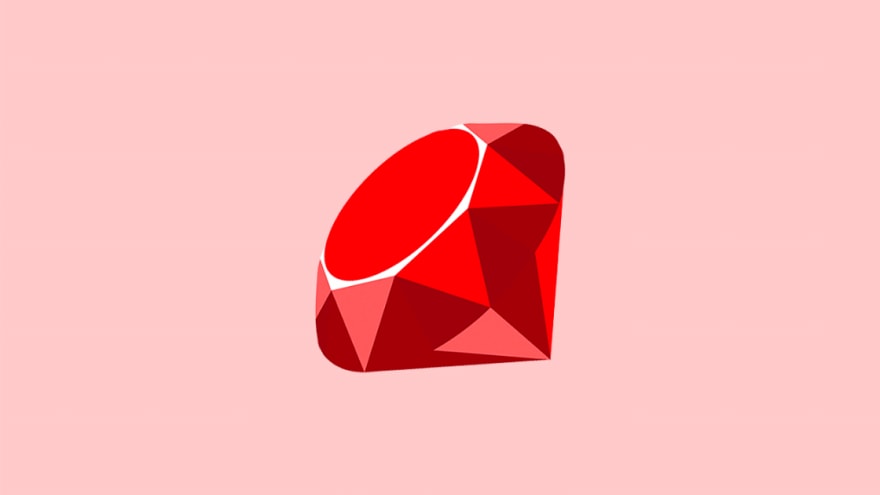 Ruby gained the utmost popularity as a tool for developing Web apps, and it was used for developing the server part of many popular worldwide services. The language was built by keeping in mind short development time, clarity and simplicity. It is used by multiple large corporations such as Github, and Basecamp.

Ruby is dynamically typed and uses garbage collection. It supports multiple programming paradigms such as procedural, object-oriented, and functional programming.

The job market for ruby is quite active. Recruiters love the veterans of Ruby language with experience of 10+ years according to Hired.

The average global salary of Ruby developer is $94k. 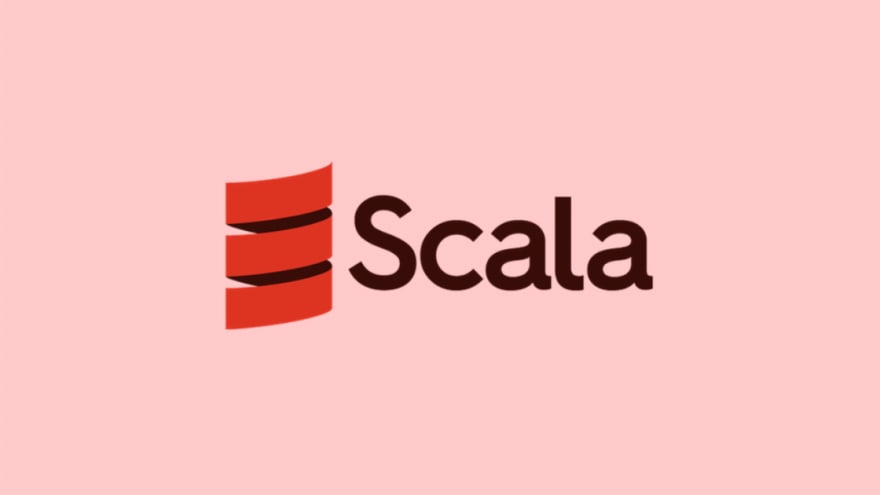 Scala is a language developed 15 years ago based on the top of Java. It provides language interoperability with Java. Scala is used for web and desktop app development, distributed applications, data analysis, and data streaming. It is used by tech behemoths such as LinkedIn, Twitter, and Netflix.

The job market for Scala is quite stable. I'd recommend you learn Scala over Java in the current day.

The average global salary for Scala developer is $104k. 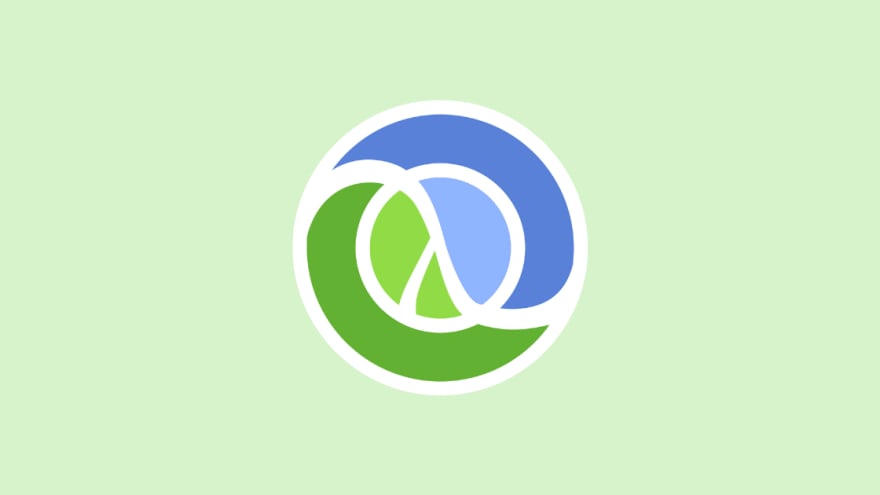 Clojure has an active demand in the market. Since a lot of enterprises have started a slow switch to Clojure, expect this trend to grow over the years.

The average global salary of Clojure developer is $96k. 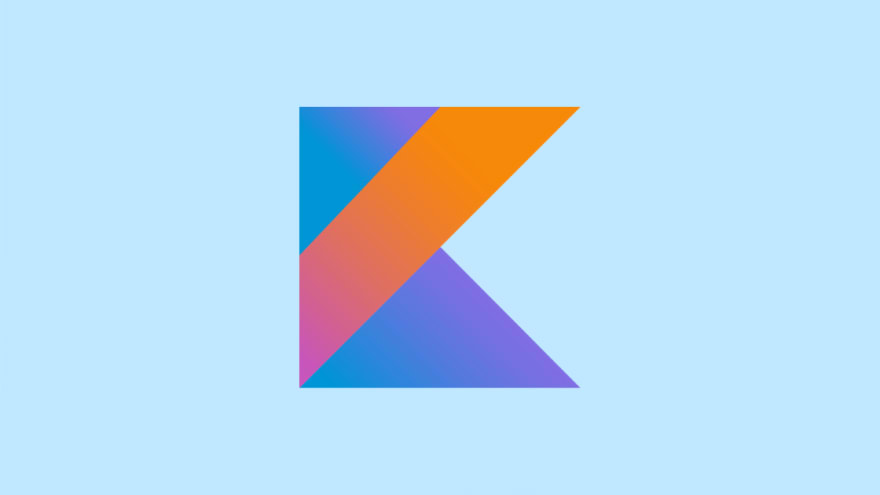 The programming language Kotlin developed by the IT-company JetBrains has become the official development language for Android. This was officially announced at the Google I/O conference in 2017. It is quite possible that soon the apps for Android devices will be written exclusively using Kotlin, so those wishing to progress in the mobile development direction are advised to take a closer look at it. Since Android apps will soon be completely switched to Kotlin, multiple companies have started using it.

Kotlin language has easy to understand and laconic syntax, full compatibility with Java, and a growing community. Most of all, it has strong support from Google.

The job market has steadily been demanding more and more kotlin developers.

The average global salary of Kotlin developers is $75k.

So the main conclusion that can be drawn from these recent trends in languages, is that functional programming is on the rise. There is an upward trend for raw power and performance optimization. And most importantly, there is a need for developers to keep updated with these languages.

It can be really intimidating when you start out in one of these languages and don't which clear pathway you should take. That's why we have been working on a free and open-source community hyperlog.club where you can go through aggregated resources from the internet to master any given technology. We are currently slowly expanding our library. Since we are completely open-source, you can even contribute to our growing list of resources. You can join the community discord server right now.

Do you think these programming languages will dominate the market in the coming years? Let me know your thoughts on it in the discussion on dev.to

You Should Use Releases on GitHub

What happens in a day of an open-source maintainer?

Once suspended, brainbuzzer will not be able to comment or publish posts until their suspension is removed.

Once unsuspended, brainbuzzer will be able to comment and publish posts again.

Once unpublished, all posts by brainbuzzer will become hidden and only accessible to themselves.

If brainbuzzer is not suspended, they can still re-publish their posts from their dashboard.

Once unpublished, this post will become invisible to the public and only accessible to Aditya Giri.

Thanks for keeping DEV Community 👩‍💻👨‍💻 safe. Here is what you can do to flag brainbuzzer:

Unflagging brainbuzzer will restore default visibility to their posts.