Hi everyone! This is my first "live" / non-ported-from-hashnode post on dev.to! I'm excited to be here and hoping everyone finds this useful. If this is the first post of mine that you're reading, I'm doing a series on what it's like as a young developer. I just started a full time dev job at the beginning of July 2021, and each week I spend a little time reflecting on what I've learned, partly for myself, but also in hopes of helping out others who are also starting out on their dev journey and wonder what it's like!

What I worked on

Upgrading packages. We use Elastic's UI library, and I needed to update that because of some bug fixes they recently made. Turns out, it's both easier and harder than upgrading my iOS software 😂. But really, I started out by overcomplicating it, then realized I just have to update the package.json file with the version I want, then delete node modules, and then yarn/yarn install. That led me to my second thing I learned which was...

NPM is not the same as yarn! Not that I ever really thought it was, but our environment uses yarn, so when I was trying to upgrade with NPM, it made for some weird problems. What's the difference? They're both package managers, and they handle adding and updating new packages, as well as running specific commands within them. I kinda think of it as the App Store? But I'm not sure that's a perfect metaphor. Yarn is a newer version of NPM, and according to my team, a better option. There's pros and cons for both. It seems NPM is technically more popular, based on downloads and google trends. Yarn seems to work better in terms of performance. I did some googling around just to get more familiar with them, and what I learned is... probably doesn't matter which one you use cause they're both good.

I also worked on creating some features in our app to allow autosaving on new case creation! It only saves to local storage (for now), and it's not a completely new feature because we already had it on comments, but it was cool to take something and replicate it a slightly different way to add new functionality. Check it out!

What to do when you don't feel like a developer

I struggled earlier this week - call it the long weekend, call it surviving a hurricane, or just call it a really stubborn bug - but I had a day where I swear it felt like more senior people had to straight up tell me exactly what words to type on a screen to solve a problem.

It was a little disheartening, and I'm sure it's not the last time I'll feel it. So just in case you're over here reading about everyone's programming wins and you're feeling like you maybe didn't have one today or this week, don't sweat it. You're not alone.

As Hannah Montana once said...

Here's a few helpful things I found to do, and I hope you'll find them helpful, too.

*1) Take a break and walk away. * This is pretty good advice all the time even when you're not having a hard day but just generally stuck on something. Walk away. I know it's hard... you feel like you need to work harder on something you're struggling with, you feel lazy if you take a break. But sometimes you literally need distance and to turn your brain off for a few moments. Imagine putting a lot of weight on a foot that's hurting. You wouldn't keep pushing on it would you? Nah you'd take a break.

2) Remember how far you've come. Take a pause and remember where you were a week ago, a month ago, a year ago. That's one of the reasons I like writing on this blog, it forces me to write down something new I've learned each week so I can see growth. And that's just weekly! A month ago, I was barely able to get simple PRs all along on their own, now I can do it with more advanced things! A year ago, I was still working in marketing. Progress!

3) Ask for help. I don't usually feel too bad asking for help, but a lot of people do. And sometimes I do if I feel like I've already asked a lot of questions that day/week, I am going to look stupid if I ask more. But people understand you're new and getting your sea legs... I read that it often takes people 3-6 months to really be "useful" feeling members of a team, so if you have a day or two where you don't feel useful, don't worry! No one is expecting you to be useful 100% of the time. And I know I personally love when people ask me questions cause I feel smarter when I do know things :).

4) Have a drink. Okay you can't technically probably do this on work hours, depending on where you work. But seriously, just make it through the day and take it easy afterwards. Relax, have a drink and just chill, and decide to try again tomorrow.

Check out my Support Challenge Coin!
I just got this for working on the support app that I've been working on and I'm so excited! I'm getting a fancy glass case for it so I can display it on my desk and not worry about losing it 😂. 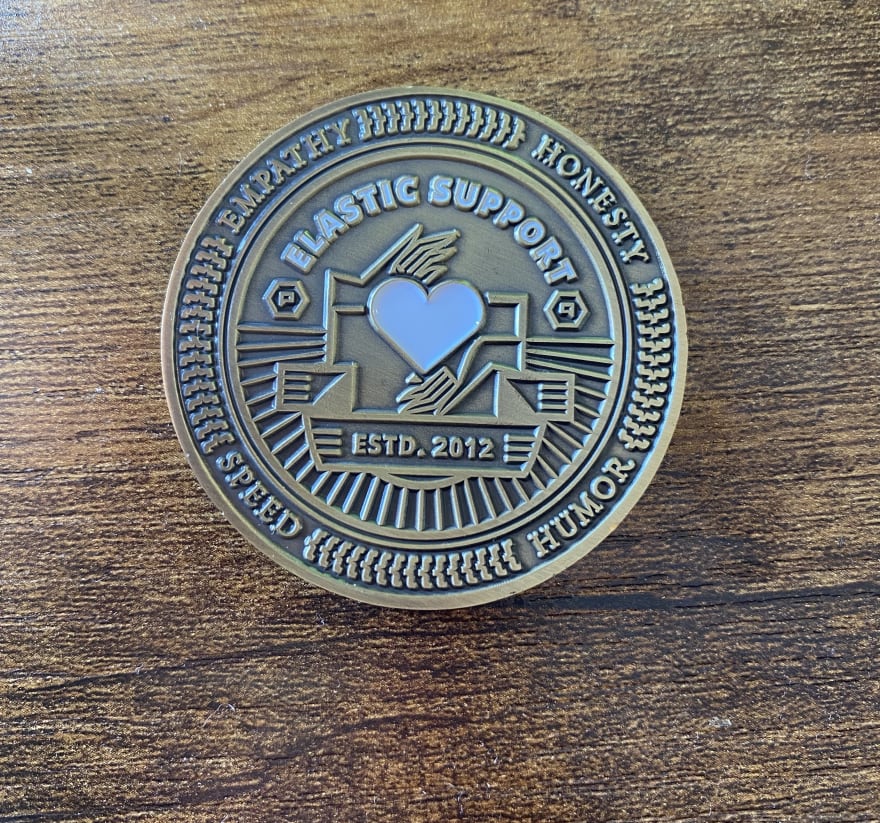 VTO: Volunteer Time Off
Elastic offers a super special benefit, which is 40 hours a year of VTO (volunteer time off). I've gotten lazy about using it this year, but I'm picking it back up starting with a local cat shelter. Look at these little cuties I got to work with today. 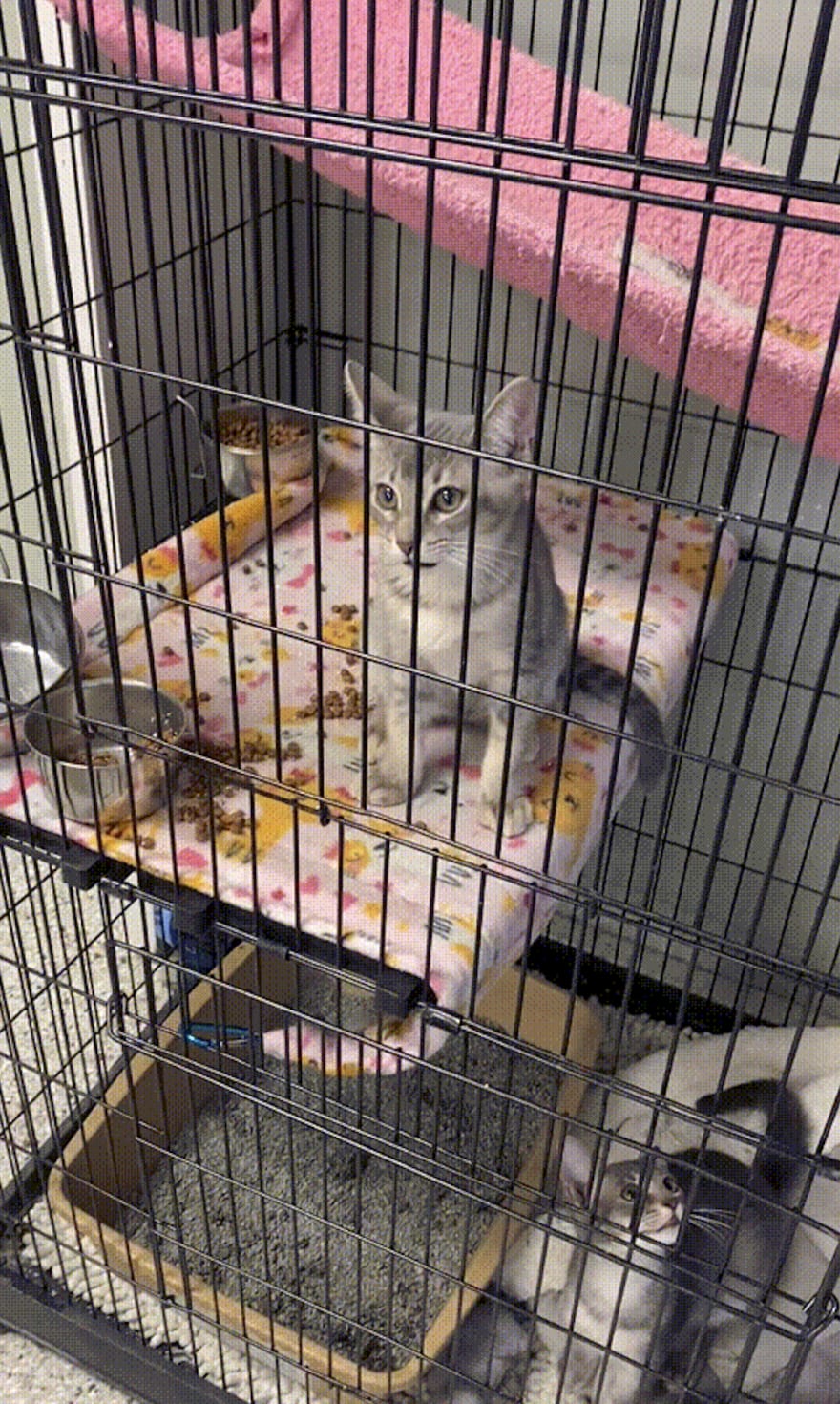 Want to come work with me and build cool things and get paid to go volunteer places like this? We're hiring!

The Paradox of a Software Developer

Once suspended, britt_joiner will not be able to comment or publish posts until their suspension is removed.

Once unsuspended, britt_joiner will be able to comment and publish posts again.

Once unpublished, all posts by britt_joiner will become hidden and only accessible to themselves.

If britt_joiner is not suspended, they can still re-publish their posts from their dashboard.

Once unpublished, this post will become invisible to the public and only accessible to Brittany Joiner.

Thanks for keeping DEV Community 👩‍💻👨‍💻 safe. Here is what you can do to flag britt_joiner:

Unflagging britt_joiner will restore default visibility to their posts.