Secrets are a fundamental, yet complex issue in software deployment.

Solutions such as KeepassX are simple to use, but quite impractical when it comes to automation.

More complex options like Hashicorp Vault are extremely powerful, but harder to set up and maintain.

When it comes to storing securely and sharing passwords in a team, it is hard to come up with a more simple and efficient solution than Git and GnuPG combined.

Pass is a shell script that does just that. Inside a Git repository, Pass stores passwords in individual files encrypted for all private GnuPG keys in the team. It features a CLI to manipulate passwords, add new entries, or search through existing passwords.

However, Pass is quite limited in its features, so another project was born a few years later, to provide a new Go implementation of the Pass standard. Its name: simply Gopass.

Gopass is provided as binaries you can download from the releases page on GitHub.

Here are some of the features that make Gopass a great tool.

While pass allows you to have a single Git repository with your passwords, Gopass lets you create multiple repositories called "mounts", which is very useful when you want to share different secrets with different people:

Each Git repository can be set to encrypt passwords for multiple GnuPG keys.

The .gpg-id file at the root of each repository contains the list of public keys to use for encryption, and the .public-keys/ directory keeps a copy of each key, making it easy for collaborators to import them into their keyring before they can start encrypting passwords for the team.

Gopass helps you find entries when the key you gave it doesn't match an exact known path:

When the second part of the content (lines 2 and following) is a valid YAML document, you can query these values by providing a key, for example:

Starting with Gopass 1.9.3, you can also query subkeys using either a dot or slash notation:

This makes it extremely powerful to store several fields in the same secret.

Gopass allows to store TOTP keys alongside passwords. For example, you can have the following secret, stored at terraform/service.io/api:

In addition to retrieving each field with the corresponding key, you can also generate TOTP tokens with gopass totp:

Gopass can be easily integrated into projects for deployments or CI/CD tasks.

The easiest way to integrate Gopass is probably to use Summon. 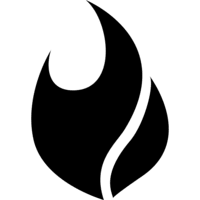 Summon is a tool which dynamically exposes environment variables with values retrieved from various secret stores. gopass is one of its possible providers.

Setting it up to use gopass is rather straightforward. We use a simple wrapper called summon-gopass, which needs to be in your PATH:

You can also simply make summon-gopass a symbolic link to your gopass binary, but subkeys won't work in this case.

Summon lets you provide a local secrets.yml file which defines which environment variables you wish to define, and how to find the values.

Here's a simple example of a secrets.yml file using the secret we defined earlier:

You can test this setup by running the following command in the directory containing secrets.yml:

The output should contain the 3 variables with the values stored in Gopass.

While the format above allows you to expose simple secrets as variables, it is not very practical when you need secrets exposed as files.

Summon covers this need however, using the file flag. For example:

If terraform/service.io/ssh is a secret in Gopass whose private_key YAML field contains an SSH private key, then Summon will extract this secret, place it into a temporary file (in /dev/shm by default) and set the SSH_KEY variable with the path to the file. After the command returns, the temporary file will be delete.

You could then use such a secrets.yml file with:

Another useful example is to store a Kubernetes cluster configuration in Gopass, e.g.:

With the following secrets.yml file:

You can then work on the Kubernetes cluster with kubectl using:

A simple way to pass variables to Terraform is to declare them and use summon to pass the values:

You can then run summon terraform to dynamically pass these secrets to Terraform.

Another possibility is to use Camptocamp's Terraform Pass Provider which lets you retrieve and set passwords in Gopass natively in Terraform:

The provider exposes the secret with the following properties:

The most standard way to store secrets in Hiera is to use hiera-eyaml, which stores secret values encrypted inside YAML files, using either a PKCS7 key (default) or multiple GnuPG keys (when using hiera-eyaml-gpg).

If your passwords are already stored in Gopass, you might want to integrate that into Hiera instead.

The camptocamp/hiera-pass module provides two Hiera backends to retrieve keys either as full Gopass secrets, or as keys inside the secrets.