Perhaps it would be good to take a tour far back to 2008 and give our audience a picture of where, we as a business, came from.

Originally Catawiki was built by two Dutch gentlemen (René and Marco) with the idea to help collectors around the world organise and exchange their items. As it usually happens, one of the founders (René) thought the idea could actually work as he was himself a passionate Tintin comic strips collector. And the other founder (Marco) knew how to build it.

Catawiki went live in 2008 and was designed as a catalog system with detailed information about items as if it were a wiki. Hence where the Catawiki name comes from!

Just a few years after, in the mid-November of 2011, Catawiki hosted its very first auction. Since then the Catawiki business as we know it today started taking off.

And if you are curious about what was the very first lot that was auctioned and successfully sold on Catawiki, here you go 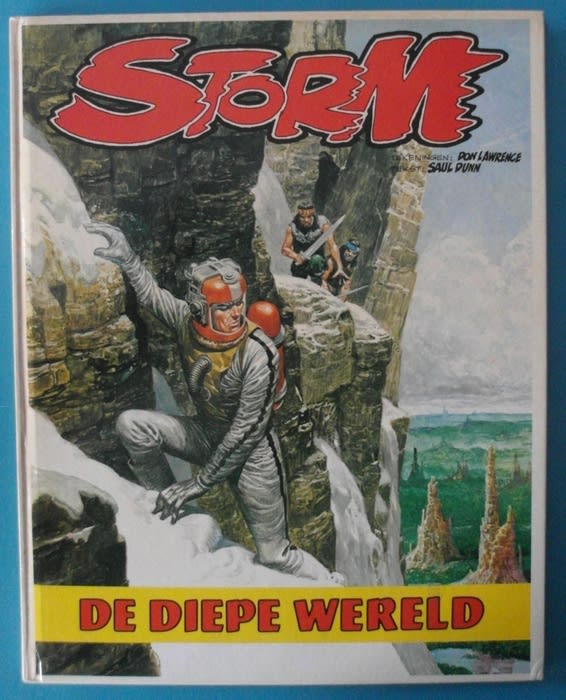 “Storm 1 - De diepe wereld, Hardcover, 1e Druk 1978” was our very first lot sold in Comics Auction (Dutch). Starting with the initial bid of just €5 the price rose x17 times and it went for an impressive €85!

Storm is a soft science fiction/fantasy comic book series, just one of many others you can find on Catawiki platform among many-many other objects. Stamps, coins, paintings, jewelry, cars are just some of the dozens of object categories. Whether you are a passionate enthusiast or a collector seeking for a missing piece, you have a pretty high chance to find what you’re looking for!

Wow, what a “selling” detour we’ve just made! 😊

Let's think for a moment about the tools we employed back then to bring Catawiki online:

Throughout the years we’ve changed quite a few things: half of the stack was replaced with more modern tools and another half has changed so much that you can hardly find a similarity. And of course, we have added a few dozens of newer tools and technologies! 😅

What stayed the same was continuous change. That thing which is not always easy and many times compared with “changing the tires of a car which is running at full speed, staying on top of it”.

And this is exactly what we will be talking about in our next blog posts!

Once unpublished, this post will become invisible to the public and only accessible to Vladimir Bobrov.

Thanks for keeping DEV Community 👩‍💻👨‍💻 safe. Here is what you can do to flag catawiki:

Unflagging catawiki will restore default visibility to their posts.