This morning I was counting the number of days from an appointment on my calendar. "0, 1, 2, 3..." I muttered under my breath. Good thing I said it out loud, or I wouldn't have caught my mistake. That's what spending hours on array-based JavaScript challenges does for you!

I got a chuckle out of it, but it made me wonder why most programming languages count from zero in the first place. I'd known before and completely forgotten. So join me while I learn some computer science.

First of all, let's clarify-- we're not actually counting from zero, we're indexing from zero. This comment by mowwwalker on stackexchange was enlightening to me:

"Woah, woah, no one counts from zero, we index from zero. No >one says the "zeroth" element. We say the "first" element at >index 0. Think of the index as how far an element is offset >from the first position. Well, the first element is at the >first position, so it's not offset at all, so its index is 0. >The second element as one element before it, so it's offset 1 >element and is at index 1 – mowwwalker Apr 5 '13 at 14:32"

I found this comment helpful in adjusting my perspective, but it's not why we count from zero. The answer lies in the approach that influential computer scientists took, like Dijkstra.

Edsger W. Dijkstra made monumental contributions to computer science, including algorithms, new concepts, methods, theories, and general areas of research. He was also a proponent of starting from zero. 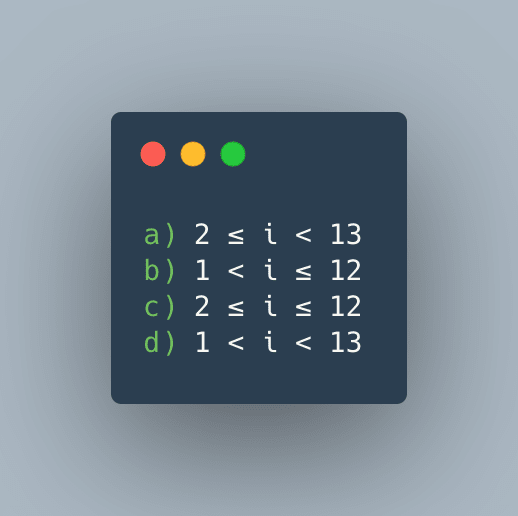 In his paper, Dijkstra eliminates c) and d) since the they lack the advantage of a) and b). That is, in a) and b) the length of the subsequence is equal to the difference between the bounds (in these cases, 11), and if you had two adjacent subsequences the upper bound of one would equal the lower bound of the other.

Ok, but which is better, a) or b)? Djikstra points out that b) excludes the lower bound in its notation. That's inconvenient, since if you started a subsequence at 0, like 0,1,2 then you'd force the notation into using unnatural numbers, like so: -1 < i ...

As Dijkstra says, this is 'ugly', so we go with method one.

If we're going with method one, then how do we denote the elements "by subscript," or, I believe, like mowwwalker says, how far each element is offset from the first position. Dijkstra's answer is simple: 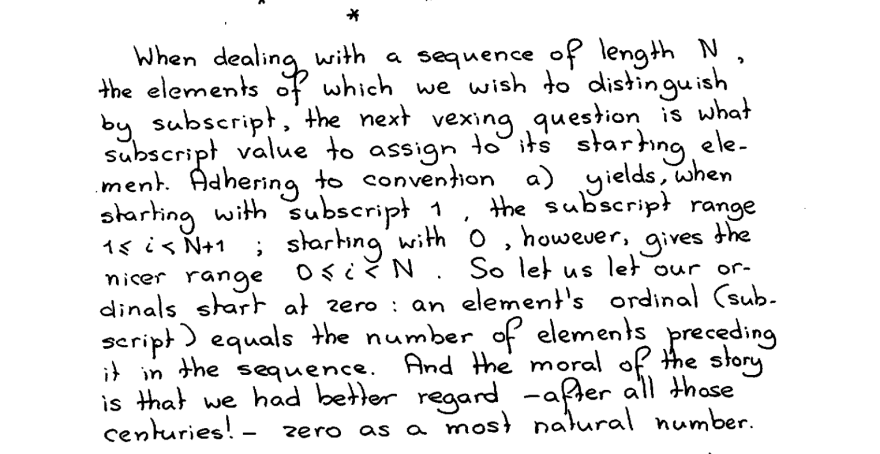 The influence of Dijkstra, and, I assume, other computer science giants, now explains why most programming languages start at zero.

My curiosity satisfied, I return to my coffee and ginger cookies on a fine Sunday morning.

How to debug an Azure App Service with Visual Studio 2022

How to login with magic link in LARAVEL 9?

Once suspended, cerchie will not be able to comment or publish posts until their suspension is removed.

Once unsuspended, cerchie will be able to comment and publish posts again.

Once unpublished, all posts by cerchie will become hidden and only accessible to themselves.

If cerchie is not suspended, they can still re-publish their posts from their dashboard.

Thanks for keeping DEV Community 👩‍💻👨‍💻 safe. Here is what you can do to flag cerchie:

Unflagging cerchie will restore default visibility to their posts.