A recent federal rule change has banned neural networks designed to process geospatial imagery from distribution under the Wassenaar Arrangement. This technology, as with strong encryption before it, has been classified as a dual-use technology and is therefore subject to many of the same restrictions as exporting arms.

The new rule defines the covered software as that which "provide a graphical user interface that enables the user to identify objects (e.g., vehicles, houses, etc.) from within geospatial imagery." It must also "Train a Deep Convolutional Neural Network to detect the object of interest from the positive and negative samples; and identifies objects in geospatial imagery using the trained Deep Convolutional Neural Network."

In a briefing paper from 1998 titled 'The Myth of Superiority of
American encryption products' Henry B. Wolfe discusses how contrary to the assertions of the Commerce Department who believed American encryption was superior in fact encryption was widely available, saying "Anyone with an interest in that body of knowledge can have access to it. No geographic attribute significantly influences the qualities necessary to be a cryptographer or gives citizens of one nation any advantage over those of another."

Wolfe cites several examples of both symmetric ciphers and public key ciphers, including two from New Zealand. LUC was developed by Peter Smith of Auckland. LUC has been subjected to deep analysis by the cryptographic community and has been found as secure as RSA. New Zealand export controls did not prevent licensing globally. William Raike, a former American mathematics professor living in New Zealand developed the RPK public key crypto system. This crypto system was subsequently employed at SecureMedia, a company developing products to protect distribution of digital works.

Do the Americans have special AI capabilities?

The foundation of the argument that AI technologies should be restricted is that they may aid an adversary. The question is whether America has a significant technical lead in Deep Learning that is not already widely available.

There are in fact easily accessible examples of technologies which can be trivially applied to develop exactly the kind of functionality described in the new rule. An example can be found with Fast AI, which is both a Deep Learning and Neural Network library and a teaching resource. In Part 1, lesson 3 satellite imagery is used to train a neural network to identify objects in images. 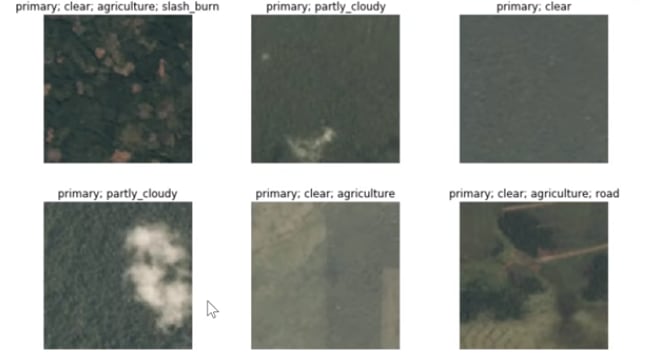 In fact Deep Learning has been a open source effort. Perhaps one of the best examples of the open culture of the AI community is OpenAI, whose mission is "To ensure that artificial general intelligence benefits all of humanity." The most popular deep learning tools are all open source software, including Tensorflow, PyTorch and FastAI.

The underpinning mathematics of Deep Learning is now well understood, and so even if the software was not directly available anyone could develop it. There is no reason to believe that a nation state with the will and resources could not easily develop the technology based on what is already openly available.

The impact of export restrictions on technological development

If export restrictions had no impact on the availability of strong cryptography to the adversaries of America what was the price of this regulation?

With the development of the Internet came the ability to shop online. In order to establish a reliable way of transmitting confidential information such as credit card details needed to be found. Browsers introduced a new feature called 'Secure Sockets Layer' or SSL. However the algorithmic strength implemented was weakened for the international market while the US domestic market had full strength keys. The weaker cryptographic keys were broken, and thus users could no longer trust the security of their transactions.

US Companies worked around the export restrictions in several ways. One approach was that used by browsers, to have multiple versions of the software for international and US domestic. Some companies simply made the decision not to sell products internationally, and as a result lost market share to international competitors.

Might we expect the same kind of impacts to be felt in the AI field? Products employing Deep Learning technology to identify objects in images is now quite common. Applications include finding tumors in scans or biopsies, identifying eye disease and many other beneficial civil applications that never the less would be technically capable of being used for identifying objects in images. 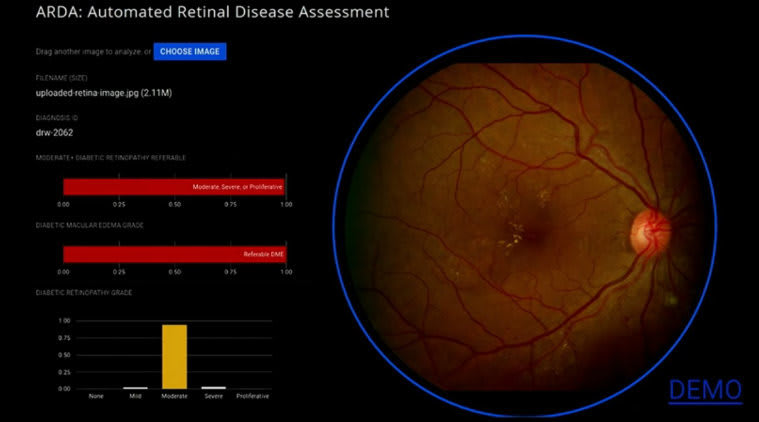 There is nothing special or unique about finding objects in geospatial imagery which requires fundamentally different technology or algorithms than finding cancer cells in a biopsy image. The same technology is capable of doing both.

However, Deep Learning algorithms are more general still. The core libraries and algorithms used are the same for any Deep Learning Network. The configuration of the networks may differ, but the fundamental building blocks which make the core functionality possible is the same across multiple applications.

Because of the significant penalties that breaching export controls has we could expect to the same approach taken to AI as with cryptography; that is companies will simply decline to export at all, instead with a focus on the domestic market, leaving other international markets to other competitors. Unlike cryptography there is no 'weak' version that would pass export controls.

The vague nature of the rule itself lends to uncertain interpretation. No doubt the intent of the rule is not to cover medical applications, but could systems capable of medical analysis be almost functionally capable of exactly the kind of analysis banned if simply fed geospatial data? Might we expect the same kind of competitive disadvantage result from this ban that we saw with cryptography?

Artificial Intelligence is hardly a field exclusively dominated by America. Leaders of AI technology come from around the world. Currently there is a culture of openness and cooperation among artificial intelligence researchers. Furthermore there is a genuine reluctance to see this technology employed for military applications.

Should this kind of cooperation be undermined with bans which can result in individual researchers serving prison time, as occurred with encryption, there will be a chilling effect on American researchers collaborating in the international community. This isolationism will probably harm progress in much the same way it did for encryption products.

The ban on this technology telegraphs the intent of the US to militarize Deep Learning to identify targets in other countries. There are few other countries which has the ability to either collect imagery of the kind necessary for this kind of application, or the weapons necessary to utilize the resulting targeting data in hostile actions.

The adversaries that have these capabilities are Russia and China. Both nations have the economic power to commit significant resources into projects to develop technology independently. If anything this ban only telegraphs to these nations that the US has an active program, and thus they should start an AI arms race.

Thanks for keeping DEV Community safe. Here is what you can do to flag cheetah100: