In a pursuit to monitor our Kubernetes Cluster we often need the right set of tools to capture, the right metrics. Although there are a couple of tools present already, today let’s discuss Kube-state-metrics. 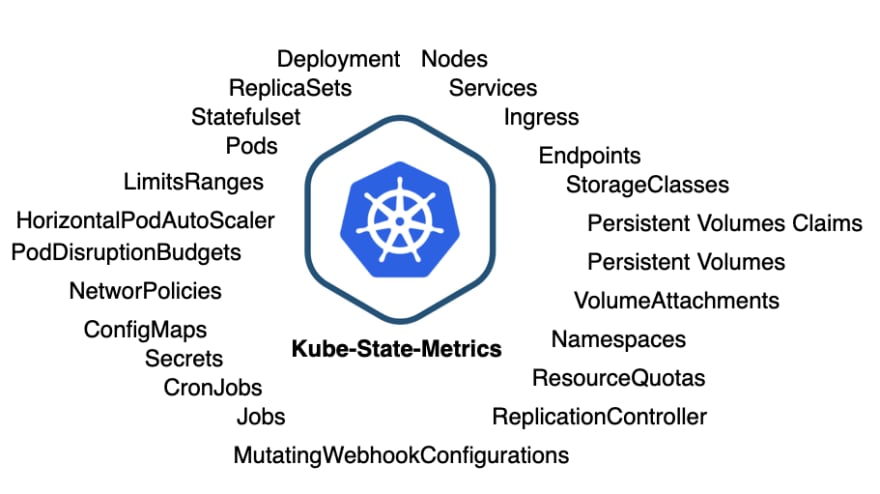 This will go ahead and install all the components needed such as ServiceAccount, ClusterRole, ClusterRolebinding along with Deployment, and Service.

Let’s test it locally, by exposing the service, run the command

As we already, know Kube-state-metrics is Prometheus friendly let's get started with scrapping the Kube-State-metrics with Prometheus.

Assuming that you have already installed on Prometheus on your cluster, you can use the above Prometheus Configuration to start scraping metrics.

if you found this article useful, feel free to click ❤️ heart many times or share it with your friends.

Oracle Database on Docker for Development

Once suspended, chrisedrego will not be able to comment or publish posts until their suspension is removed.

Once unsuspended, chrisedrego will be able to comment and publish posts again.

Once unpublished, all posts by chrisedrego will become hidden and only accessible to themselves.

If chrisedrego is not suspended, they can still re-publish their posts from their dashboard.

Once unpublished, this post will become invisible to the public and only accessible to chrisedrego.

Thanks for keeping DEV Community safe. Here is what you can do to flag chrisedrego:

Unflagging chrisedrego will restore default visibility to their posts.