When building/maintaining vm images, containers, and servers as part of your infrastructure or CI/CD pipeline how do you verify that you built the right thing?

opunit verify is a simple open-source tool that will run sanity checks against an environment. Things like, is a service running on a port, can my instance resolve dns, did the right version of a package/tool get installed?

Running opunit, will then give a test report, much like a mocha or other testing frameworks. 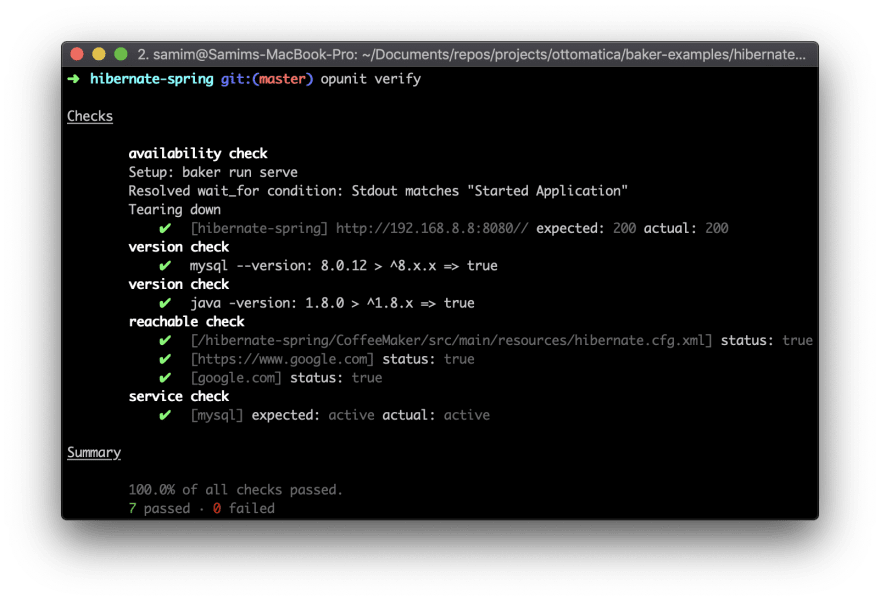 To setup the checks, you just need to provide a simple configuration file:

You can also connect to running containers or remote servers:

Try it out! Request any new features you think would be cool!

Why Kubernetes Is So Complex

Once suspended, chrisparnin will not be able to comment or publish posts until their suspension is removed.

Once unsuspended, chrisparnin will be able to comment and publish posts again.

Once unpublished, all posts by chrisparnin will become hidden and only accessible to themselves.

If chrisparnin is not suspended, they can still re-publish their posts from their dashboard.

Once unpublished, this post will become invisible to the public and only accessible to Chris🌱Parnin.

Thanks for keeping DEV Community 👩‍💻👨‍💻 safe. Here is what you can do to flag chrisparnin:

Unflagging chrisparnin will restore default visibility to their posts.