As promised in my last post on recursion, which I recommend reading before this article as we will be using it a lot in my examples, I want to take a closer look at the tree data structure in this article. Trees are a non-sequential data structure that is useful for storing information that needs to be found easily. In other words, they are an abstract model of a hierarchical structure (think of a family tree). Trees consist of nodes with a parent-child relationship. 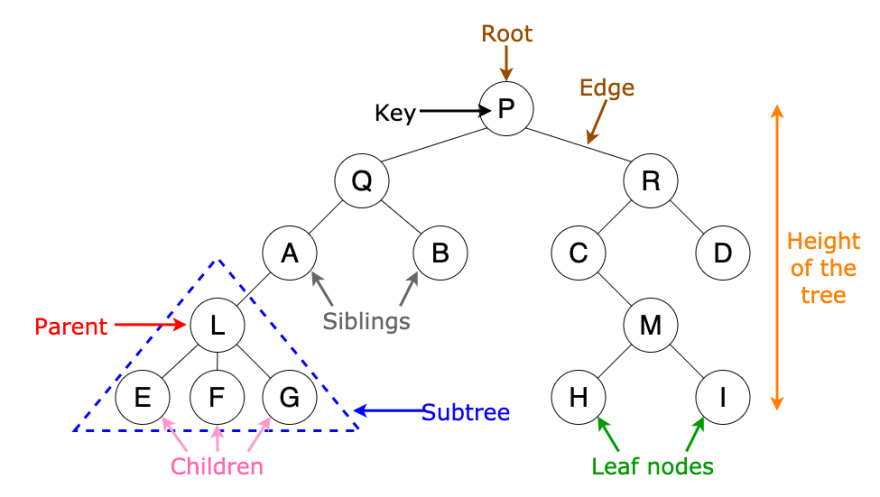 A node in a binary tree has at most two children: a left and a right child. This definition allows you to write algorithms to insert, search, and delete nodes more efficiently. Refer to the image above to see a binary tree and the key vocabulary that I will be using in this article. 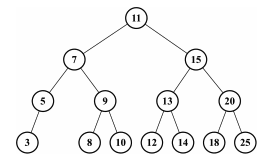 As you can probably guess, a binary search tree (BST) is a binary tree. The key difference is that a BST only allows you to store nodes with lesser value on the left side and nodes with greater value on the right. In case you didn’t notice, this is exemplified in the image above. If you’re having a difficult time understanding how the image is ordered, don’t worry, we’ll go into more detail in the next sections!

Creating the Node and BST Classes

As usual, I highly encourage you to code along with me and to continuously test/play around with whatever we write. To start, we will create our Node class which will represent the nodes in our BST:

Next, we will declare the basic structure of our BinarySearchTree class:

Our next step will be to implement some methods. Here’s what we’ll cover:

Inserting a Node into a BST

To insert a new node into a tree, there are two steps we will follow:

To summarize, insert(data) creates a new Node with a value of data and if the tree is empty, it sets that node as the tree’s root, otherwise it calls insertNode(this.root, newNode). insertNode(node, newNode) is our helper method which is responsible for comparing the new node data with the data of the current node and moving left or right accordingly recursively until it finds a correct node with a null value where the new node can be added.

As an example, if we were to execute the following code...

...we can illustrate the last insert with this diagram: 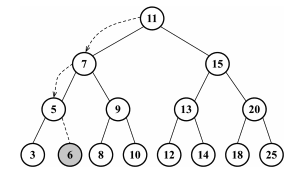 Traversing a tree is the process of visiting all the nodes in a tree and performing an operation at each node. The big question is, how should we go about this? There are three common approaches: in-order, pre-order, and post-order.

An in-order traversal will visit all nodes in ascending order, starting from a given node (optional), and perform the given callback function (also optional). Again, we will use recursion here:

The following diagram shows the path that our inOrderTraverse takes: 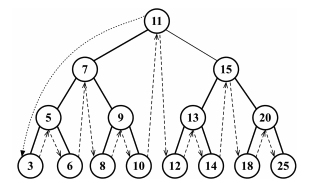 A pre-order traversal visits the node prior to its descendants. Take note of the pretty subtle difference the the order in the code and in the diagram: 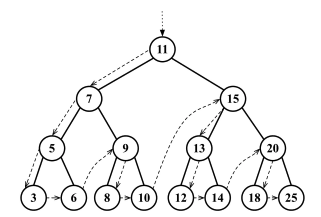 If you haven't guessed already, a post-order traversal visits the node after its descendants. You can probably guess how the code will differ here but be sure to double check yourself with the diagram: 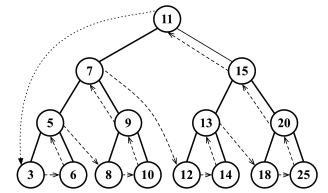 Searching for Values in a BST

I encourage you to give test your code here and you can add in a console.log so you can see which nodes are visited. Even if you aren't coding along, go ahead and trace one of the diagrams in this article and predict the method's path when searching for a particular value. You'll notice how easy it is to find the max and min values too!

Removing a Node from a BST

The remove method is the most complex method we will cover in this article. It's complexity is due to the different scenarios that we need to handle and because it is recursive.

If we end up finding the matching node to be deleted, there are three scenarios to handle which we will discuss in more detail below. These scenarios can be found in the big else statement in the code.

The first scenario involves a leaf node which does not have a left or right child. In this case, we will need to remove the node by assigning null to it. However, don't forget that we will also want to take care of the references from the parent node. Refer to the diagram which shows the removal of a leaf node: 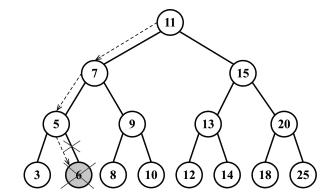 Removing a Node with One Child

The second scenario involves a node that has a left of right child. As you can see in the diagram below, we will need to skip matching node and assign the parent pointer to the child node: 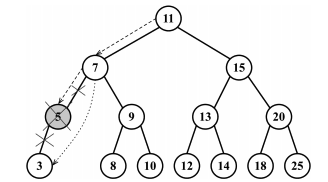 Removing a Node with Two Children

The third and final scenario involves a node with both let and right children. To remove such a node, follow these steps: 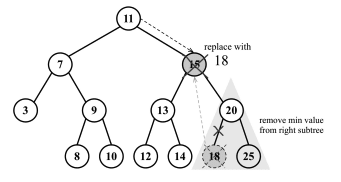 In this article, we covered the algorithms to add, search for, and remove nodes from a binary search tree as well as treee traversal.

For some additional fun, I came across this interesting tool where you can play around with an interactive BST along with many other data structures, created by David Galles. And if you want to learn more about the cover image and how it relates to binary trees, check out this explanation of symmetric binary trees by Larry Riddle (be warned it's pretty math heavy but there are some cool illustrations)!

Christina
Junior Developer at Interplay Learning - Feel free to contact me via LinkedIn or connect on Github, I am always happy to chat with folks from this community!
Use Backtracking Algorithm to Solve Sudoku
#javascript #webdev #beginners #algorithms
New to eLearning? Learn about SCORM
#elearning #scorm #javascript #integration
How to Design an Algorithm
#javascript #beginners #webdev #algorithms