Terminal: an interface where the user types and executes text based commands.

I’ll admit that when I first opened the terminal in 2014, I disliked it. At the time, I strongly believed that using a Graphical User Interface, such as Finder on Mac, was much faster for things like deleting, copying, and creating files and folders. The tutorials and articles I would read kept insisting that the terminal was ðŸ”‘, though, so I kept going.
I’m glad I pushed through and kept learning to use the terminal! Eventually, with practice and consistency, the understanding and speed came. Now I barely use the GUI for managing my file system.
That said, the road wasn’t all smooth. There were a lot of terminal commands thrown at me during my journey. How was I supposed to memorize all of them??!!? At once?!?! 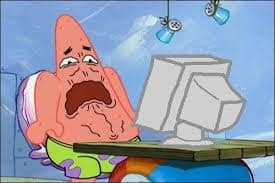 To prevent you from going through the same anxieties. I compiled a list of my Top Fave â¤ï¸ Terminal shortcuts. ðŸ˜

And now for my absolute favorite â¤ï¸: Tab auto-completion!

If you’re trying to remember a command, type at least one letter and hit tab twice and it will show you all the commands available based on the typed characters. If you type enough characters and only one match is left then it’ll auto-complete it for you. This works with all UNIX commands and even your file system.

Now go on and jump into your terminal, start playing with it & work your way towards becoming the terminal-ator. ðŸ˜Ž

If you liked this post, make sure to hit the hit the green heart! ðŸ’š
For more puns and code tips follow my journey on twitter @clickclickonsal
Join the Color Coded slack community by visiting our site and stay in the loop.

This article originally published on the Color Coded Medium publication

What is Firebase🔥 and why should you learn it?