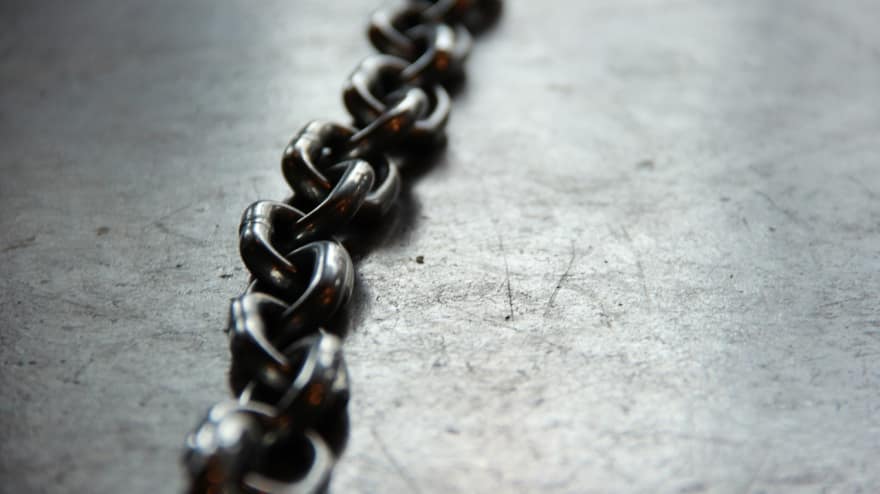 When you first started learning to program, you may have come across the term object-oriented programming. You looked up what it meant and you found out that it’s simply a buzz word for grouping data into “objects” with attributes.

The keyword used to create these objects in many programming languages is the class. You define a class with a constructor and several public and private functions.If you want one class to inherit from another, you write simple inheritance syntax and (wala!) you have created a chain of inheritance.

Of course, this all groovy if you’re anyone but a JavaScript developer. Until ES2015, the language did not implement a class. Instead, it used and still uses a prototype chain. The new ES6 “class” is just a sugary syntactic concoction that hides the inner workings of the prototype chain. Understanding how the prototype chain works is crucial if you want to develop performant code while using JavaScript’s OOP paradigm.

For those familiar (or not so familiar) with computer science, the prototype chain is a linked list. It’s a gross oversimplification, but keeping it simple is the key to gaining understanding. Here’s Mozilla‘s definition of a prototype chain:

The image above is slightly misleading because the last element in a prototype chain is always Object, from which all instances like functions and arrays derive from.How Does thinking of the Prototype Chain as a Linked List help ?

Well, there is one major quirk that we should know about lists. When we want to traverse a list, we have to start from the head of the list. So, in terms of Big O notation, it would take O(n) time to retrieve an element in the prototype chain. You can start to imagine the performance problems you might face if you have prototype chains that are too long.

How Do We Initialize Our Chain?

The first thing we need to do is create a constructor. Coding by pre-ES5 standards, there is no ‘‘classy’’ way to do this. The only thing we do to differentiate a constructor function from other functions is to capitalizing the first letter. Then, we use the new keyword to create an object.
Note: the pre-ES5 example is being used for now to shun the class syntax. We’ll jump back on the ES5 wagon later.

Every constructor we initialize gets a free prototype object as one of its properties. We can name a key and set a value to it.

Already, you can see the advantage of prototypical inheritance. We can add methods to our class without modifying the class definition, letting the chain handle property inheritance. This is what the chain looks like in one instance of our Bat object:

Well, it’s not magic. JavaScript’s engine first looks for the property in the object itself. If it’s not there, it traverses over to the first prototype, then the next…and the next, till it either finds what it’s looking for or hits null.

We can take advantage of prototype chains to perform class inheritance. This OOP method is also called subclassing.

We’re back to using ES5. Object.create() turns a prototype into a stand alone object literal that we can then assign as the prototype of another object. This means we ignore the constructor of the super class when inheriting.
Note: That’s why we invoked Mammal.call(this) within Lion’s constructor so that we could borrow Mammal’s constructor.

Knowing how prototype chain now work, you can see how easy the jump from chaining methods to chaining objects can be.
Here’s the expected output:

Note: To achieve the same result, you can also implement mixins with Object.assign().

Creating methods and inheriting using the prototype chain may seem tedious as compared to the sugary class implementation. Still, what you come to appreciate is the dynamic and modular nature of JavaScript’s language. One important thing to note is that you don’t want to get carried away with prototypical inheritance. Recall this: the charlie.growHair() function had to travel a long way up the chain before it could be executed. Short chains equal better performance.

Codesmith Staffing
Blending the models of a traditional IT Staffing Agency with a Software Development shop, Codesmith Staffing is guaranteed to meet any and all client needs
Why I Decided to Invest in My Portfolio as a Junior Developer
#webdev #career #codenewbie #help
Git Commit Patterns
#git #beginners #tutorial #productivity
10 GitHub Repositories You Should Know as a JavaScript Developer
#webdev #javascript #react #node

Once suspended, codesmith_staff will not be able to comment or publish posts until their suspension is removed.

Once unsuspended, codesmith_staff will be able to comment and publish posts again.

Once unpublished, all posts by codesmith_staff will become hidden and only accessible to themselves.

If codesmith_staff is not suspended, they can still re-publish their posts from their dashboard.

Once unpublished, this post will become invisible to the public and only accessible to Codesmith Staffing.

Thanks for keeping DEV Community 👩‍💻👨‍💻 safe. Here is what you can do to flag codesmith_staff:

Unflagging codesmith_staff will restore default visibility to their posts.