Have you ever wonder, What is Git? what is Github? Are they Brothers?
wait! Your all doubts will be cleared in the Most easiest way.

You can also read my all blogs at codewithgauri 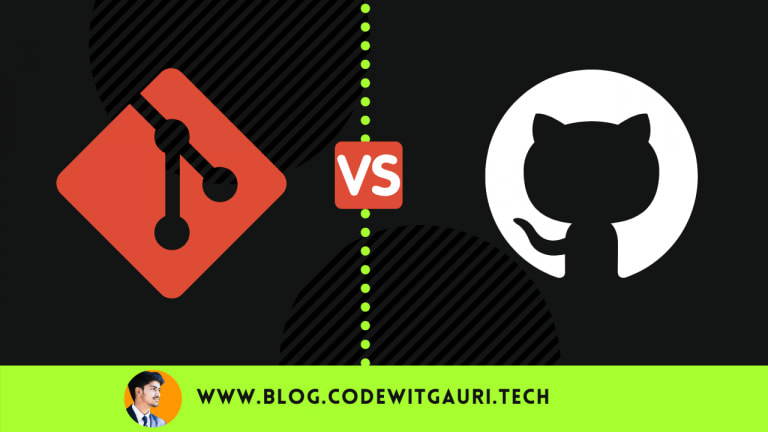 Git is an open-source distributed version control system, Basically the version control allows you to track and work together with your team member at the same work-space to contribute code to the same project in an asynchronous way.

Version control is a system that records changes to a file or set of files over time so that you can recall specific versions later. 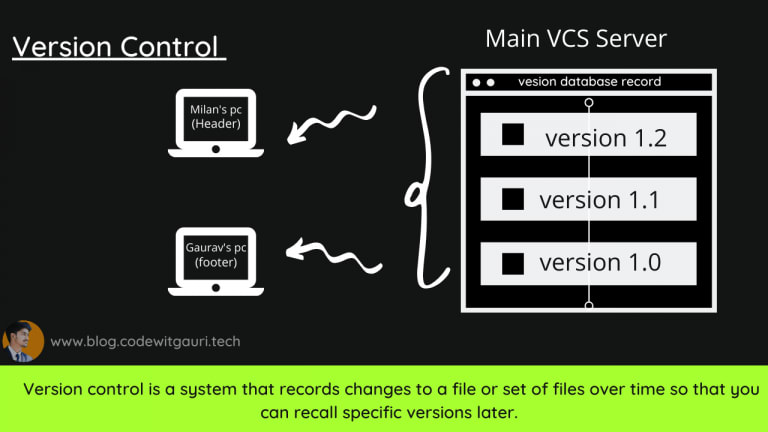 Lets understand this with an example:

Suppose Gaurav and Milan ( two friends), writes code for a project where Milan is working on Header and Gaurav is working on footer, So obviously there is a chance that they will write more things for it as progress. To keep a track of all the different things they have added, they need to use a Version control system.

This is even more important in bigger companies where you have 1000s of developers working on the same piece of software. You need to keep a track of who added what and when. You also need to track the different versions of the software incase you want to go back to an older version as it is more stable than the new one.

Which provides a web-based graphical interface. It helps every team member to work together on the project from anywhere and makes it easy for them to collaborate.

There are lots of advantages of github like, cloud environments are fast, reliable and simple to access from anywhere as long as you have an internet connection. It also means you don’t have to worry about losing everything in an unfortunate event of hardware failure ever again. Sound live saving na? Here Git vs. GitHub duel comes in picture.

Git vs. GitHub- Difference between Git and Github 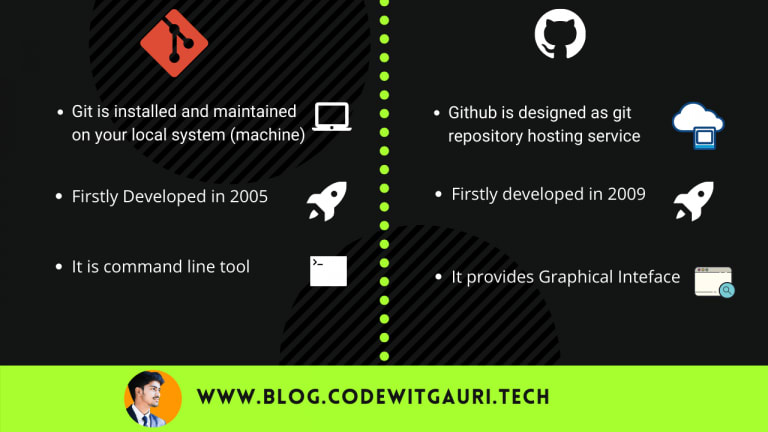 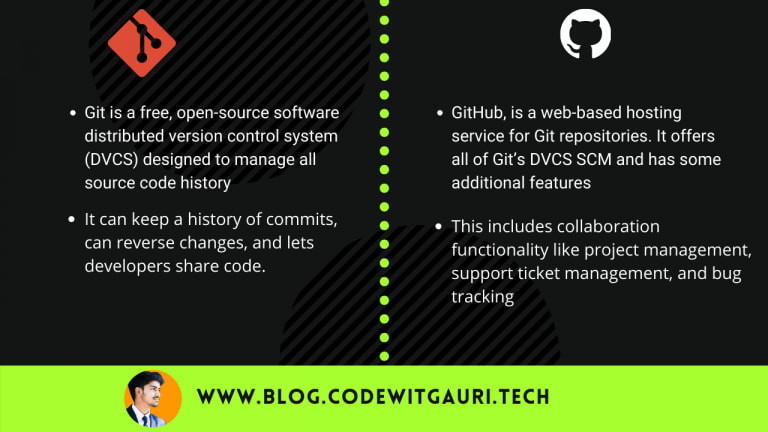 So you can see, there is nothing point of confusion is left between Git and Github, You don’t need to stick to anyone of it. Learn to use both Git and GitHub, use their super powers to amplify your production.

you can also read my all blogs at codewithgauri