This week the Forem team hosted four streams on Twitch during Hacktoberfest. Here is a recap of what we discussed!


Nick Taylor and I gave shoutouts to DEV community members who contributed to Forem last week. We had over 18 PRs merged from 12 different folks 🎉 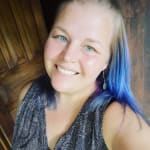 Hacktoberfest Week Four — Thank you to our Contributors on Forem ️


Nick Taylor and I were joined by special guest Vaidehi Joshi, a Senior Software Engineer at DEV/Forem and creator of BaseCS.
Vaidehi answered questions about Forem’s backend architecture, her hobbies, side projects and more.


DEV community member and Twitch streamer Marie Antons joined us on the stream to work on this open issue to add podcast validation.

Thanks to all our viewers who joined the streams and chatted with us this week!

This listing has expired.

We will also be joined by community member Shriyash Jalukar to pair on an open Forem issue.

This listing has expired.

Keep an eye on ThePracticalDev Twitch channel for our streaming schedule.

As we head into the final week of Hacktoberfest, I hope these upcoming streams help you submit those final PRs, learn more about open source, and get to know the Forem team and our community a bit more.

P.S. If you’re curious about the open Forem issues you can contribute to, check out this post: